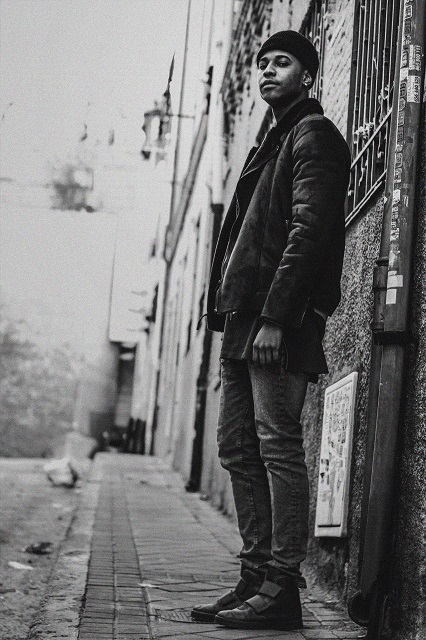 “As long as the mind is enslaved, the body can never be free” ~ Dr. Martin Luther King Jr.

Meeting me for a beer one night in central London, my white, middle-class friend greeted me with these words.

I didn’t bother lecturing him with a history lesson or a long story about how I couldn’t marry my fiance because her father didn’t want a black man in his family.

I just looked him straight in the eye and said, “Don’t call me nigger.”

He never used that word again, and we never spoke about that incident again, though we did remain friends.

This notorious word has been censored, media-doctored, or popularised in “da hood,” and subsequently appropriated by youths of any colour and wannabe gangsters the world over.

Regardless of form or origin, politically-correct euphemisms of the word all amount to one thing: an anaemic pretense which serves only to sugar-coat shit.

I refuse to conform to this self-censorship ideal. I refuse to subscribe to the small minority within my ethnic minority who have attempted to appropriate the word. I will not consent to those who use it casually to set the world standard and confuse its application and meaning.

The black comedian, Chris Rock, summed up this simmering civil war within the black community with his infamous and hilarious tirade, “I love black people, but I hate niggas!”

So where did this weighted word come from? The word nigger began to be used in the 16th century as a neutral term referring to people with black skin. It derives from the Spanish noun negro, that in turn derives from the Latin adjective niger, simply meaning black.

Over the course of the Atlantic slave trade, the word nigger became less of a neutral adjective to describe skin colour and more of a derogatory term—a racial slur.

Throughout history, it has been spelled in many ways: niger, neger, negar, nigor, nigre, nigra, niggur…making the modern use of “nigga” as some kind of empowering alternative appear ludicrous when viewed in proper historical context.

Bill Maher, a white American political commentator and satirist, recently got into hot water when he was asked on live television by Republican Senator Ben Sasse if he would like to help out as a farm-hand in Nebraska. With sharp comic timing Bill replied, “Work in the fields? Senator, I’m a house nigger!”

I suspect we have all been guilty of laughing at inappropriate jokes at one time or another, and I admit, I thought Bill Maher’s joke was funny, yet at the same time, inappropriate.

With the Politically Correct Inquisition (PCI) immediately baying for his blood and his job, Bill was urged to make a public apology.

A week later, again on live television, and in the presence of renowned black academic and an iconic rapper, Ice Cube, Bill made his genuine apologies. He was duly chastised, rightly forgiven, and given a suspended sentence by the black jury of two, much to the chagrin of the PCI, who had been calling for and expecting a summary career-crucifixion, as is their habit.

Ice Cube lectured Bill, “It’s a word, like a knife, it can be a weapon or a tool, and it’s been used as a weapon against black people by white people, and we’re not gonna let that happen again. That’s our word now, and you can’t have it back.”

And yet, the minority of black people using the word as a tool has clearly confused the majority of white people.

We have become so desensitised by repeatedly hearing it, not only in real life, but also in movies and music, that some white people, like Bill Maher and my London friend, assume that it’s now acceptable to use the term casually again.

Clearly, the attempted appropriation of the word by some black people, in a misguided attempt at black empowerment, has not worked. If it had, a mild-mannered white comedian would not have caused such outrage in the black community by using it in jest.

Some white people have become so confused, by undercover politically correct thought-police on one side and gangster rapper culture on the other, that they self-consciously hesitate to use the word black yet feel emboldened enough to say nigger with cool pride.

This is completely back-to-front.

To be clear: the word black, in and of itself, is not racist. As with all words, its context determines its intended meaning. Political correctness has, on occasion, ignored this fundamental linguistic understanding and has zealously gone about banning such things as blackboards in schools and nursery rhymes about black sheep.

I’ll share a secret with you: black people don’t give a damn what we call writing boards or sheep that happen to be black, anymore than Japanese people care one iota that a brick road in the land of Oz happens to be yellow.

What we do care about is peace, prosperity, and racial parity—and we’ll kick some white ass and steal your damn car to get it! You see, now that was an inappropriate joke. I apologise.

“Nigger” is by no means a special word to us any more than a similarly derogatory term regarding any other race. I know of no other ethnic minority that has appropriated a racial slur and wears it as a pretentious badge of honour.

I don’t believe some black people have somehow cunningly outsmarted our antagonists by calling each other nigga. It is all too apparent that we have been freed by the words of the Slavery Abolition Act of 1833 and the Emancipation Declaration of 1863, only to enslave ourselves with an abhorrent word of our former oppression.

Slavery may seem like some distant event in history books, but to put it into a tangible context, slavery ended just 154 years ago, that’s two 77-year-old people living back to back.

So, let me end with a declaration of my own, whether you are my brother or my brotha, as far as I’m concerned the same rule applies, “Don’t call me nigger.”

However, like so many rules, there is one exception…

Who Can Use the Word “Nigga?”

What I fear for My Young Black Men.