Eulogy for the Second Wedding I Will Never Have. 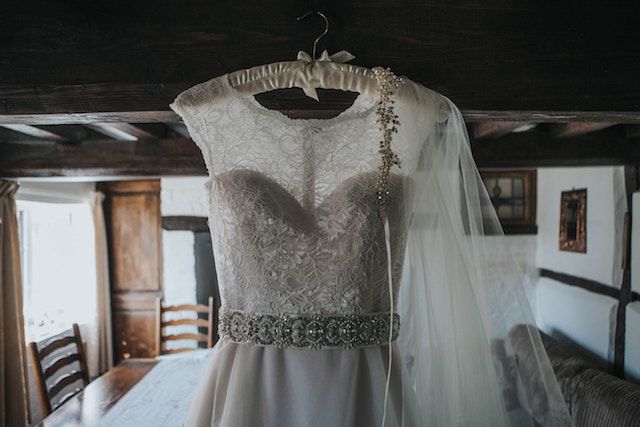 I wanted to marry you.

Let me correct that.

I wanted to be married to you, with you.

I wanted to be your wife and partner as we navigated the treacherous waters of adulthood and parenthood together. I wanted those quiet moments of mundane normalcy in which you realize, in the middle of the dirty kitchen in your two-day-old PJs while rewarming that morning’s coffee at three o’clock in the afternoon, that there is absolutely no where else you’d rather be, and no one else you’d ever want to be with.

I wanted the grocery shopping and the mindless moments sitting watching TV or being on our phones, sitting side by side. I wanted the mundane and the hard work and the tears and the anguish and the arguments—big and small—and the joy and the relief and the triumphs and celebrations of all degrees and a life, as plain and as simple as anything can ever be.

I wanted to marry you.

And as we have both walked down this proverbial aisle before, we both know that a good marriage does not a wedding day make. In fact, weddings can be the most grandiose displays of insecurity and impending failure perceptible only to those of us on the other side of the picture-perfect groom, long ago forgotten at the threshold.

Oh, but how I wanted it, anyway.

We had spoken of not going through the pomp and circumstance again—the expense that could be so much better utilized (a down payment on a house to fit our new amalgamation, or a car we could fit all—now six—of us in, to start), but also the time and the effort and the organization and just…the entire wedding industrial complex. We have both already paid out those dues and subsequently paid our respective prices.

We are two theatre kids at heart, subtle pursuers of the spotlight.

So, of course, there would have been a wedding.

There was no hidden Pinterest board—no mapped out plan to prescribe a version of perfection in a single event. For once, I had made the conscious effort not to write the story, the future, to my liking.

That never stopped the visions, though. Moments, that felt like memories yet to be, crept up when I least expected them, specters of a life yet unlived slowly waltzing behind my line of vision, stealing my breath, and stopping my heart for a millisecond as I absorbed the unfettered bliss and beauty of such visceral imaginations.

A haunting of the future—of hopes for all that could be, might be, would be. A déjà vu, in reverse.

My hair was curled to an effortless bob, a flower tucking my long bangs to the side just so—as if I’d just thrown it up hastily as I grabbed my shoes to head out the door, but a style you’d have known would have taken me over an hour and at least a can of hair spray. My face was dewy and delicate, shying away from my usual bold lips and deathly sharp eyeliner wings to a more ethereal glow befitting a still-youthful second-time bride.

My dress was lace, not too ornate or heavy, just the perfect balance of vintage and modern timelessness. The style shifts from a delicate long-sleeved ivory mermaid gown with an open back to an off-the-shoulder tea-length number in an impeccable shade of dusty lilac—though, usually, it is the gown. Sure, I have worn white before, but we both know that was one of endless times. I did my best with what my previous life had given me.

I wanted to do that over—the perfect dress.

You, as always, looked perfect. You have an excellent sense of style which was clearly reflected in your choice of attire. We looked like ourselves, at our best, somehow making the formality casual, comforting. Just another day—nothing more.

Sometimes, rarely, it was a winter wedding, with snow and a fur wrap and everything hygge as well; but, most of the time, it was spring—right as the Midwest landscape we grew up in came back to life, resuscitated into color.

In other visions, we traveled somewhere not terribly far, to wed in an old building in a storied city, an ornate municipal hall or library, perhaps. Fewer guests, if any, that way. Just you, and me, and the promises of a tangible forever passing between our lips—a promise we know better now. Its sincere and unfailing gravity resonates.

There was always a sunset.

We danced together at dusk, gentle incandescence illuminating the quiet, long-awaited moment. A song you left for me on that first playlist strummed in the background as we slowly swayed and I fought back tears upon your shoulder. You cracked jokes into my ear to break the sweet tension and ease the delighted disbelief that we finally—finally—got this one thing right.

There was a photographer. We splurged on that. Photos of us together were always such a precious commodity.

We would have taken a honeymoon, something neither of us indulged in before. We would have shared that rare and sacred first, as we are most usually just each other’s most recent in most arenas.

I would have changed my last name—feminism be damned.

We would have walked, hand-in-hand, into that new chapter of our lives—a remarried life—with the grace of two souls who have tread through fire to make it this far. And, the resolve of two people who are intimately familiar with what that kind of venture—and its failure—puts at stake.

But, it’s all just a fever dream, now. The remnants of these hidden hopes are immolated in a scattered heap to rid them of their own disease. They are far off in the distance, away from the lives we actually lead. Sacrificed at the altar of the public opinion of righteousness and acceptability, I have watched my quiet longing for this second chance lay bleeding out mercilessly—myself powerless to either makeshift a tourniquet or put it out of its misery.

I mourn its death. I grieve openly in silence. I replay our memories on endless loop, scrolling through the highlight reel of a half-lived life, a second-hand love affair relegated to internal home movies that inevitably will wear out with (mis)use over time.

This vision sneaks in, as if it could manifest itself into an actual event, not just a one-off fantasy. It has existed for so long now among the relics of our past, it is sometimes hard to believe it lived only inside the synapses of my mind and not beyond.

I watch us, at a distance. We danced as the music faded to a low murmur, lights dimmed until our two bodies swaying as one vignette into the sole point of focus. A warm, soft glow emanated from where we stood.

Your arm was around my waist. Your other hand gently held my open palm to your chest. My free hand grasped your shoulder in a soft, yet steady, embrace. Our foreheads bowed and connected; our eyes glistened and sparkled in the fading glow.

We were all the other one could see. 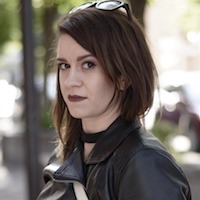