Feminism: A Word with as many Definitions as there are People who Use it. 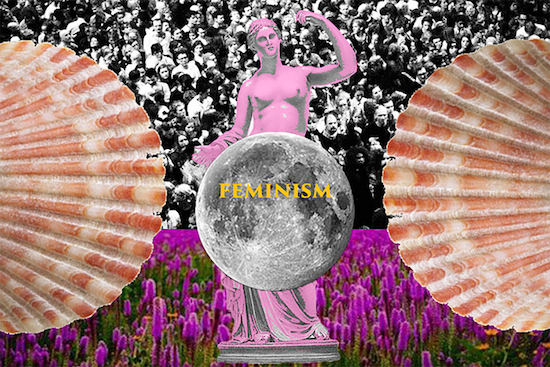 “Listen: You are not yourself, you are crowds of others, you are as leaky a vessel as was ever made, you have spent vast amounts of your life as someone else, as people who died long ago, as people who never lived, as strangers you never met. The usual I we are given has all the tidy containment of the kind of character the realist novel specializes in and none of the porousness of our every waking moment, the loose threads, the strange dreams, the forgettings and misrememberings, the portions of a life lived through others’ stories, the incoherence and inconsistency, the pantheon of dei ex machina, and the companionability of ghosts. There are other ways of telling.” ~ Rebecca Solnit, The Faraway Nearby

I woke up this morning feeling exhausted.

I didn’t sleep well last night; I’m dog-sitting for a family friend and the pooch snored all night, louder than any lover I’ve ever had, and when I turned on my computer after forcing myself out of bed, I was greeted by a long list of blinking notifications, emails, and voicemails that I had to respond to, plus it’s tax season, which makes me want to pull my hair out just thinking about it.

Oh, and when I went out to grab a latte, a man screamed expletives at me after I failed to acknowledge him when he cat-called me.

But I did all the things I had to do, and then I went to the gym, and I ate a killer vegetarian meal with my BFF, and I read a couple chapters of Franny and Zooey, which always helps put things into perspective.

This morning I was exhausted because I’m a human being trying to move through the world fed, clothed, and sheltered.

I’m just the same as you, your mother and father, the Dalai Lama, the POTUS (bless his soul)—and it’s exhausting for all of us sometimes.

And there are so many people, an uncomfortable amount of people, who do not have the autonomy or voice to try and gain a little traction—just a little traction—toward having the choice about what causes their exhaustion, about when the next time they get to eat will be, about whether or not they’ll get pulled over when they drive to the grocery store.

Some people are born into a body, into a country, into a religion or cult that silences their voices and cuts off their free will.

No, we don’t all have the same fighting chance when we know what the statistics say about the color and sex of the majority of the world’s leaders and CEOs, about the life expectancy and education levels of various demographics, about how many cents on the dollar women are paid compared to their male counterparts.

And so on and so forth—just pick your demographic, pick your minority.

And it’s exhausting to move through the world in a vacuum railing against the injustice of the system, hoping one day it won’t feel exhausting anymore to wake up in the morning and spend another day grinding it out against undeniable odds that are stacked against us as a woman, or as a person of color, or as a homosexual, transsexual, or transgendered person.

But live in the world we must; live a life being true to ourselves we must.

So what is there to do?

For me, feminism is currently built upon three things I know to be true (at least for me, for the present). These guide my daily actions toward universal higher consciousness:

1. No matter what I do or say, if it’s not done or said from a place of love, it is not feminism.

Shaming, gossiping, judging, condemning, bigotry, intolerance—anything, even if I think I’m doing the right thing by pointing out the fault of someone else, female or otherwise, is not feminism.

Choosing to get Brazilian waxes to please your partner doesn’t make you any less of a feminist than the women who flaunt their natural bushes for the world to see. If you’re doing something from a place of higher love, you’re absolutely a feminist, a Buddhist, a Christian, an ally (a Canadian, a Norwegian, a Tibetan, and so forth).

2. Everything can change and inevitably will.

If we do not believe that everyone is doing the best they can with the resources they have and the capacity they have in that moment to act, then it is a long, tedious, upsetting path ahead of us.

Do we not ask and hope for forgiveness when we make mistakes or do wrongly unto others? Should we not offer others the same?

Forgiveness does not suggest that we should condone the negative behavior of someone else. Quite the opposite.

We need to consider that those who act in ways we see as anti-feminist or even anti-human will not be strong-armed into anything, let alone respecting females, if they do not first come to that conclusion themselves.

How can we expect someone to act in the most tolerant, pro-feminist, empathetic way possible if they lack the resources or education to know what that even means?

All we can ever do is work on the quality of our own consciousness in every moment.

“Even in our own lives we regress, fail, continue, try again, get lost, and sometimes make a great leap, find what we didn’t know we were looking for, and yet continue to contain contradictions for generations.” ~ Rebecca Solnit, The New Feminist Roadmap

All we can do is strive every second of every minute of every day for the cause of an equal world, rather than trying to change others through force or ill-will. We can act as role models, put ourselves into leadership positions, or find platforms that allow us to lead (those who are open to it) by example. We can raise our children to be open, loving, and tolerant, but we cannot force anyone into anything.

Constantly seeking to expand our knowledge and understanding of the people around us and how the world operates is one of the best things we can do if we hope for a fully engaged, fully conscious, fully equal society.

There is no other solution to enlightening the oppressive members of the patriarchy who have muffled the voices of the oppressed with strong, heavy hands, than to continue to educate ourselves and others—in a non-hateful way.

3. Statistically, historically, it is going to take conscious, hard work and effort to find equality—if not just for women, but for all minority and marginalized groups.

This does not mean we shouldn’t try. It means that every day, we have a choice and a vote for what the future will hold.

I often feel a strong sense of anger and shame and longing for revenge when I consider the inequality I feel as a woman and the injustice I witness against other minority groups.

But I know that as a woman, as a human, I want equality! So that anger and fear must be translated into love and consciousness.

The only productive type of change is the change that comes from within and is itself open to changing and evolving over time as new information arises.

Feminism is but a word with as many different definitions as there are people who use it.

Solidarity must transcend gender, race, age, education levels, marital status. I argue that in the collective striving for consciousness, no one should be left behind.

What can you do today to help make the world a more conscious place? 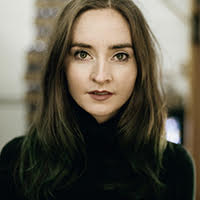 How Elephant Journal Helped me to Believe in Myself Again.