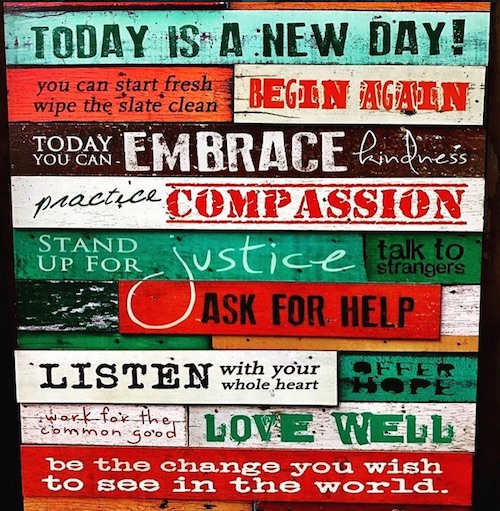 I just returned from a week-long vacation with my family in Lake Como, Italy.

The vibe is laid back, and the people are hearty and friendly.

One of the things that moved me most were the bikers climbing serpentine roads that go upward for miles without respite—the slow pedaling, the muscles and veins flexing in their legs, the resolute expressions on their faces, some subtle pleasure in this pain. It’s not just for the downhills that they endure the steep and unremitting uphill—there’s something about the climb itself that they savor.

A profound metaphor for life.

There’s power and import in exposing oneself to different places and cultures. We find the awareness that the way we live is only one of many alternatives. There are those who live in small villages: they work, they take a siesta in the afternoon, they sip coffee (and later, wine), they eat bread and cheese and pasta and don’t worry constantly about their physique.

They don’t appear to be worrying about much.

I was off social media most of the trip, spending the time with my wife and kids, exploring by day, playing games at night, admiring the view.

Now that I’ve returned, I flip through my news feed. My stomach tenses—I can actually feel the stress creeping over me, even though I hadn’t been aware of its dissipation.

There is one post about new Supreme Court justice, Neil Gorsuch. It is entitled “Neil Gorsuch is everything liberals feared and more.” A friend comments that the country is in terrible trouble.

Another post is entitled “The Most Honest Three Minutes in Television History.” It is a speech by Oliver Stone at the 2017 Writers Guild Awards in which the famed filmmaker essentially asserts that all ills in the world are the result of the democratic capitalism that has been perpetrated by the United States for centuries by both Democrats and Republicans alike, urging his listeners to fight the system.

Fortunately, prior to surfing my feed, I had spent a few minutes reading Nonviolent Communication by Marshall Rosenberg. It is a life-altering book about the way we interact with the world and the potential to mend our relationships with more compassionate speech and more deliberate listening.

It devotes a good amount of ink to empathy—and today, I read that it is more difficult to be empathetic to those with power, authority, or wealth, because we often fail to afford them the same compassion that we readily distribute to those we deem as equals or as less enfranchised.

It is a brief but fascinating point: We fear and/or mistrust those who are more powerful than ourselves, and therefore have a hard time recognizing that they are no less human than we are.

It is true that power can corrupt, but the goal then should be to help those in power to reconnect with their humanity, not to demonize them and convince ourselves—and them—that they are no longer worthy of our trust and compassion.

The most effective way of creating and perpetuating schism is treating the other as if s/he is reprobate and altogether different from those of us who are “good” and “normal.”

The most effective way of resolving conflict and curtailing opposition is by reminding the other, and ourselves, of our shared essence and common core values.

There are few people in the world with whom we cannot find something upon which we agree. Even our ideological opposites share some ideas and values with us in common.

We should start by finding one thing, and then another, and then a third. We should be in the habit of compiling a mental list entitled “On this, we agree.”

We must learn to listen to the underlying desires and needs of others, as we will find they are not so different from our own.

Demonization is perhaps the most pressing threat to our well-being: It removes all empathy and compassion, and it urges us to stop listening, rather than striving to find the underlying values that we share and to which we can relate.

Resistance will drive us further apart. Empathy will enable us to find the commonality that can bring us back together.

Resistance will push us ever closer to civil war, forcing every one of us to take a side and pretend that conflict is inevitable. Empathy will draw the majority of us toward a convergence with which we can work and on which we can build.

It will require compromise, but all healthy relationships hinge on compromise. Those who are unwilling to compromise will never find peace. If we are accusing the other side of unwillingness to bend, we might first look carefully at ourselves to ascertain how willing we are to meet them halfway.

There can and must be opposition without hostility.

There can and must be disagreement without divisiveness.

There can and must be an awareness that those with whom we differ are not necessarily malicious, they are simply diverse.

Perhaps we all need and deserve a vacation. Even if we cannot get away and travel geographic distances, we might take some few minutes every day to voyage out of our accustomed mental borders and personal biases.

The souvenirs of such travel are scope and perspective, which lead us to compassion and empathy.

Empathy breeds empathy. When we develop it in ourselves, we are more likely to foster and manifest it in others. 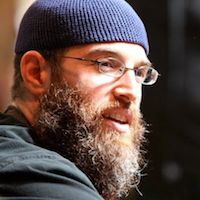