Meet the Artist who Paints your Life to help find the Key to your Dreams. 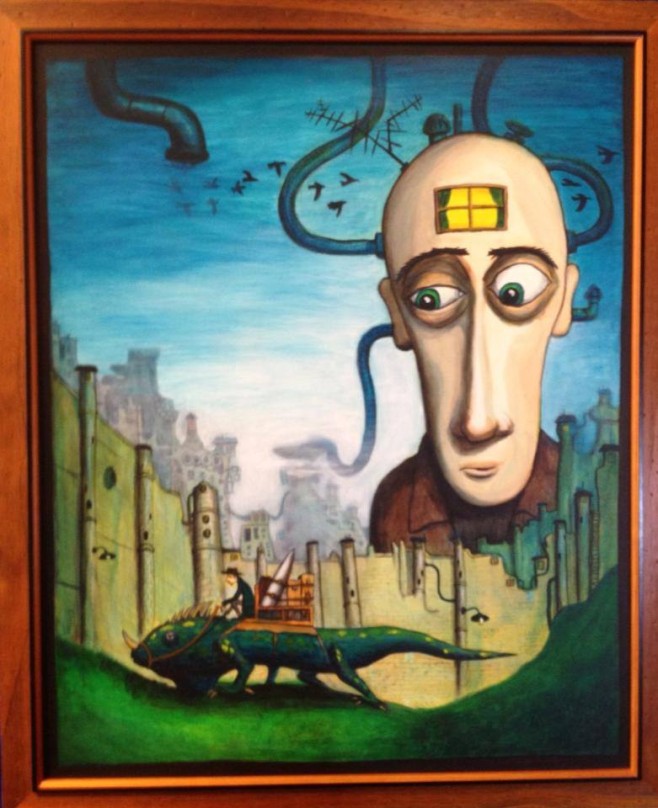 How to Ride your Spirit Animal to your Dreams: Aspen Art Festival 2017.

When Johnnie Grinder sold everything he owned, threw a saddle on his own spirit animal, the chameleon, loaded up his suitcases, and then jumped on his spirit animal to ride into his future, he couldn’t foresee the magic that would soon unfold.

After nearly two decades, he’s travelled the world and arrived at the 2017 Aspen Art Festival in Colorado to show his unique range of works.

He has been called the Dr. Seuss for the soul; a Willy Wonka meets Primus, and Joseph Campbell’s “Hero’s Journey” on canvas.

He sees himself as “an explorer of the Tunnels of the Mind“ on a journey through the magical labyrinth with his sketchbook in hand and his paints in tow.

Johnnie was one of several artists with whom I spoke at the 15th Annual Downtown Aspen Art Festival, which took place the weekend of July 22nd and 23rd.

Like each of the artists participating in the festival, he competed for one of a few slots by presenting his work to a blind jury. The jury’s choices for the festival resulted in an eclectic range of creations shown over the weekend, from life-size sculptures, photography, glass, paintings, ceramics, jewelry, and mixed media pieces.

As I stumbled across Johnnie’s booth at the festival, I was immediately intrigued with his approach to art, which is surreal, fantastical, and utterly fascinating. The vibrant colors of his works and the imaginative stories leapt out and aroused my spirit, inviting the curious child within to visit his intriguing world, and, ultimately, to share it with you.

When Johnnie left America he had no clue that he would eventually meet his wife, fellow artist Orange Li, live in Asia for 13 years, or open their first gallery, Steam 33 in Taipei, Taiwan. It was in a busy little neighborhood that led him to produce commissioned works for collectors in China, Malaysia, Singapore, South Korea, and Japan. Since, he’s published a book, “Tunnels of the Mind,” and settled in Brooklyn, NY with Orange Li.

After speaking with Johnnie it was clear to me that his method and approach to art likely resonates with people because he taps into something most of us aspire to in life; to acknowledge the past, as well as the limits and expectations of mainstream culture and society to pursue a crazy-ass dream.

In Johnnie’s case, it was to leave the corporate world where he was producing for others, and to produce original art for himself, while connecting with the subject of inquiry in an intimate and magical way. Johnnie did it; but it required that he sell everything he owned, while letting go of any expectations he had about his future and then traveling on his chameleon, adapting and shape-shifting, as he rode into the unknown.

Johnnie now works directly with his clients by listening to their stories, histories, hopes, dreams, fears, and desires. Then he creates unique pieces of art that reflect their lives back to them. Trained in English literature and anthropology at the University of California, Berkeley, and then in Animation at the University of California, Los Angeles’ M.F.A. program, Johnnie’s works rely on the confluence of cultural symbolism, the power of story-telling, personal histories, and illustrations.

The results of his work are unique pieces of art that open the door to the realm of magic and dreams where the narrative landscapes of his clients’ lives can be fully discovered and seen. He reminds us that each of us have a unique story to tell, while encouraging each of us to pay attention to the voice that incessantly gnaws at our soul until we take action to accept and pursue our truth.

By showing his clients where they have been, he makes it possible for them to imagine where they might go.

Each of Johnnie’s works inspires viewers to pursue their dreams and reflect on their lives, while allowing it all to happen with mind-bending imagination and creativity. In the piece depicted below, three things stood out that seemed to be at the heart of Johnnie’s message; the two words, “transcend” and “ameliorate,” and then the words, “the key,” which appeared in more than one of his pieces.

When I asked Johnnie about these words and the key, he made clear that each of us can improve when we learn to let go, follow our dreams, and transcend the past’s ideas and expectations as to whom we think we ought to be.

“Each of us holds the key,” he said. The question is: are we going to use it? 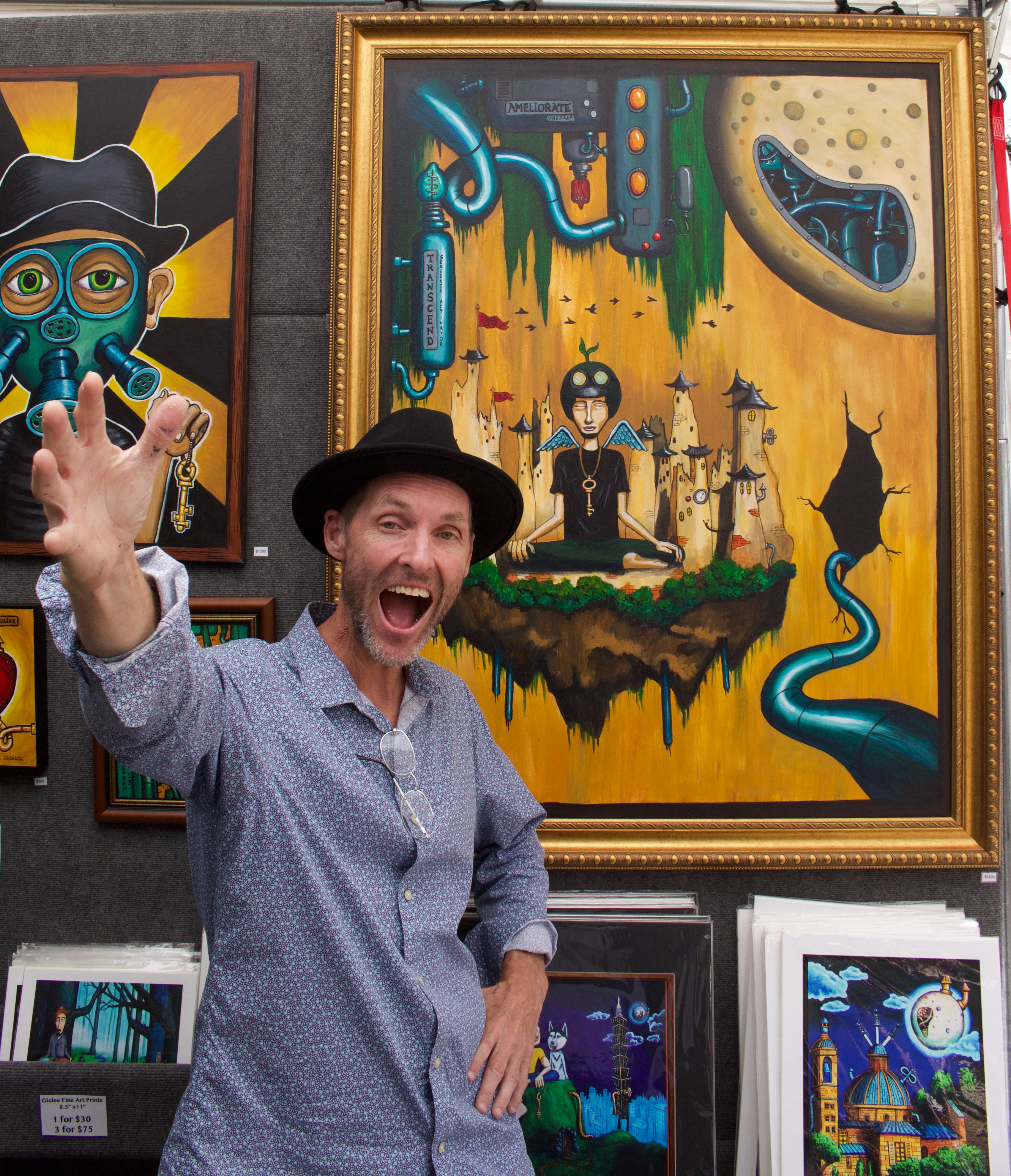 Johnnie’s life is an example of what can happen for anyone who has been teetering on the edge of their dreams, then chooses to saddle up their spirit animal and ride into the unknown dreamscape of their lives.

Will you saddle up? I think I will.