The Importance of a Being a Beginner & Taking Leaps. 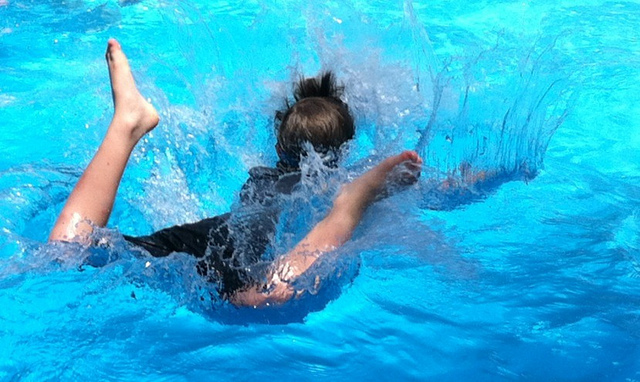 We learn as we go.

We all do. But often we don’t take an initial leap into something new because of a fear of the unknown. A beginner’s mind is crucial to progress and move forward in life.

I have learned, through personal experience, the importance of having a beginner’s mind:

I. The Ugly Jump

A couple of years ago in Brazil at a dreamy waterfall, I decided to jump off a very modest cliff headfirst for the first time.

Some of my friends were doing magnificent swan dives off of other cliffs three times the size. For me, though, this was a step up from my usual stunning array of cannonballs and can-openers and pencils. I hadn’t diversified much since the days at the pool after baseball camp in fifth grade.

My attempt was unspectacular. It drew laughs and headshakes from my brother and friends. Most hadn’t seen a dive shaped quite like that before. It wasn’t a belly flop—though my feet and head still went in at roughly the same time. It was more like an upside down “V.” They still ribbed me about it a few months later.

For me, though, it was a moral victory. Because I summoned the courage to try something new and scary. I return to it as a reference sometimes. To be a beginner at something often comes with early ugly jumps. On the level of appearances, I faltered. But I didn’t die from those laughs.

When we keep jumping, the ugliness evens out and may even turn into something beautiful. And we’ll learn and respect ourselves more in the process.

I am hopeful that happens with my podcasts. But before we get to that, a short relevant aside:

A friend showed me a short video clip on her smartphone the other day—and by that, I mean last summer. It was her granddaughter, all of three years old, sizing up an opportunity. She perched on top of a rock peering down at the sand four or five feet below. She looked mighty but also a little intimidated at the height. She reared up and just went for it—in all her naked glory. Her nakedness was almost like a superhero cape.

The Naked Flying Leap is pure, rich symbolism standing on rarefied land beyond The Ugly Jump. In the most important respects, children are our teachers.

III. The Great Podcast Difficulty of ’17

This week has brought the frustration, learning, and blessing of challenge. It related to recording, publishing, and distributing my new podcast. It’s a whole new world for me.

It’s surprising when stepping into any new subculture to find out how deep, extensive, and well-populated it already is.

The last time I remember being so struck by a subculture was when I ran a marathon. I was surprised to learn just how very passionate some people are about running. Improv comedy was a similar experience. There’s something cool about all the diversity of interests and subcultures out there among us humans.

I heard recently from a friend that, in Japan, there’s a whole floor of a big Tokyo building dedicated to kitten-product lovers. People who like kitten-themed products congregate, enjoy the catnip of each other’s communion, and engage in kitten-y commerce—everything from stickers to culinary delights shaped like kittens.

But, I digress…back to the podcasting.

First, audio quality suffered on one of my podcast recordings. It’s sad for me that that happened because I felt so good in those conversations—excited and tuned in with my guests.

When I get to the recording and it isn’t what I or my audience would hope, that disappoints me. Because I respect the time and attention people put into listening. I obviously want them to have a nice experience.

I made a lot of effort to edit it as best as I could, which improved it considerably, but still not to the standard I would have liked. I decided to publish something imperfect because I thought the gold of what my guest was sharing was worth the background noise. I am reminded of the cliff here.

Then, I had some technical difficulties with posting my guest’s story of spiritual triumph. Some of my friends called and said, “I can’t access the podcast.” I subsequently spent hours and hours trying to upload a file on Squarespace, then onto Google Drive, then working back through it with Squarespace support, and then finally moving on to SoundCloud. After I managed to launch it with SoundCloud, I went back to Squarespace support to ensure it still feeds through to iTunes. There are a lot more apps and possibilities where those come from. I’m just scratching the surface here, bucko.

As of writing this, I don’t know the answer to that last iTunes question. I felt frustrated at moments and yelled at my computer for good measure a few times. Malvina and Jake B. at Squarespace were super friendly and helpful, though.

I share these details to remind myself and others that learning processes often aren’t smooth and easy. It’s uncharted territory. When we get into the creative life, following our hearts, there’s no map. Sometimes even Google doesn’t have the solution to the exact problem we’re experiencing.

The alternative is staying put and not trying new things because we are scared of the blow to our identities. New paths equal mistakes.

If I examine my life, I can see how fear of failure and mistakes really limits me. It’s time to put an end to that. I invite you to really take a look at it in your own life. You’ve heard it a lot of times, and so have I. But I haven’t yet faced this inside myself as deeply as I need to. I am rooting for you to dig deeper and take a look because it is insidious and the implications are huge. It’s the firstborn, dear son of unhealthy perfectionism.

It drains the juice from life when we can’t experience new things! There’s so much to experience in this wonderful life.

That kind of fear is a recipe for staying small and limited and mediocre. It’s hard to grow when we walk the path of the same old, same old. We get in the same ol’ groove, musically and neurologically.

During a tour at the Vatican, I learned Michelangelo wasn’t painting much when he was commissioned for the Sistine Chapel. Most of his focus was on sculpting at the time. The tour guide pointed out how you can see the quality and intricacy of his painted masterpiece improve as you move from one end of the chapel to the other—not to mention that he had to paint onto a ceiling looking up for a few years.

One of the greatest artists in history taught himself as he went along. 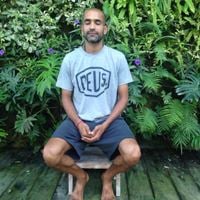