Was the Buddha Wrong about Soul Mates? 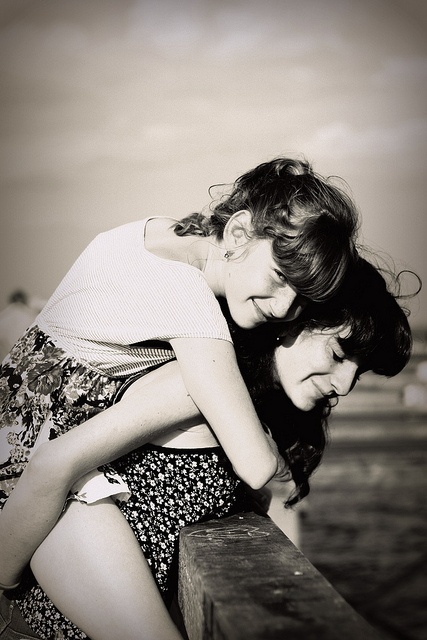 The term “soul mate” is often used to describe someone with whom we share a magnetic bond and who we resonate with on a soul level.

This person, who we usually feel an instant connection with, may compliment us, challenge us, and awaken us to our higher purpose here on Earth.

Soul mates are often described as “missing puzzle pieces,” and many people spend their entire lives searching for “the one.”

The Buddha famously bucked conventional Indian wisdom when he proclaimed that the atman, soul, did not actually exist. If the Buddha believed that were was no “soul,” it might suggest that the concept of a “soul mate” is null and void.

Although Buddhists do not believe that we have a soul, it does not mean that they do not believe in the interconnection between human beings (because they’ve been saying that for thousands of years).

The Buddha’s teachings were primarily about ending suffering. The moment we become attached to something, or someone, we open a pathway to suffering through experiencing desire, longing, and expectation.

The continuation of existence, known as the cycle of samsara goes on, but it isn’t a soul or a personality that is continuing on, it’s karmic tendencies. A new birth takes place when the four elements from the floating mass join together. They do not need to be four elements from the previous body—they can come together from different entities. Although the physical body dies, the elements continue on.

According to the Buddha, the four elements of existence, Earth (Prithvi), Water (Apa), Fire (Tej), and, Air (Vayu) form to compose the body. Rather than dying when the body dies, these elements join a mass of similar elements that float in space (Akash). When the four elements from this floating mass join together, a new birth takes place.

It is a possibility that if our consciousness remains at a heightened level after the death of our body, we can consciously reconnect with our four elements—I am not aware that this is something that has been discussed within Buddhism, just an alternative perception.

Another way of understanding why we feel strongly connected to certain people, is that if we had a strong attachment to another person in this lifetime, then our attachment and dependency may continue on throughout our next existence. If this has occurred, then as our conscious awareness heightened, we would gradually lose the feelings of dependency once we determine that we do not need another person to feel complete, as we are already whole beings. Again, this is my own take on it, and not something I have read in Buddhist texts.

The Buddha believed in regeneration of matter, and not the rebirth of a personality, self, character, or soul, depending on which way we choose to describe our existence. This would suggest that our memories and experiences are not carried forward following the death of our physical body.

In ancient Hinduism, the soul was called the atman, and the Buddhists use the term anatman, to mean no “soul,” or no substance that we perceive as a “self.” Many people believe they have an eternal soul, and see it as their core center that separates them from everything external. Therefore, when we feel emotional pain, we don’t assign that to our brain or body, we relate it to our soul, self, or ego, which all are part of the same thing.

However, the Buddha said that we are our existence is conditional and, therefore, impermanent—cause and effect results in constant change. This would suggest that the death of the physical body may not be permanent either, and that if everything changes, then what we perceive as physical death of a human body can also transform, in time, to take on another form.

In Buddhism, rather than having a permanent soul that remains with us after death and is part of us when we are born into a new life-experience, we have something known as “Buddha Nature.” This quality is empty of all concepts of self, identity, birth, death, time, and space. Buddha Nature is the awakened nature of all phenomena (and thus the essence of human beings) and this transcends all conditioned and material existences.

“Every sentient being—even insects—have Buddha nature. The seed of Buddha means consciousness, the cognitive power—the seed of enlightenment.” ~ His Holiness the Dalai Lama

To consider how we can have awareness, or consciousness, without having a soul, it is worth remembering that all elements—air, water, wind, and fire—are thought to have consciousness. Therefore, as each of these things is inherent in humans, then our consciousness could be an accumulation of nature’s forces, which we then perceive as our natural selves.

This concept can be confusing when we consider the notion of karma and how we feel linked with others based on karmic history. If the Buddha believed that death was the end of the physical body, and self, as we know it, then is it possible that karma can remain from one life to the next, and also cause two people to remain intertwined?

Often karma is described as reactions that will be experienced by the same person who caused the action, and not by anyone else. Therefore, when someone dies, it would appear that the karma would become null and void, but this theory would only stand if we believe that we are all individuals and that there is no continuation.

When we consider oneness and that we have all been born time and again into different existences, we may open to the concept that karmic repercussions continue from lifetime to lifetime, ricocheting throughout the whole of Earth and beyond, as we are all made up from the same universal energy, also known as “source energy.”

Our attractions and desires may simply be us recognizing similar parts of that energy that we have made contact with prior to this existence, along with the conditioning that has occurred throughout our life that caused us to be attracted and repelled by various essences.

We have all been here before in some form, and everyone we meet has likely been part of one of our numerous previous existences.

Rather than there being no “soul mates,” we are all soul mates, we are all earth, wind, fire, and water, and a constantly changing mixture of every entity that has ever been in existence.

If we have magnetic attraction to others, it may be that the four elements of nature within us have similar essences to the ones within others, or that they carry some of our previous essence and for that reason we resonate strongly.

To put it simply, through the perspective explained here, generally speaking, there is no soul mate as at the root of our life—we are all one.

We can consider that just because the Buddha did not acknowledge the soul, in ways that we may recognize, it does not mean that what we believe is wrong. The Buddha lived a monastic lifestyle, and although there is various Buddhist material about love, desires, longings, affection, and compassion, there is not a great deal of writing based on what we would describe as “soul mate connections.”

Ultimately, the Buddha did not expect that those who followed his beliefs would simply accept what he said as the ultimate truth. Instead, curiosity and questioning were highly valued so that each person could arrive upon their own conclusions and truths.

It is also worth remembering that there are various trains of Buddhist thought, and often they seem to contradict one another. This article generally represents what is believed to have been shared by the Buddha, however, as Buddhism talks of non-attachment, it signifies that there would be no attachment to any Buddhist beliefs and practices, as well.