What a Herd of Elephants Taught me about Blended Families. 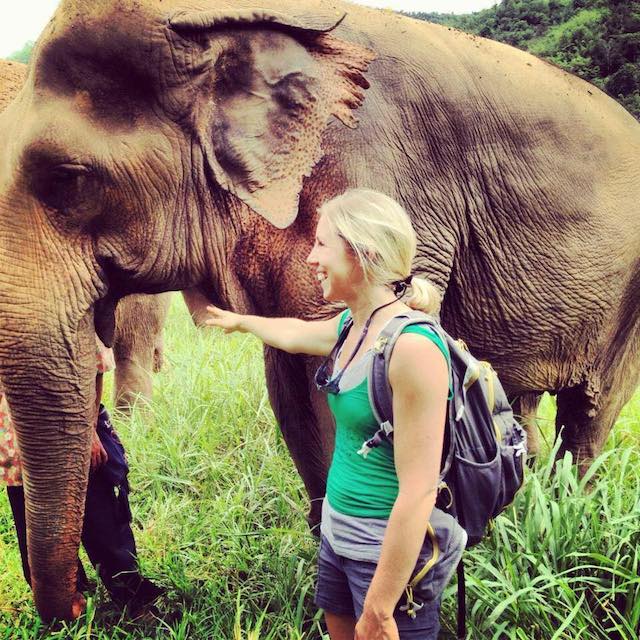 As I sit in the back of a safari Jeep, my heart flutters as we inch closer to the majestic giants of Africa—the elephants.

These elephants are a special group of elephants in the reserve called “Thula Thula.” The true story of Lawrence Anthony in the book The Elephant Whisperer made them famous. I decided to leave my camera at the lodge to be fully present and not get lost trying to take the “perfect picture.”

Nana, the famous matriarch and leader of the herd (who formed an intense bond with Lawrence Anthony), was now in human terms, “retired.” She had begun to lose sight in her eyes and, over the last few years, started to give up her leadership position by passing it down to the next female in line: Frankie.

There are three young male elephants on the reserve who needed mentoring, and two of those are Frankie’s. Madla and Ilanga are their names. In the elephant world, when a male hits puberty, between the ages of 12 and 15, he is generally sent away so he does not reproduce in the family. Other male elephants in the area then come together to form a temporary “bachelor herd” to teach the young elephants the ways of life.

Because Thula Thula lives in a closed reserve, other neighboring elephants cannot find the young males to mentor. To assist with this, the reserve staff decided the best thing to do was bring in an older rescue male from a neighboring safari to teach the three younger male elephants about “manhood.”

What they did not expect was for Frankie and this new elephant bachelor (Gobisa) to fall in love and became inseparable. Frankie’s sons did not like this one bit.

I watched as Gobisa made his way over to the tree where Frankie’s sons were eating. Both Mabula and Ilanga began to trumpet, showing great desire for him to leave. Gobisa tried to stay, despite the intense emotions, but the sons pushed him away. Gobisa retreated and returned to Frankie. It was heartbreaking to watch.

At one point, the youngest son walked over to Frankie and threw his trunk around her neck, leaning into her as if to say, “What do you see in this guy anyway?” My Thula Thula guides, Siyabonga and Promise, say this dynamic is common for them.

I could not believe how these magnificent giants share such similar social structures with us humans. But even more importantly, this species demonstrated the familiar roles we take on in human blended families!

My mother died when I was five years old, and between the ages of five and nine, I felt like a piece of driftwood, shuffling back and forth between my father, my grandparents, and my aunt and uncle’s home. I was depressed, angry, and felt as if I had been abandoned by my mother and by God.

No one could understand my pain. My world view quickly turned dark and lonely. At age nine, my father remarried a woman who remains my stepmother today. I was excited about the prospect of a new mother because I believed maybe she would be the answer to my prayers—maybe she would take all of my pain away. But it did not take long for our differing opinions to surface, turning every day into a battle. Unfortunately, when the battle comes in a shared home, both parties lose. This particular relationship left me feeling defeated and hopeless for many years.

Then, 25 years later, I found myself sitting in the back of a safari Jeep watching these elephants depict the uncomfortable and unfortunate family dynamics of a blended family. This time, though, what resonated with me most was the role of the stepfather. Gobsia was trying to have a relationship with these young male elephants, and they wanted nothing to do with him.

I do not think it would have mattered which bachelor elephant the staff brought in. Those two elephant sons were not going to like any new male because he was encroaching on what they believed was their “happy life.” Even if it was good for Frankie and the rest of the herd to have him there, it was their territory, their herd, and their land.

This made me think: Would it have mattered who my father remarried? On some level, I would have never accepted another mother. Seeing the elephant’s situation made me realize the complexities within a blended family so clearly. What takes place between all members of a blended family is a universal problem—even though it feels personal and lonely for those going through it.

For me, the real healing and maturing began when I finally took ownership of my actions. Nelson Mandela says, “It’s a belief. Life is always happening for us, not to us. It’s our job to find out where the benefit is. If we do, life is magnificent.”

As I watched the elephants disappear in the distance, I felt grateful for their gift of insight into my past. And while I am sure my stepmother and I would still have had our differences, letting her come over to “share my tree” every once in a while could have created an opportunity for our hearts to soften.

In the end, we all need each other. We need our herd. We need to be a part of a herd. We have to take responsibility for the role we play in life and within our family. We cannot place blame, and we need to extend a lot more compassion to others by accepting their shortcomings as they so often do for us.

Thank you to the gentle giants who showed me the role I play in other people’s lives.
~
~
~ 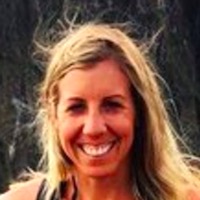