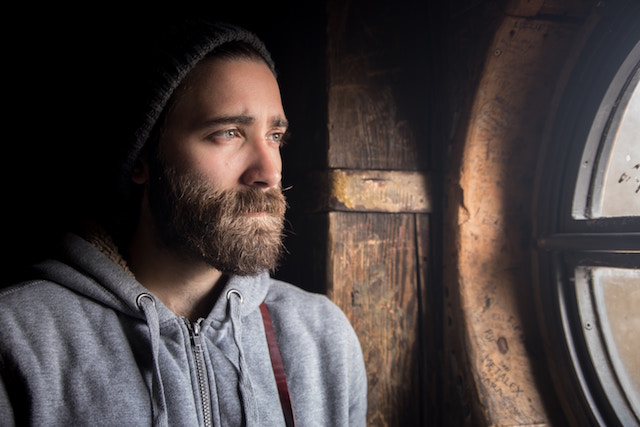 I had a heart-to-heart with my 12-year-old son yesterday.

And believe me when I say that it was a coup d’état. He’s not the emotional type. He’s very strategic, extremely focused, and remarkably driven. He doesn’t wallow, and frankly, doesn’t have patience for kids who do.

But he’s also human—and I could tell that things were brewing. And because I am deeply committed to raising my two sons with a full bandwidth of emotional intelligence, I gently, without prodding, asked him some questions.

And believe it or not, he responded.

He talked, I listened. I didn’t push back, I didn’t point out the things most parents would point out. I just held a safe space for him to be real, without judgment. He talked about what’s been tough for him with his buddies, on the sports field, at home.

He opened up about which kids were doing what, although never in a way that betrayed them (which, I have to admit, made me super proud of who he is). He told me how the bad times seem to last in his memory, while the good times quickly fade away.

It was one of my favorite moments of the year thus far. Not only did I get to see the deeper layers of what’s going on behind his beautiful eyes, I also paved the way for more of these moments.

Just as importantly, it reassured me that I’m helping him become a man who can communicate his emotions.

See, here’s the thing: I can’t tell you the number of times I’ve heard—and I used to believe—the statement “boys don’t want to talk about their feelings.”

What I’ve discovered in my years as a mom to two boys—and just as importantly in my work coaching C.E.O.s and other business decision-makers—is quite the contrary.

It’s not that boys and men don’t want to talk about their feelings; it’s that most of them were never allowed to experience the full range of human emotions. And they certainly weren’t taught how to talk openly about them.

I can already hear the reverberating drumbeat, “That’s just how guys are.”

But I no longer believe it.

Or at least, I know it doesn’t have to be this way.

Yes, it might be easier for men to raise their kids the way they were raised, and it is definitely easier for most men to stay stuck in the emotionally-restricted box that they were placed in.

Taking the easy way out—not talking about things—is a great avoidance mechanism. It allows men to dodge difficult feelings and the discomfort of vulnerability. It could also take the edge off of what could become a heated argument, allowing him to steer clear of saying things he would later regret, and that’s a good thing.

But regardless of the reason behind the avoidance, the simple fact remains that when a man fails to communicate what’s truly going on for him (the way he was programmed to do as a young boy), all systems begin to shut down.

The result is a cascade of harm.

It harms his personal relationships, when his partner tires of him being emotionally unavailable, and they grow distant. It harms his children, when the only emotions he knows are anger, stress, “blah,” and the alcohol-induced fun times he has at weekend barbecues. And it harms his sons in particular, when he unconsciously places the same level of emotionally-restricted expectation onto their shoulders.

It harms his self-esteem, when he can’t speak the truth that he needs to take time away from the kids to work out. It harms his body, when he turns to over-eating, over-working, over-drinking, over-whatever-else-will-help-avoid-the-pain. It harms his job, when he is not at his best because of the slow, insidious unraveling of these other pieces of his life.

Each of these things can and will change with that simple thing I offered my 12-year-old last night: a heart-to-heart talk. The opportunity to notice what is truly going on inside of him, and the chance to speak about it without fear of judgment or retribution.

I know we live in a culture that would have us turn to a pill—for weight loss, for stress-reduction, for help in the bedroom—instead of getting to the heart of the matter. But the truth is, those are simply Band-Aids, and they’re attempting to stop internal bleeding.

In my practice, I’ve seen how tough it can be for a guy to get to that next level of their truth. But the flip-side is that many men are really, really ready for it—they just need someone to hold the container for them. Something inside them craves the very connection and openness that they pretend (to themselves and the world) not to need.

It’s a beautiful testimony to the resilience of their spirit: try as our society might to box them in or stunt their emotions, our men still want to be fully human.

They just don’t know how to do it.

One Step at a Time

It’s not easy to form a new habit, and the key here is baby steps. Failure might happen, but if you learn one thing from reading this, I hope it’s that real success equates to lots of times falling off the horse, followed by even more times getting back on it.

Start small, so that if you do fall off, it doesn’t hurt as much. Once the small change is under your belt, just keep building from there.

Here are a four easy places a guy can begin. Commit to doing one or two of these within the next 48 hours:

1. Invite a buddy to go fishing—or hiking, to a movie, or out for a bite. Instead of keeping it to the normal banter, be willing to open a conversation about real challenges.

2. Practice small vulnerabilities—such as offering a sincere apology—with your partner. Again, baby steps are your friend, because it gives you both the chance to ease into this new way of being together.

3. If your workplace offers coaching or a wellness program, use it! Decide to go into it as a strengthening program—which is exactly what it is.

4. Do something small (and healthy) for yourself, daily. It’s a pattern that will undoubtedly end up shifting many other things in your life.

None of us can go back and change the messages we received as kids. But that doesn’t mean we can’t change who we are today, right now. The truth is, that’s the only way we can change. We can alter things, even just slightly, so that we move into happier relationships, healthier bodies, and more fulfilling work.

And none of it has to be difficult.

We’re not talking about years of therapy. We’re simply talking about taking a few baby steps, and then a few more. Trust me when I say that baby steps add up to miraculous transformation—I’ve witnessed it too many times to ever doubt it again.

One last thing. As you take on a baby step or two, make a pact with yourself that you will consider it as a schedule-friendly form of strength training. You are putting in a little bit of effort, in exchange for an exponentially better life.

Who wouldn’t want to go in on an investment like that? 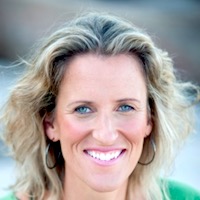