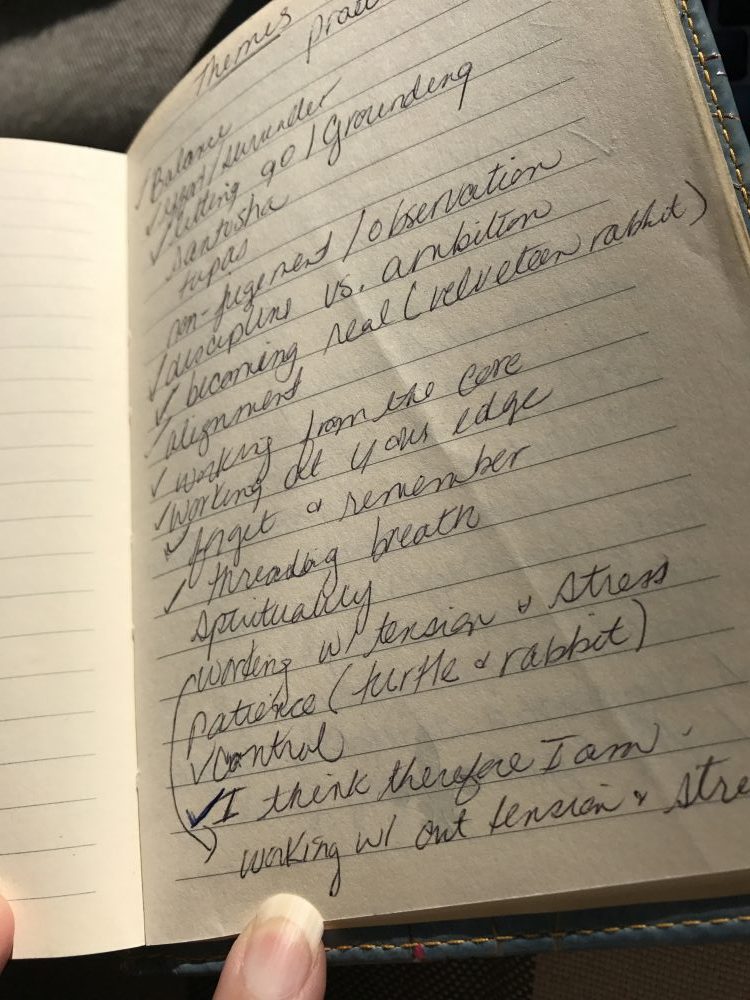 When I first began studying yoga, I enthusiastically captured all the lessons and themes I was learning in my journal.

I brought this journal to class every time, where I received, embraced, and wrote down more themes as if they were gospel. Religion had never struck me as relatable and applicable to my life, and it is not an understatement to say that I’d finally found my own personal religion.

As I continued in my journey, an interesting yin/yang pattern emerged in the themes I wrote down.

I saw how effort paired with surrender, willfulness with acceptance, sturdiness with ease, contraction with extension, stillness with movement, letting go with grounding.

Now, years later, I wonder if we have oversold one half of the yin/yang balance at the expense of the other.

Primarily, I see this imbalance in the way we teach letting go.

There are few themes or teachings more synonymous with yoga as a whole than the one of letting go. Our spiritual progress is often measured by our ability to let go of expectations, events outside our control, or petty arguments. We carry images in our mind from the pages of magazines—blissful yogis/yoginis who have let go, their eyes cast upwards to a different world, one that is more perfect, more fair, more just. We learn in yoga that this world called Earth is often considered merely maya (illusion). It’s easy to let go if we tell ourselves it’s only a dream.

But something in me, something that I could not name at the time but would call “soul” today, resisted the idea of letting go.

Perhaps that’s because, as a young, curious student and quick learner of any topic, I let go of my many questions for fear of looking stupid or losing my teachers’ approval.

When I was dating, I let go of my “nos” for fear of being called names, being rejected, or being scorned.

As a corporate employee, I let go of weekend plans and personal objections so that I could impress my boss with my allegiance.

I let it go, when this same boss, after I shared my love of my cats, suggested in front of all my coworkers that I be the “office pussy.”

Years later, married with two children, I let it go when our real estate agent told me that I was a “good little helper.”

Years after that, I let it go when my business partner suggested in a contentious argument that my intuition was off.

Let go? Society had shown me how to be a woman, and I had always obeyed the rules. As a society-approved woman, I already knew how to let go.

It’s easy to forget that yoga was initially designed by men, for men, as part of a meditation path seeking union with the divine. Perhaps they did need to learn the yin of letting go.

But when yoga crossed the ocean, and we swapped out loinclothes for leggings, men for (mostly) women, meditation for movement, we should have considered updating the teachings for the times and the needs of modern-day practitioners.

I recently heard about a woman who, after a man stole her work and presented it as his own, decided to let it go. She wanted the words out in the world, and didn’t mind how they got there. Then, shortly after, she stood up in a crowded hall of people to voice a disagreement with the lecturer who, not taking kindly to her pushback, attempted to shame her. But, even as her face colored and all eyes turned on her, she held her ground. Another person, tapped into their own discernment, might choose the reverse response—speaking out against the stolen work but remaining seated in the lecture hall. It’s not about right or wrong. And it’s not for anyone else to judge.
~ 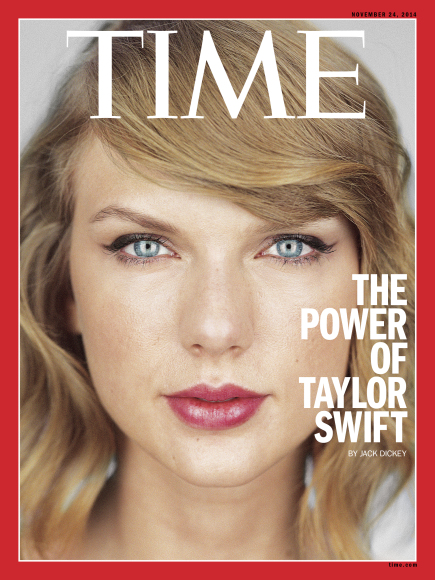 Another example from current events is Taylor Swift, who has brought forth sexual assault charges against a man who grabbed her buttocks in what was supposed to be a simple photo.

As a powerful, embodied woman who experienced an incident that left her physically uninjured, she certainly had a choice to “let it go.” She could’ve written off the assault, and the perpetrator, as not worth the time, or the energy, or the publicity. But, instead of making money by touring or making appearances, she’s hunkered down in Colorado, letting her bare backside be the topic of discussion all across the country.

According to Slate, “Swift has said several times that she wouldn’t settle with Mueller or let his claims stand because she wants to be a visible example of strength to other women considering their options after a demoralizing sexual violation.”

In her discernment, Swift has chosen to use her platform and her influence to be of service to women everywhere, many of whom have neither a platform nor influence. She’s speaking up and out, and it’s not just about winning for her, but about empowering women. I see her, settled in a beautiful yogic posture called resistance pose. One that she, like many of us, has likely struggled to find balance in.

With discernment, we can sit in the middle between the yin and yang of the yoga teachings and choose which is best in the moment. Is it action, or non-action? Moving away, or moving toward? Sometimes we need to attach more firmly. Other times, disengagement is the better path for us. Sometimes, we will slip away quietly. But other times, we must fight, like Taylor is.

As human beings living in an imperfect and often unfair world, we can be sure that there will be times we are affronted, insulted, looked over, abused, or stolen from in some way.

As spiritual practitioners, in our discernment, we might occasionally choose to let it go. But sometimes, we must dig our heels in, ground into this beautiful and very real planet we call home, connect with others, and say with no apology, “No, I will not let this go.”

Only we can know what we must do, and when. This discernment and inner knowing is, I believe, the most important yogic theme of all.

Letting go isn’t about birds & cages & things coming back if they truly love you.