Having Empathy for Trump & His Supporters. 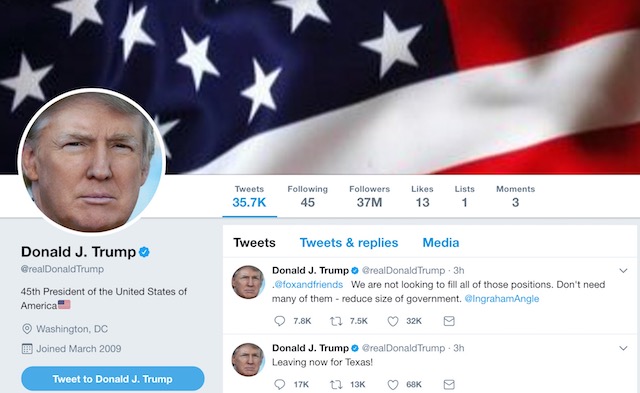 It’s clear that Donald Trump is a trigger for millions of people, not just across America, but also around the world.

His antics seem to evoke unpleasant emotions that many of us would rather deny.

It’s natural and instinctive to feel saddened, angry, disappointed, fearful, and even disgusted when we witness someone behaving in ways that go against everything we believe in and stand for.

These emotions aren’t just reserved for Trump alone, but many people feel similar reactions when interacting with, or witnessing, the behavior of many of his avid supporters and fans.

Donald Trump comes across to many as provocative, antagonistic, and both aggressive and passive-aggressive. Many would even say he uses tactics such as gaslighting to incite anger and manipulate people so that they will rise up and protest.

Then, when they do, Trump and his supporters feel warranted in labeling those who are strongly anti-fascist and anti-racist, as inciters of aggression.

One example is a recent tweet of Trump’s that called protestors at a “free speech” rally, who organized to resist white supremacists, “anti-police agitators.” However, in contrast, William Evans, Boston Police Commissioner, reportedly confirmed, “40,000 people protested in Boston today. Ninety-nine percent of people were there for the right reasons…standing tall against bigotry and hate in our city, and that’s a good feeling.”

When we take a few steps back to look at what’s going on in America, we will see the bigger picture more clearly.

People are all different. Each person has been uniquely conditioned from birth to think, feel, believe, act, and value life in different ways.

Many adults spend years unlearning everything they were taught as children, so that they can choose more loving and peaceful ways to exist in the world. Many are born into love, peace, acceptance, and compassion, so these things come naturally to them. For many, all they have known is ignorance, anger, violence, and aggression, and not all of them are aware of how to release the resentments that they carry.

Some people are so filled with pain that their main focus is to spread that pain across the world. And, of course, there are others who just don’t seem to care about other people, and are only looking out for themselves.

When we witness cruelty, violence, racism, wars, oppression, abuse, and the other endless injustices of the world, it can be difficult not to feel an emotional reaction.

However, there is a particular quote by Che Guevara that I resonate strongly with:

“If you tremble with indignation at every injustice, then you are a comrade of mine.”

When injustice causes internal tremors of indignation, instead of allowing anger and resentment to overcome us, we can make a conscious decision to choose to replace those heavy emotions with love, compassion, and possibly even forgiveness.

We, then, not only change our own energetic state and put ourselves in a position to respond calmly, compassionately, and with clarity, but we also send a healthier, more healing example out into the world.

Darkness has to make contact with the light before it can dissolve. Sometimes people just want to be heard and held, and to give the demons haunting their minds a voice. Sometimes their darkness is far more volatile and filled with rage, and they need an outlet to let their tension out.

I’m not condoning this or saying that I approve of people spewing hatred toward others in any way. But what I am trying to do is to offer them compassion, as I truly do not know each person’s individual history, or their genetic makeup. Therefore, I cannot possibly understand what makes them feel superior to others, or why elimination and destruction appears to be their ultimate goal.

All I know is that society, all over the world, has always had a shadow side. Resisting, or attempting to fight it, only seems to serve to make things worse.

I do not think for one minute that people should be free to radiate their hatred, or that they should have any right to reign with terror, violence, threats—or racist, fascist, or any other extremely negative and closed-minded beliefs.

What I do believe though is that when we fight war with war, we only maintain and generate more war. When we fight anger with anger, we fuel the flames.

Whenever I am moved to speak out, or act, for the defenseless, the voiceless, the innocent, and those that suffer at the hands of others, I do not instantly feel peace. My first reactions are “negative” ones, but when I decide to take action, or communicate with others, I do not let these low-vibrational emotions linger within me.

The indignation that I feel serves to raise me from my seat, and it forces me to take a stand. It rattles and shakes me so that I do not look the other way, and it moves me fearlessly and relentlessly into action.

The initial momentary rage soon settles, and the moment it does, I allow it to transform into love.

From there, I take action from a place of peace. I move forward with love and compassion vibrating through me.

When I stand in the arena to face my opponents, I stand shoulder-to-shoulder with love and compassion the moment that battle commences. They are my comrades, the allies at my side. Love and compassion are the army I fight with—not hate and anger.

“Battle” does not need to be vicious. We can perceive it as a chapter that must be journeyed through to get one step closer to change.

Despite the turmoil, chaos, and turbulence, the world is changing for the better. That can be difficult to see, or believe, in times of trouble and destruction. But humanity is awakening, and although it may not always seem that way, there is much more goodness than badness in the world.

Love and harmony will win out. We just need patience and the determination to not become infiltrated with other people’s hate while we wait.

The entire universe is made up of positive and negative, yin and yang. Although this concept may seem impossible right now, it is entirely possible for darkness and light to come together, to include one another, and to work out a way to coexist peacefully on the planet together.

The light has to meet the darkness halfway—with love and compassion.