How a Queen can Mother her Son into Manhood. 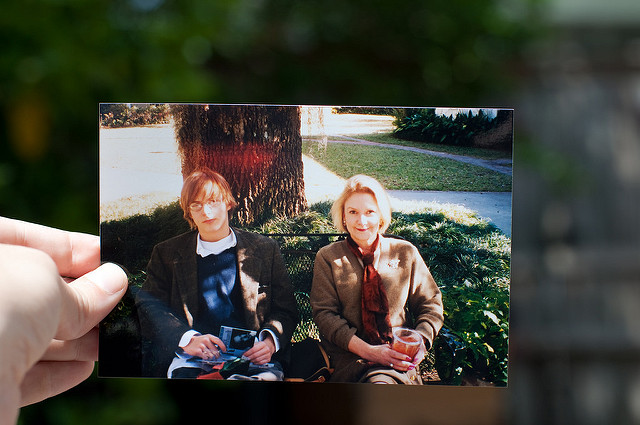 From a dusty California road three hours outside of San Francisco, I texted my son that I was going offline for a week.

I was heading into a retreat and wouldn’t be available to help him with his college process until I returned. He was going to have to handle this one on his own. Or not.

This was hard for me, as I deeply want my kids to succeed, and I want them to know I am always there for them.

I don’t want to admit this, but during the hour before powering off my phone, I had been chasing him with a variety of “helpful” texts, fruitlessly trying to be a good mother.

In that frenzy, I concluded that being a good mother is a hungry ghost. It’s constantly starving, always grasping, and never filled up. It felt horrible—I was perpetuating a longtime pattern of him withdrawing and me grabbing, desperate to make it better. No matter what I texted him, it hit all his triggers and he resorted to blame—and of course that meant blaming me.

I’ve somehow always believed it’s the mother’s fault, my fault, my responsibility. And to help further this belief, my son was text-blaming me: that I was across the country, that I was not helping him, that he was alone. And the icing on the cake: that both his parents were not available to help him, and that he had none of the help kids his age need.

Knife to the heart.

His dad and I are divorced, having split up almost five years ago. We sold the family house, and I am now living across the country. My son telling me he is alone is my Achilles heel because it hooks into all of my motherly guilt.

Somewhere along the line, something got messed up. I believed that being there for my kids was my sole purpose.

In 22 years of parenting, I have consistently had dinners out, weekends away, time with friends, a yoga practice, and weekend courses. So, it’s not that I haven’t taken time for myself. But even with all that, there was a belief that if I was available, I was a good mother and if I was unavailable, I was not.

I have made myself available always, whether it was convenient or not. I prided myself on it, in fact; good mothers always do. And on this day, as I attempted to prove to him what an attentive mother I was—even as he rejected it—I heard a voice telling me to stop the madness.

In that moment of truth, God showed me myself.

Suddenly, I could hear my own voice spinning with the details: College admissions, denied acceptance by two schools, the only option was community college, school starts in a few weeks and no place to live—blah, blah, blah.

I could feel the panic in my body, as if he couldn’t figure out any of this on his own. As if my presence would make it all better, as if me listening to his frustration over and over was some kind of noble act. As if I had to fix it all. I was a hamster on a wheel.

I felt an elixir grow inside me, a solvent for my serenity and grace and for my son’s true path, whatever it shall be. I could see the mothers beside me, all of us enabling our boys, creating needy, whiny, and incapable sons. We feel useful, and so the cycle is perpetuated.

It’s not that I didn’t already understand this—but here, in this moment, I was feeling it one layer deeper. I needed to let go so that my son could become a man. Other cultures have rituals to initiate boys into manhood, and the absence of that ritual in our Western culture is loud. It’s the thing that keeps boys disempowered and their mothers spinning. And the worst: It keeps them from growing into men who can handle life, ones who will eventually be discarded by a frustrated spouse 20 years later.

I was stunned. My spine was straight in my seat. A veil of fog had been lifted.

And so I texted my son the truth:

“You got this babe! You have the world at your feet. What you do with it is up to you. You’re at a crossroads and the universe is asking you to make stuff happen for yourself. The worst thing I can do is figure it out for you. This does not help you grow. It’s so hard for me to watch it be hard for you. But I am here supporting you and rooting you on. You can choose to accept or reject this. It’s up to you. I can’t control what you see or believe. I am going offline for my retreat for a week. I love you.”

And with that, I powered off my phone for a week.

I was scared. What if he died? Killed himself? Sent hundreds of hate messages? The hardest thing is when my kids are struggling, sad, or feeling alone, and knowing that to grow, they need to figure it out on their own.

A week later, I opened my phone and what popped up was: “I love you mom.”

Tears. Deep relief. He asked to FaceTime, and when we did, he looked a little older and wiser. He was smiling wide, his hair was neatly parted on the side, and I noticed he looked a lot like his Dad. I felt happy seeing him and my belly filled with a deep breath. He told me how he handled a number of things himself, including college admissions and his own health insurance.

When I finally got out of the way, my boy began handling his life better than when I was helping him.

This is who I want to be in my next phase of womanhood and parenting. Me in my queenhood, merely showing him the pathway to manhood. 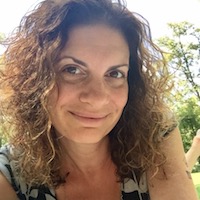