How I Reclaimed my Inner Artist—and so did Jim Carrey. {Video} 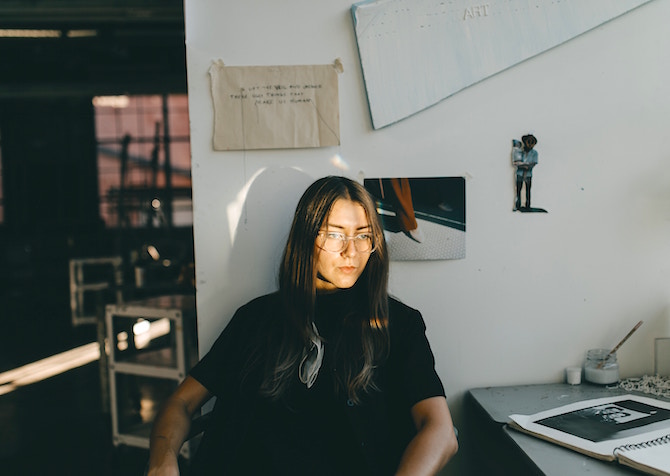 When I was a kid, I was an artist.

I’d spend hours working on a birthday card for a family member, or perfecting my own version of a cartoon flip book. I’d write stories about friends that defied the rules of logic. In these stories, we could fly, read each other’s minds, or even—gasp—drive a car.

I didn’t think about it as creating—it was just what I found myself doing in every free moment. The hours I spent alone in artistic expression were just par for the childhood course…until they weren’t anymore.

As I got older, other activities began to replace art. School took up a lot of time, but also the trappings of adolescence: chatting on the phone with friends for hours, worrying about boys and why they didn’t seem to flock to me, reading magazines that told me everything I was doing wrong (or so it appeared).

Aside from the occasional doodle in the margin of a notebook, I put down the paintbrush in every sense of the word: rather than filling my journals with stories, I filled the pages with the heartaches of growing up.

Paintings no longer covered my walls; I replaced them with posters of boy bands and my favorite movies. The hours that I once spent lost in my imagination became lost in something else entirely: my newly forming, busy, adult mind.

My story is not unique: many of us put aside “childish” things out of necessity. We had to take on responsibilities and learn to fit in—we had to grow up. I didn’t knowingly lock my inner creator into a closet, but I did it nonetheless.

After a while, I found that even when I wanted to let it out, it didn’t seem to be there anymore. I’d pick up a pen or paintbrush, moved momentarily by that old artistic yearning, and…nothing.

It seemed to me that my creative well had run dry.

Life doesn’t require that I work through this creative block. No, life requires that we pay our bills, and brush our teeth, and put on a smile as often as possible.

But this urge to unshackle my inner creator kept tugging at me, whispering to my insides as I drove to work, or collapsed on the couch, going about the business of being an adult.

Soon, I began to see why: creativity had been a part of myself that I had abandoned. It hadn’t left me, I’d left it: just like I’d abandoned other aspects of myself that didn’t seem worthy in the land of adulthood.

Upon realizing this, I began to force myself to be creative anyway: regardless of how unjustified or subpar my finished work seemed to be.

I bought sketchbooks and colored pencils, notebooks, and pens. I found myself drawing rainbows and flowers and the same simple pictures I’d left off with in my childhood. I took writing classes that forced me into creative deadlines: learning about arc and character was helpful, but simply putting words out into the world was even more freeing.

While it was nerve-wracking to write stories that I knew would be read by others, it led me to complete them anyhow—to scrape the bottom of that creative well and see what I could find.

I found that as I nursed my inner creator back to health, other things in my life began to feel better, too.

As creativity became the goal itself, I let go of the idea of what I was trying to create: it didn’t need to be good, or make sense, or be impressive to anyone else. A sensation of mindfulness began to emerge that led me to stay in the artistic moment, rather than focusing on the point or the outcome.

Being creative has a miraculous effect on the mind and body. While many of us recognize that intuitively, there’s research to back it up. For example, a recent study found that people who took part in a creative activity could experience lower amounts of cortisol in only 45 minutes. (Cortisol is that pesky hormone that causes weight gain, premature aging, and a litany of other not-so-fun conditions.)

The lowered levels of cortisol didn’t discriminate either: these results seemed to take place regardless of the “talent” of the participant, and it didn’t matter which activity was done (easy or complex). A study like this reinforces why creating can feel good regardless of the outcome: art doesn’t have to be gallery worthy—it just has to be.

Another testament to the healing power of creativity is a recent documentary called Jim Carrey: I Needed Color.

The documentary tells the story of the actor Jim Carrey’s venture back into the artistic realm after his life took a dark turn in 2009; reeling from heartbreak, Carrey describes a feeling of listlessness and loss.

While Carrey had never completely left the world of artistic expression (as anyone who has seen Ace Ventura knows) he’d given up drawing and painting long before: until it felt like the only thing left to do.

In the film, Carrey describes how art freed him, “from the future, from the past…from worry.” As Carrey’s experience further demonstrates, being creative has healing powers. Art gives us permission to express ourselves in whatever way we see fit: a space of freedom and playfulness.

While getting older is a fact of life, losing our artistic nature doesn’t have to be.

It might be hard to access, and it might feel like something we’ve forgotten how to do, but it’s there. Like a jewel that’s been buried beneath layers of adult worries and commitments, creativity waits patiently for us to remember something that may have long ago been forgotten: deep down, somewhere within, we are all artists.

It’s simply a matter of remembering. 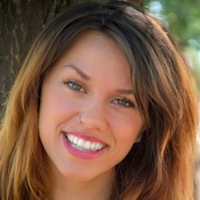