How to Talk To Kids about Violence, Racism & Prejudice. 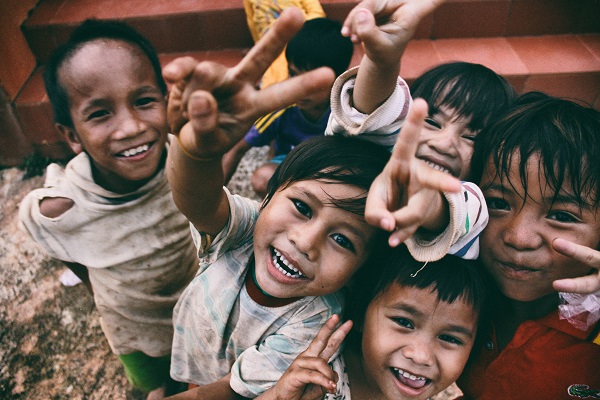 The only way that our nation is going to change is if we educate our children about what is happening now.

We can’t pretend that everything is fine.

The reality is that whether we want our kids to hear news stories about the rallies in Charlottesville, Virginia or shootings like that of Trayvon Martin, they still will—whether it’s from passing by something, overhearing an adult conversation, or even from one of their friends at school.

We can’t keep our children ignorant and still expect them to change the future.

Yet, there still is a balance to what they should know and how they should hear about it that not only differs according to age, but also on the individual personality of the child. As parents, we wish that we could protect our children from all the evil in the world, but the reality is that we won’t be able to. This why we owe it to them to inform them about what’s going on in the world enough that we might help them grow into conscious adults who want to make a difference.

As difficult as it can be for us adults to discuss these issues, we have to step out of our own comfort zones in order to educate our children with enough information to make them think, without actually scaring them with some of the traumatic details.

Children are smarter than we often given them credit for.

Children as young as four can grasp the simplistic understanding of prejudice, not just through the celebration of Martin Luther King Jr.’s birthday, but also by having conversations about what is happening within our society today.

About a year ago, I had purchased a Black Lives Matter sign for the front of my house, and when it arrived my then four-year-old came outside with me to help me set it up. At the time, she asked what the words meant, and we talked about how some people still treat others differently just because of how they look. It took her a minute, and as she thought about it, she looked at me through her tangled blonde hair and her light-blue eyes and she asked, “But, why?”

It was just the beginning of a series of conversations, not because she didn’t understand what I was saying, but because she couldn’t grasp how there are some out there that judge those people that she loves the most simply because they have a different skin color than her.

Prejudice and racism aren’t taboo topics for children, and I’d wager to say that it’s mostly those who are white that even have the option of remaining ignorant about this topic through childhood. How many of us now knew what our parents stance on racism, sexuality, or gender equality were when we were growing up? I’m sure we knew their favorite pro sports team, car, or maybe even color, but when it comes to what is going to shape our kids’ future selves, are we actually sharing with them what really matters?

If we talk to our kids with the expectation that they will understand, then they will—just because they are kids doesn’t mean that they are unable to grasp important issues. When one of my friend’s daughters saw the sign on our front lawn months later, she exclaimed, “Mommy, look! Someone loves me and Daddy!” as they drove by our house. Later that evening that same friend messaged me to thank me, because she said it means a lot to her and her family.

This isn’t scary for children; it is about awareness.

My youngest daughter, the same one with a headful of blonde tangles, has had a favorite doll this summer—a small, black baby doll named Kenya who has gone everywhere from the store to the beach, lake, art museums, and even church with us this summer.

She’s aware of what prejudice is, and she knows that racism is something people still struggle with, yet when it came time for her birthday she was very specific about what kind of doll she wanted—a black baby with a pacifier.

She is already out in this world making her own choices and understanding that we don’t rid the world of racism and prejudice by ignoring our differences, but instead by appreciating them.

Yet, while it’s one thing to discuss these issues with children, to bring up the violence that sometimes accompanies them is a completely different matter.

As parents, we have to be careful to not traumatize our children by having them watch television or stories on social media, but it doesn’t mean that we should sugarcoat it either, especially for older children.

The recent events in Virginia literally had me shaking Sunday morning as I got myself and my daughters ready for church, and when my oldest sat down next to me asking, “Momma, what’s wrong? What happened?” I contemplated just saying everything was fine—but instead I chose to do something different.

I asked her if she remembered talking about what racism was, and after she said she did, I then asked her if she remembered that book she had started to read, The Diary of Ann Frank. Of course she had, so I showed her some pictures of people at the “Unite the Right” rally holding flags with swastikas on them and told her that a group of people got together last night and were really angry, and that it made me sad and upset.

Her response was, “How are people able to do that and say those things?” We talked about it a bit more, and she said she was sad too. I didn’t show her the pictures of the violence that broke out or the pepper spray or beatings that occurred, but she knew that it was an event that had just happened in our country.

The point when discussing these important issues with children is to be sensitive about what they can handle, but also talk to them as if you hope they one day will grow up and help change the world.

Maybe we can’t eradicate hate for those that have already grown up that way, but we can teach the next generation.

Because their futures truly lay in our hands.