I Lost my Innocence to the Dark Side of Humanity—Here’s how I Healed. 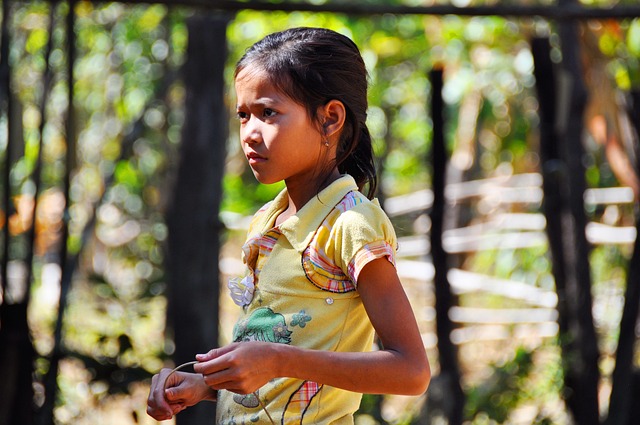 I came out of the entrance of the condo where my grandparents lived.

It was a beautiful, sunny summer day, and my seven-year-old self was excited about spending several hours in the fresh air, playing in the yard with other kids.

While passing by a flower bush, I heard a barely noticeable, strange sound.

Curiosity took over, and I approached the bushes, looking through them and trying to identify the source of the sound. A couple of minutes later, I noticed a black kitten lying on the ground. His eyes had not fully opened up yet and he did not have much fur. He must have been only a few day old.

I gently lifted him from the ground and put him in my palm. He looked so vulnerable and adorable at the same time. “You have such a tiny nose, mouth, and ears!,” I exclaimed.

My heart overflowed with love and fascination for this small living being who was just born into this world.

“What do you have there?,” I heard someone asking.

I lifted my head and noticed a group of children, all about seven to nine years old, approaching me. The oldest one, a boy who positioned himself as the leader of the group, reached his hand toward me and asked me if he could see what I had in my palm.

I told him, “It is a newborn kitten! Isn’t he adorable?,” and carefully put the kitten into the boy’s palm.

The boy held the kitten in his palm for a minute while others surrounded him, eager to see the kitten. Then, he walked a couple of steps away from me and put the kitten on the ground.

Before I could guess his next move, he picked up a flat piece of wood that was on the ground, put it over the kitten, and started jumping on it. Then he ordered the other kids to do the same and they quietly conformed.

I did not try to stop them, did not scream at them, or even cry. I did not feel anything.

My whole being went into a total shutdown.

I stood there watching them for a couple of minutes, then turned around and walked away. I never told anyone, not even my parents, about this incident until later in my life.

This memory was buried so deeply in my psyche that if you asked me whether I had ever witnessed the tragic death of an animal, I would have confidently told you, “No, I have not.”

Many years later, when I was actively engaged in healing the wounds of my past, this memory unexpectedly flooded my mind. It came down on me like an avalanche, burying me under an unbearable mass of emotional pain. It felt as though whatever inner structure that had contained this intense pain for years had suddenly ceased to exist.

The current of pain that poured out of me was impossible to stop, or even to slow down. My chest trembled from what felt like endless wailing as I re-experienced the event. My adult mind was perplexed by the intensity of pain and, initially, attempted to somehow calm down the “tantrum.” However, it quickly realized that it was better to stay out of the way and let the emotions be processed. Several hours of purging the pain—which had been suppressed for two decades—left me totally exhausted. But, it also granted me insight into the impact that this traumatic incident had on my seven-year-old self.

It had both dramatically compromised my trust of other people and their intentions, and destroyed my innocent perception that this world was a safe and friendly place. How could it be a friendly place if a newborn being was welcomed with such hostility? How could I trust people if their first reaction to a vulnerable, innocent being was a desire to kill it? If kids of my age did not experience a feeling of awe toward life, then what could I expect from adults?

My sense of self-trust was also damaged as the voice of guilt whispered, “You shouldn’t have given him the kitten. You should have guessed that he had bad intentions. You betrayed that little, innocent being. He died because of your naiveté!”

Determined to heal this wound and achieve a sense of inner peace and resolution in regard to this incident, I decided to process it with the help of a practice—called Psychosomatic Journey—which I had been working with for the past six years.

A Psychosomatic Journey is a practice in which a person brings awareness to and processes the impact of a traumatic event, discharges any unexpressed emotions, and creates a psycho-emotional experience that can bring resolution and inspire healing. After identifying all the elements of the psycho-emotional experience I needed to create in order to help myself heal from and let go of this wound, I was ready to start my journey.

Before starting a Psychosomatic Journey, I always state my intention, which makes the whole process even more powerful and concentrated.

My intention for this journey was as follows: “I invite all the aspects of my self that were hurt as a result of witnessing the kitten’s death to reveal themselves. You are safe. I allow myself to feel your pain and hear your voices. I want to experience this trauma in its totality. I allow myself to heal and let it go.”

I closed my eyes and transferred my consciousness back to the day of the incident. In my visualization, events developed as they had in my memory until the moment when the boy killed the kitten—the moment in my original experience when I shut down and completely suppressed my natural response.

This time, I connected to that inner space of tenderness and allowed myself to feel: to feel my pain, my shock, and my rage—and set them free. Emotions were flowing through me with ease as I expressed my disgust and anger to the boy and the others for their cruel behavior.

After expressing what I felt and thought, I removed the piece of wood that was covering the kitten—in my imagination—and wrapped him in a white tissue. I carefully lifted his little, lifeless body and walked away toward the other end of the yard where an oak tree grew.

The kids silently watched me leave and did not follow me. While I dug a hole in the ground at the base of the oak tree, a black cat—the kitten’s mother—approached me. She started to sniff her kitten and mournfully meow. As she mourned her child, I released my sadness though tears.

Then, I whispered, “Please forgive me, kitten, for not being able to protect you. I wish you find peace. Forgive me, mother cat, for indirectly becoming the reason of your kitten’s death. I forgive myself for not predicting the intentions of that boy and entrusting him with this newborn life.”

I covered the kitten’s body with the soil and sat next to his grave, allowing the cleansing tears to flow. After a while, my consciousness returned to my present reality; the heaviness and pain in my chest had disappeared.

A love for cats is forever engraved in my heart. 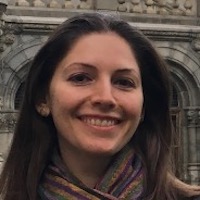