Is it Wrong to Raise a Child Vegan? 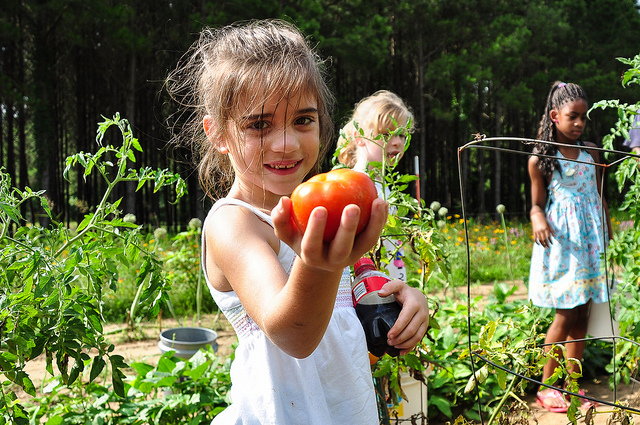 After recently reading a debate on a website where people offered their point of views on raising a child vegan, I thought I would share a few facts and information to correct some of the most common misperceptions.

The debate showed a poll that said 21 percent of people agree that it is wrong to raise a child vegan, whereby an overwhelming 79 percent stated that they believe it is the right thing to do.

One of the first points made, at the top of the page, was by someone who claimed that it is selfish for a parent to deny a child meat or dairy, as well as stating that they did not think it was moral to make the decision even if eating meat was animal abuse, or refraining from it was an ethical decision.

Whenever I consider whether it is morally right or wrong for a child to consume meat and dairy, or if the parents are selfish if they don’t allow it, I always come back to the same point:

Children are naturally compassionate and caring. They do not have the same awareness that adults have, or the knowledge of what occurs in factory farms or slaughterhouses. The reason many people do not tell children exactly what goes on is that it can be extremely traumatic for a child to learn the darker side of the meat and dairy industry, and the abuse and suffering that animals go through so that humans can consume them—or often parents don’t know themselves.

“If a kid ever realized what was involved in factory farming, they would never touch meat again.” ~ James Cromwell

It’s quite shocking really that many feel they cannot openly communicate with children about the abuse that animals go through, as it would likely haunt and traumatize them. That in itself tells its own story.

Almost all children adore animals. Their natural instinct is to show affection to animals, not to cause them harm. If they saw, or were told, the story of where their bacon, cheese, or milk came from, and they had the ability to make rational choices, I believe that it is highly unlikely that any child would still feel comfortable eating an animal’s meat, or drinking its fluids.

Therefore, considering this, I personally think it is immoral to feed a child something that is the produce of unimaginable, horrific, and prolonged suffering.

I have talked to many who are vegan who say that they wish their parents had explained where food comes from when they were younger, as once vegans and vegetarians awaken to the cruelty and make the connection between what is on our plates, and what occurred before it got there, we are horrified to know that for so many years we played a part in the barbaric abuse and suffering of sentient animals.

One of the reasons that many believe that children should become aware of where their food and other animal byproducts come from, is that by the time people reach adulthood they have spent so many years consuming it that they consider it “normal.”

Some people even believe that certain animals were placed on this planet purely so that humans can eat them.

It seems that there is still a widely held belief that animals are pasture-raised, enjoying the freedom of the outdoors where they can live alongside their offspring. The reality is that only a small percentage of cattle ever see natural daylight, and the majority of dairy cows have their babies ripped away from them the moment they are born.

I personally think that the lives of dairy cows are a living hell, and that no mother, whether animal or human, should be forcibly impregnated, and have to repeatedly give birth, before having their offspring taken from them so humans can drink the milk that was intended for their baby.

It seems that many people have become so conditioned to consume animal products that they have become either ignorant or numb to the emotional, mental, and physical pain that animals endure.

One comment on the debate that declares that it is child abuse and neglectful to force your child to be vegan due to the lack of vitamin B in a vegan diet.

I understand the concern about a vitamin B-12 deficiency, which is why many vegans seek the advice of a medical professional before choosing to give their children a B-12 supplement, or they ensure their diet includes soy, almond, or coconut plant milk, soy products, and breakfast cereals that either have, or are fortified with, needed nutrients. Soy and oat milks are not recommended for babies under one year old, as they lack the vital nutrients required for growth, however there is a variety of healthy alternatives to consider.

Vegans are not the only ones at risk from a B-12 deficiency as children whose diets are high in sugary products could also suffer, as high sugar consumption interferes with B-12 absorption.

Not all parents choose to raise their children vegan purely to reduce the suffering of animals. Many carry out a considerable amount of research in regards to what goes into what they eat, and hold strong beliefs that eating a plant-based diet is a far healthier option for children than one including meat and dairy products.

Another reason that many opt for veganism is to help the planet and to support the elimination of world hunger, as almost every study carried out by scientists has found that the meat (cattle especially) industry is the largest contributor to global warming.

Although I strongly advocate for a vegan diet for children, I also thing that it should only be an option if the caregiver has first carried out a substantial amount of research, along with seeking the advice of a nutritionist and/or medical professional.

“If well-balanced, veganism promotes a healthful pattern of eating, and most will likely enjoy more fruits, vegetables, and fiber than non-vegetarians.” Vandana Sheth, a registered dietitian nutritionist and spokesperson for the Academy of Nutrition and Dietetics

“There is no fundamental difference between man and animals in their ability to feel pleasure and pain, happiness, and misery.” ~ Charles Darwin