Learning to Love our own Fate. 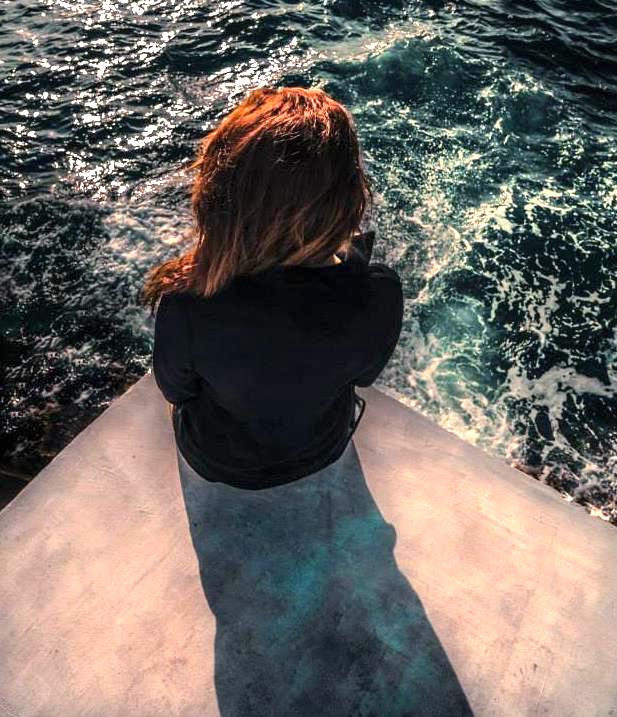 We each depict our own reality and hold it as the absolute truth we stubbornly believe it to be.

We live our lives narrating our version of this truth to everyone we encounter. We sometimes tweak the plot to our advantage or censor it to legitimize the choices we make. In our story, we are the good ones, and they are the wrongdoers—the unjust, the selfish human beings who’ve crossed our path only to pollute it with toxicity and shame.

As time goes by and as healing as this concept of event duration always proves to be, our story becomes blurry and the characters each one embodied become obsolete. Were we really the good ones?

The authenticity of the storytelling we so arrogantly take ownership of lies in our capacity to challenge our biased perception of the reality we depict and, by doing so, allowing another version of that reality—that’s as much of an absolute truth as ours might be.

After all, we are all trying, to the greatest extent possible, to learn our self in relation to the other. Sometimes, we hurt others in that process and sometimes we hurt ourselves. I did both, and I also got hurt in return.

After a brutal and abrupt breakup, I fled Barcelona on survival mode and landed in Paris carrying a reality fraught with supreme pain. Suffused with the rhythms of jazz, captured in a cluster of sound, his fingers erotically aggressing each key and the rhythm of his foot operating the pedal as he would a woman’s soul, I went to George Whitman’s den—also known as Shakespeare & Co, the most acclaimed independent library in Paris—for words to appease my soul. It was there that I discovered Yusef Komunyakaa’s testimony to Charlie Parker. And I wept. My soul poured its sweet regrets on page 93 of a Jazz Poetry anthology.

It was always this good.
One night you undressed me in my sleep.
Very slowly, you told me later.
You said I smelled good.
The sweater, I said. I’d taken it
Out of the drawer where I kept
My winter clothes.
It smelled of pine and a long summer.
No, you said. Not wood.
More like the inside of a saxophone case,
All velvet and sweet regrets.
All blues, I said. Blues
And whatever shadows are made of.
I said, falling on you like slow water.

Last summer, I was sweeping the floor of my rustic Borne apartment in the center of Barcelona before making dinner for my pianist. Today, I’m writing from my frosty and chaotic flat in the center of Paris while dreaming of Cythera. It takes one dinner with strangers to embark on an imaginary voyage; it also takes one tube stop to meet the love of your life—and one wrong step to lose it all.

Our unconscious capacity to undervalue the beauty of an accompanied breakfast or a shared towel achingly resonates in our chest when the grace of companionship has faded. For, the ephemeral wants us to have our breakfast on a one-seated table, while the deserted space on our beach towel selfishly reminds us of the transiency of company and the constancy of solitude.

I can’t help but observe, with a sort of grim humor, the isolating nature of pain. To endure it is to bleed in an inhospitable room of impotent surgeons. It has a self-contained alternative reality that coexists with our own, like a mirror universe with its own logic until one day, scarring your soul, it robs years from your life. It was of evidence that my reality was hanging to a dysfunctional life raft.

To outweigh this unbearable condition, I placed blame. Because blaming the other is easy; it alleviates our frustration in having to accept the end of something that went unexplainably wrong. But that didn’t do it. Something rooted deep inside my being kept poking my conscience and generating questions as to the personal narratives we create to glean meaning.

For the past two months, I’ve been carrying myself around Paris fully submerging into Jean-Paul Sartre’s literature while gaping at the personal narrative predicament, and the deeper I’d get into the matter, the further I’d move away from my initial attempt to intellectualize the death of beginnings and the violent upheaval of endings.

My writerly impulse to narrate an insuperable loss deviated into a challenging, irreversible, intro retrospection. To question one’s personal narrative can be both intimidating and daunting at the same time. It’s an intricate self-imposed therapy in which you become your dissenting voice. “I’m a victim of psychological abuse,” becomes, “Am I really a victim? To which extent did I contribute in becoming the prey of a narcissistic psychopath? Who found whom?”

Yes, there are narcissistic psychopaths wandering around us always ready to prey on empaths and, yes, it happened to me—but I also allowed it. Through my intensive readings on the matter and my involvement with a support group, I’ve noticed how all the energy in the recovery was directed toward self-victimization and blame and never toward a personal retrospection to fully grasp one’s own contribution in allowing a thief into their vital space and thus fathoming one’s deliberate call for death.

We more often than not get what we need. The death of me was a blessing in disguise, a blessing that only today as I connect the dots, as I walk in retrospect by retracing each choice and each lack of choice that I have undertaken, do I comprehend that I needed a narcissistic psychopath to kill every concept that had been determining and containing my being to date.

I needed to be criticized in order to self-criticize what constitutes me. That I needed to live under the same roof of mental illness to edit the storytelling of my mental (in)sanity. That I needed to be someone’s ego supply to decompose my ego. And so, I’ve reversed my mindset: I wasn’t the prey of a narcissistic psychopath; he was my prey, because, as Shakespeare said, “the robbed that smiles steals something from the robber.”

My life has, in the most impromptu way, become a blank canvas. Anything imaginably possible can happen right now. It’s a frightening, yet exciting condition. Tabula rasa! To fathom one’s failure is a losing battle. I want to follow Rainer Maria Rilke’s advice to a young poet. I want to live the filling of the background and submerge myself in the blending of colors. 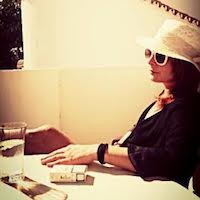