One Simple Rule for Choosing Love in a World Full of Hate. 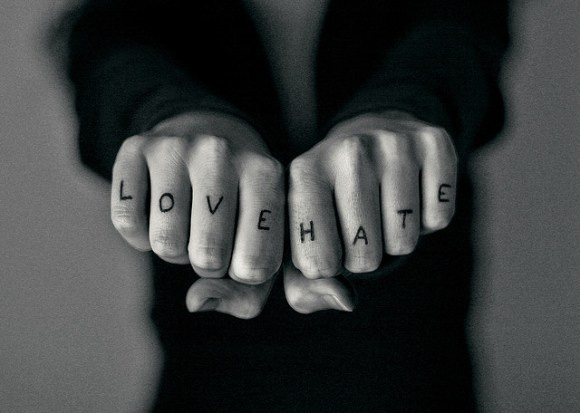 Looking at the news these days, it would seem that people have lost all sense of civility and how to treat one another.

Discord in families, communities, and the global political landscape in general would suggest that division, hatred of “the other,” terrorism, and fear rule the day. Doing unto others as they do unto us is the “new normal.”

But civility and “loving our neighbor” is much more prevalent than it appears. When we look at day-to-day life, we do often experience small acts of kindness.

For instance: how many times has a perfect stranger opened a door for you or let you in when you were trying to merge onto the freeway? How many times have you done that for somebody? It’s interesting to note how, in the moment, we never stop to think about what political or religious affiliation someone adheres to before we decide to help. In most cases, we practice “The Golden Rule,” without even thinking about it.

The Book of Malachi in the Bible asks this question: ”Have we all not one Father, hath not one God created us? Why do we deal treacherously every man against his brother?“ The second question here is one many may be asking themselves these days. Could it be that some of our divisive thoughts and feelings stem from identifying more rigidly with personalities, political figures, or religious differences than we do with trying to understand that we are all infinitely connected. We’re all at one with the divine source who St. Paul says, “we live and move and have our being?”

This divine source, another term for “God,” means many different things to different people. Some don’t believe God exists. But let’s consider who or what exactly this “one God” is that Malachi and St. Paul are referring to.

In my study of the Bible, I have come to understand that God is simply omnipotent and omnipresent love. Jesus taught and demonstrated this all-powerful, healing love in all he said and did. In his sermon on the mountain, he gives explicit instruction to love our enemies and to do unto others as we would have them do unto us. “The Golden Rule” is not taught just in Christianity, but also in many spiritual practices—setting the universal standard for how to treat others.

In her article titled, “Love Your Enemies,” the founder of the Christian Science Church, Mary Baker Eddy, wrote this: “Hate no one; for hatred is a plague-spot that spreads its virus and kills at last. If indulged, it masters us.”

I admire the example Eddy set for following Jesus’s example of living this profound teaching of love. She was an author, publisher, and religious leader—all during a time when women were not even allowed to vote. Her ideas raised the ire of many because they challenged conventional beliefs and practices, particularly in the arenas of theology and medicine. Yet many people experienced healing and regeneration (and still are) by this “new-old” practice of Christianity.

In 1907, at age 86, Eddy found herself at the center of a storm of negative press because of a lawsuit filed against her by relatives, claiming she was incompetent to conduct her own affairs.

At one point, some newspaper reporters were sent to Eddy’s home in Concord, New Hampshire, to dig up the truth about her and the many rumors flying regarding her mental and physical health. One reporter said later, “If anyone had a right to hate someone, surely the Christian Scientists had a right to hate us. We were there to vilify Mrs. Eddy if we could. We had no reverence and no decency. We wanted, if possible, to hold Mrs. Eddy up to scorn and ridicule—to expose and denounce her.” This same reporter is quoted as saying, in spite of everything, “they were all greatly amazed at the kind and loving treatment accorded them” by Eddy and her students.

The lawsuit proved to be unsuccessful because Eddy was found to be in full control of her capacities. She further proved this when a year later, at age 87, she started an international daily newspaper, The Christian Science Monitor. The sole purpose of this newspaper, she declared, was “to injure no man, but to bless all mankind.”

Treating others as we would want to be treated is a normal, natural, and universal way of being.

It may be a simple rule, but believe me, I know it isn’t always easy. In my experience, when someone has spoken harshly or treated me unkindly, I have learned that responding in kind never heals the situation. It just adds fuel to the flames. But when I have stopped myself in the midst of wanting to retort and really thought about how I wanted to be treated—in that split second—a quiet, healing answer has often come.

I am no master at this by any means, but it is a practice. Jesus knew and proved through the power of divine love that animosity, hatred, and all discord could be healed. I believe—and occasionally have been proven—that this is true.

I’ve learned that we don’t have to wait to practice this love toward others until there is an incident to which we feel compelled to respond. We can all choose to do the little things each day to avert unkind actions. We can treat each other the way we want to be treated.

This too can take a concerted effort—a practice on our part. But what would the world be like if we each committed ourselves to this one, simple rule of love? 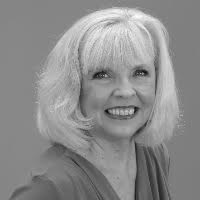