Society’s Hatred of Femininity is Bullsh*t. 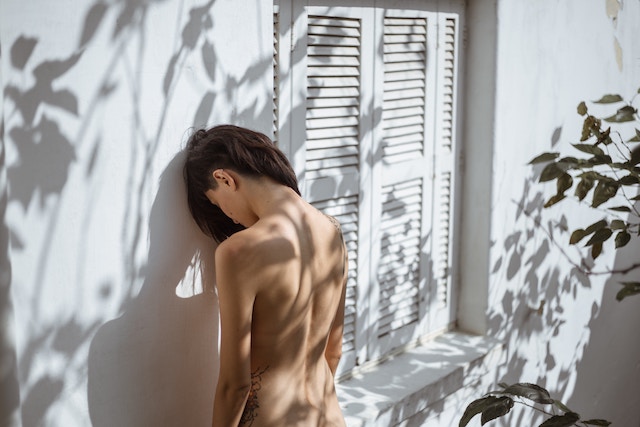 Misogyny (noun): the hatred of women.
`

In our society, misogyny can take many forms.

Misogyny is something that is still very much alive today, and it is a serious problem in our society that we cannot stop talking about. But the sort of misogyny that I want to focus on today is not simply the hatred of women, but rather the hatred of the feminine; because, while these two issues most certainly connect and stem from the same issue (as I said, misogyny), the thing about the hatred of the feminine is that it affects all of us.

Because as much as femininity is something that gets assigned to straight women most frequently, that does not mean that only women are capable of femininity. They really aren’t.

Gay men, for example, are frequently represented as feminine in our media. They are represented as feminine so often, in fact, that some people have begun to shun this representation for being “stereotypical,” favouring the more invisible image of the masculine gay man (this can sometimes be referred to as effeminophobia, or discrimination against effeminate gay men).

One example that we might all be aware of is the representation of feminine men in Disney movies. While not necessarily gay (or not openly so, anyway), many of the male villains of Disney cartoons are rather feminine: the “Pocahontas” villain, Governor Ratcliffe, styles his hair in two pink bows and carries around a small dog, the “Peter Pan” villain, Captain Hook, is highly emotional and dresses very flamboyantly, the “Aladdin” villain, Jafar, has his eyeliner game on point.

Why is this a reoccurring theme with male Disney villains? Well, in my opinion, it’s because, while Disney isn’t outright trying to say that femininity (and male femininity in particular) is wrong, they are trying to use these conventions to convey certain misogynist messages. We, as the audience, are supposed to read these men as being silly, vain, and greedy because they are outwardly feminine. These villains are more easily detestable because they remind us of feminine qualities.

Disney will sometimes even use these qualities in their female villains, as well. Honestly, think about it, when Ariel first meets Ursula in “The Little Mermaid,” she is applying her lipstick and fixing up her hair, and in “101 Dalmatians,” Cruella de Vil’s greatest downfall is her obsession with fashion.

This brings me to another issue in all of this—it is not only women and men who receive scorn and hatred if they become classified as “too feminine,” but hobbies and interests, as well. We, as a society, tend to regard playing or watching sports to be a masculine pastime, as worthwhile, something that builds character. And yet, watching fashion shows or reading magazines is regarded as silly and frivolous. Fixing a car is a useful skill to have, whereas sewing a dress is kind of cool if you can do it well, but not really useful unless you can make some good money at it.

And don’t even get me started on the way that we, as a society, look down on “chick-flicks” for being stupid, unrealistic, and vapid, whereas action movies are awesome and full of fun car chases and explosions.

Especially if someone identifies themselves as a masculine person, it is an all-too-common narrative for them to completely reject feminine pastimes. We have all heard about the stereotypical setup of the masculine boyfriend complaining loudly as his girlfriend drags him, kicking and screaming, into Sephora, while women are frequently expected to sit there quietly and watch sports with their boyfriends—even if they don’t like them.

Now, at this point, you might be asking: so what? Why does it matter that people tend to look down on femininity? Well, it matters because, to some extent, we all have some aspect of us that is feminine. Not just straight women. Not just gay men.

And this societal rejection of femininity as a valid option in our lives forces us to make one of two choices: we can continue to act feminine and accept that a side-effect of that will be that people will see us as vapid, silly, stupid, frivolous, and so on, or we can reject the feminine parts of ourselves and act masculine.

Neither of these choices really works for me.

The latter option forces us to shave off parts of ourselves, to never be our complete selves because society tells us that we can’t be. This option leaves holes in our identity, leaves parts of ourselves unexplored and unfulfilled.

And when it comes to the former option above, here’s the thing: I am very feminine. I like to do my hair and my makeup. My favourite movie is a love story. I dress flamboyantly. I move flamboyantly, and when I talk, my mannerisms are very feminine. And I am not stupid, silly, or frivolous. I do not appreciate being called stupid, silly, or frivolous. I refuse to live with that title placed on me by others, and I refuse to let others place that title on others like me.

The only reason why we tell our daughters that they’re frivolous for liking “The Notebook,” or our sons that they can’t wear a dress or makeup, is because femininity is frequently assigned to women, and societally speaking, we do not like women.

We think women are vapid and silly and overly emotional, and so we think that anyone like them is the same. And it should probably go without saying that this way of thinking is misogynistic and wrong.

You can like romantic movies, and still get sh*t done. You can know all the latest fashions and be a total boss. The two things are not mutually exclusive, and we need to stop treating them like they are.