To End Suffering, Escape Into Discomfort. 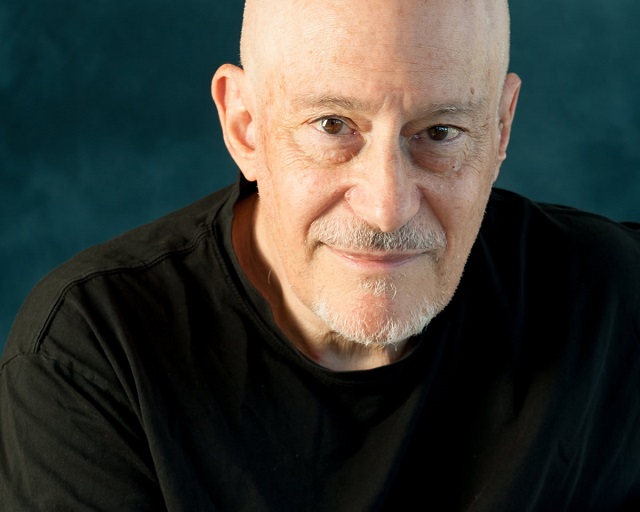 *This is the first of a two-part interview. Read part two here.

An Interview with Shinzen Young.

In the months leading up to the 2016 election, therapists began reporting an uptick in patients reporting anxiety and depression related to the possibility of Donald Trump winning the presidency.

As Slate columnist, Michelle Goldberg, wrote in September 2016, “Victims of Trump-induced anxiety describe nightmares, insomnia, digestive problems, and headaches. Therapists find themselves helping their patients through a process that feels less like an election than a national nervous breakdown.”

And then Trump won.

The months since his inauguration have seen a dizzying slide of the national consciousness into bitter partisanship, national shame fed by international ridicule and, for millions, an impending sense of doom that is eased only by hoping for an impeachment or resignation.

Shortly after the inauguration of Donald Trump, I interviewed veteran mindfulness teacher, Shinzen Young, author of The Science of Enlightenment, on the subject of how we can refine our own mental states to decrease the internal suffering that stems from a multitude of external causes, not just political ones.

A meditation adept and neuroscience research consultant, Shinzen’s perspective is rational and scientific in a field that’s prone to mystical language and vague assumptions. As he puts it, he aims to “take the mist out of mysticism.”

After majoring in Asian languages at UCLA, he entered a Ph.D. program in Buddhist Studies at the University of Wisconsin. As part of his thesis research, he lived as a Shingon (Japanese Vajrayana) monk for three years at Mount Koya, in Japan. It was there that he received the name Shinzen and first engaged the hardcore meditative practices that would inform his later teaching.

These practices included a 100-day winter retreat spent mostly without heat and in near-total silence, with no meal after noon, plus a daily “cold-water purification” that required filling a bucket with near-freezing water and dumping it over his naked body. As Shinzen recalls in his book, “It’s so cold that the water freezes the moment it touches the floor, and your towel freezes in your hand, so you are sliding around barefoot on ice, trying to dry your body with a frozen hand towel.”

During this horrific ordeal, Shinzen noticed that if he stayed in a state of high concentration, his suffering was significantly reduced. If his attention wandered, the suffering was intolerable. By the third day of the challenge, he experienced an epiphany:

“I was faced with three choices. I could spend the next 97 days in a state of high concentration all my waking hours; spend them in abject misery; or give up and fail to complete my commitment. The choice was obvious.”

Shinzen went on to complete the 100-day training. Thereafter, “I was able to consciously experience the taste of high concentration whenever I wanted to. One hundred days subtracted from my life were really a very small price to pay in order to live a totally different kind of life.”

Fortunately for the rest of us, the benefits of mindfulness training are available without going to such extremes of discipline. It is Shinzen’s message, in fact, that we can all make constructive use of any discomfort in our lives to heighten our powers of concentration, clarity, and equanimity.

For those who haven’t stopped shivering since the bucket of ice-cold Trump water was dumped upon us all, his insights may prove both warming and revivifying.

How can we adjust to the ongoing trauma of Trump’s presidency without sliding into despair or anxiety?

There are two ways to reduce suffering. One is to change the circumstances that trigger our sensory reactions. Of course, there are limitations to that approach. No matter how passionately we are involved in changing the political circumstances, they’re not going to change anytime soon.

The other approach is to train myself to have a mindful experience of all my sensory responses. I define mindfulness as a three-fold attentional skill set, involving concentration power, sensory clarity, and equanimity.

Equanimity is the capacity to let sensory experience come and go without struggle—the push-and-pull of reacting to it.

If you develop these skills, you will have the ability to escape into discomfort. We know what escaping from discomfort means: either I anesthetize it, or try to distract myself from it, or eliminate its source. Suicide is the final option.

Escaping into discomfort may seem like a strange idea, but most people have had a taste of it in their lifetime.

Once or twice, everyone has had a situation that was physically, mentally, or emotionally uncomfortable—or all of the above—and they just stopped fighting it. Instead, they opened to it, embraced the sensory effects, and still felt pain or discomfort…but it was no longer a problem. You can so fully experience discomfort that you escape into it.

The idea that you can experience pain or discomfort without suffering is deep and important, because it gives you an option whenever you can’t change circumstances, and you don’t want to just numb or drug yourself, or turn away from the circumstances.

In a sense, you experience suffering with greater poignancy, but less problematically—that is, it hurts more but bothers less.

Could you say a bit more about that? Your use of the word ‘”poignancy” is very interesting.

Shinzen: The completeness of an experience is a measure of how mindful you were during the experience. As you bring more concentration, sensory clarity, and equanimity to an experience, then it becomes more and more complete. As you focus on it mindfully, you experience more richness, or what I call poignancy.

And, because you’re not pulling or pushing on the experience, it takes on a greater fluidity that makes it a very different critter than it would be otherwise. Your subjective experience has less suffering, even though it’s more intense in a way. An important result is that your behavior will thereafter be motivated and directed, rather than driven and distorted.

Think of it this way: H2O is H2O, whether it’s a piece of ice or water flowing in a river, or vapor in the air. Regardless of the physical phase of that chemical compound, water is always water. But there are big differences in the phases. You can drink or bathe in flowing water; you can’t do either with ice cubes. Melt the ice cubes, and you can be nurtured or cleaned by the result.

So, imagine you’re living on a frozen planet, where the only water anyone has ever seen is in the form of ice. Then someone tells you there’s a planet where you can drink water, or bathe in it. You’re going to say, “What?!” because, to you, water means ice. You’re not aware of the other phases of water because of the planet you grew up on.

When it comes to the mindful experience of emotions, most people live on a frozen planet.

They know what rage, terror, shame, and confusion are like, and they think they know all there is to know about these experiences. But they only know one phase of these states—an incomplete or frozen phase. It’s very hard to imagine what those qualities would be like if they were experienced with so much concentration, clarity, and equanimity that, instead of coagulating into suffering, they became part of the effortless flow of nature. It’s hard to imagine that these states might nurture you, or purify your consciousness.

Physical, emotional, and mental discomforts, when fully experienced, go through a change of phase that’s analogous to ice melting into water. It’s still H2O, though; pain is still pain. Yet, fluid pain has a very different potential than pain which has solidified, or coagulated.

When you can’t change the circumstances triggering your suffering, and you don’t want to merely anesthetize the pain, then you can learn how to experience discomfort in a state of high mindfulness.

Because it still hurts, it will motivate you to change your circumstances. But, because your actions are not driven or distorted by suffering, what you do is more likely to be effective, without unexpected or undesirable results.

*This is the first of a two-part interview. Read part two here.

The Revolutionary Nature of the Four Noble Truths.