Why Seeing the Best in Others often Leads to Heartbreak. 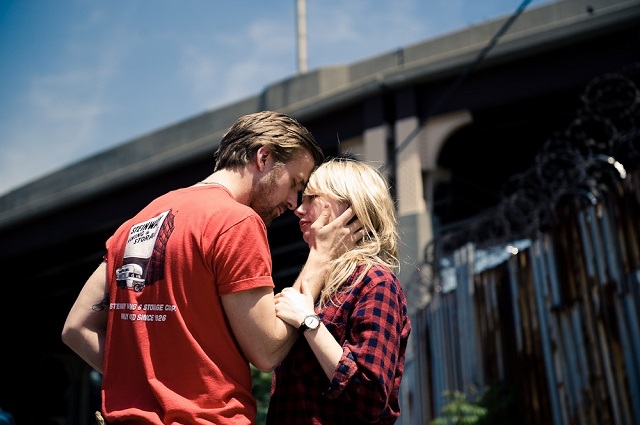 About a year and a half ago, I wrote a somewhat controversial article titled “Seven Types of Men to Stay away From.”

Man, reading the comments on that piece was rough. Men did not like this article and, in hindsight, I should have made it gender neutral because none of these “types” are gender specific.

At that point in my life, I wasn’t writing about my own experiences, although most readers assumed I was. I write a lot about my own life and personal experiences, but they are always intermixed with the viewpoints and experiences of clients, friends, and those around me. That particular article was a mixture of the experiences and hard-earned lessons of people I knew.

A male friend came into my office after that article was published, and commented, “I read your article, and OMG I’m at least five or six of those!” He was laughing as he said it.

Oh, how I love to ignore those red flags. Don’t we all? At the time, I didn’t give a sh*t that he identified as being five or six of those “types of men,” because I wasn’t the one dating or hooking up with him. He could be all seven of those for all I cared.

But, if I’m being perfectly honest, I was a little shocked because he presented himself in such a positive light, and that was really all I saw on the surface.

The stuff I wanted to see.

Fast forward a few months from that conversation and guess who decided to take a ride on the Red Flag Express?

You betcha. I like a challenge, and this one—he was it.

Like so many of us, when I make a glaring mistake in judgement, the first place I go is shame. “How could I have been so f*cking stupid?” But shame doesn’t resolve anything and my glaring mistake is simply a pattern many of us struggle with.

And that pattern is “Seeing the Best in People.”

So many of us want to see and believe the very best in people. We can even argue this is a wonderful quality to possess—when everyone else sees the bad, we see the good.

This pattern typically goes hand in hand with “The Fixer Upper.” We enjoy fixing people, so we take on projects we’ve got no business taking on.“The Fixer Upper” relationship typically looks something like this:

You fall for a project. In your mind, everyone has “potential” and you know that with a little bit of love, nurturing, time, and attention from you, this person can and will step into their full potential. Maybe they can’t hold down a job. Maybe they have addiction issues. Maybe they’re emotionally unavailable and have a difficult time opening up, or they just haven’t grown up yet. No matter what it is, you’re willing to stay the course, invest in them, and help them become the very best version of themselves.

The problem with having this kind of ingrained pattern in our relationships is that we become completely blind to who a person really is and choose to see only what we want to see, rather than what’s truly there.

And this, my friends, is incredibly dangerous and will ultimately cause us an indescribable amount of pain and heartache.

Let’s go back to my said “friend”…

He has openly admitted to me that he knows he’s selfish. He makes no apologies that he doesn’t show up for people or that he’s left a trail of women in his path whom he’s hurt, let down, or been a complete d*ck to, and seems to have no desire to make amends or even go back and apologize for his past behavior.

He admits that he’s a “player.” He owns that he’s the “lover of the chase and never the prize.” He unabashedly admits that he grows bored of women almost immediately after getting what he wants, and then bails on them with little to no explanation, often ghosting them.

But you want to know what I saw? Honesty. Charisma. Charm. Attention. And this was flattering, since the picture he painted was that he could have any girl he wanted and, for whatever reason, he wanted me (when he wanted me of course because there are massive limitations to being in any kind of relationship or friendship with this kind of person).

I saw the occasional admittance that he wanted to be better and show up as a real man in his relationships because he was growing tired of “getting drunk, acting like an asshole , sleeping with random women, and feeling nothing.”

I listened to his words and never once his actions. I held onto these words, “You’re special, and you mean the world to me,” instead of the careless and insensitive way he treated my heart.

And we all know that words are empty and meaningless when they aren’t backed by actions.

A person needs to walk their talk. If they say they want to be better, then they actually need to take steps to change their behavior and be better. They can’t just say the words and then only do what’s convenient for them.

For those of us who have the “Seeing the Best in People” pattern, there’s something we need to realize:

Change takes the actual willingness to want to change.

Change takes owning the hurt, pain, and disappointment we’ve caused other people and actually taking responsibility for all of it.

And some people, I hate to tell you, just don’t have what it takes at this moment to change.

When that happens, there’s only one thing we can do to empower, honor, and protect our own hearts with these people: we have to walk away.

We aren’t abandoning them. We don’t have unrealistic expectations of them. We aren’t being too harsh or overly dramatic by saying, “Thanks, but no thanks. Peace out,” and walking away. We’re simply honoring ourselves and raising the standard of what’s acceptable behavior from the people in our lives.

As for me and the lesson I took away from this painful and disheartening relationship, I learned to not live in the shame of “I should’ve known better,” or the anger and resentment of how insignificant this person made me feel time and time again.

Instead, I got to uncover and fully own the pattern that has been holding me back from attracting the type of relationship I want. I learned that seeing the best in people doesn’t always serve me, and can often lead to hurting my heart and doing a number on my typically healthy and strong self-esteem. I learned that I no longer have to repeat my old story of “I’m not enough,” just because someone chooses to not show up for me.

I learned that, most times, these people don’t even show up for themselves. It has nothing to do with me.

When we let go of this pattern, we start to see people for who they are and where they are. Not through rose-colored glasses, not through the lens of what we wish they’d be for us in the moment, and certainly not through the words they say to us that we so desperately want to believe as justification for keeping them in our lives.

When we let go of this pattern, we start to see people through their actions.

And once that happens, we can choose to see them not as insensitive, self-absorbed assholes who f*ck with our hearts (which we are certainly justified in feeling), but as teachers, revealing to us the blind spots that are causing us to crash and burn instead of heal within ourselves what still needs to be healed.

And switching over to the pattern of “See What’s Right in Front of You,” is the kind of powerful, memorable teacher that will serve us well, far into the future.

So namaste, “friend.” And peace out. Thanks for the lesson.