Why we must Initiate our Boys. 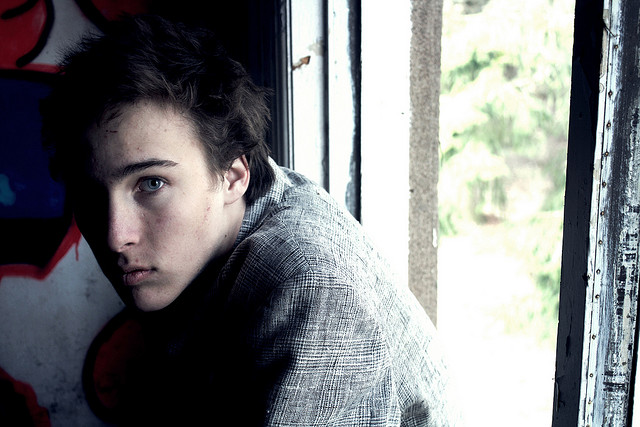 He’s grown six inches in just as many months, and he is clearly on the cusp of physiologic manhood.

He climbs to the tippy-top of tall trees, shoots arrows, throws knives. He craves flipping his lithe body off the highest possible places into bodies of water; indeed, I can imagine him someday pining away for a significant other the same way he lies around wistfully dreaming of cliff jumps in the Montana countryside.

I’ve been a single mother to this boy since he was seven. I’ve taken on the role of mother, father, friend, and protector. I’ve unconsciously leapt to guard him from discomfort. I’ve done all his laundry, cooked most of his food, and cleaned up after him. I’ve nagged him to shower, and get off his device, and remember his homework. I’ve been extremely busy trying to make sure he’s happy, successful, and safe.

Although he likes having me as his one-woman housekeeper, chef, and entertainment committee, I can see that he knows this isn’t what is best for him. I see restlessness building in him; I can see his longing to dive into some unseen level of experience—to test his limits.

This summer, he’ll spend three weeks in the Olympic National Forest doing a “Rite of Passage” initiation into young manhood. In a circle of nine boys and three skilled facilitators, he will be initiated, thousands of miles away from the warmth of home and the unconditional acceptance of family.

I believe that I owe the world this, as the mother of a son: to orchestrate his initiation before he matriculates into adulthood and to remove myself—with my motherly urges to protect him against risk, challenge, and fear—as far from the equation as possible. I believe that other mothers and fathers of sons owe the world this too.

If wise elders don’t provide initiatory experiences for boys, they attempt to create them for themselves. When children try to initiate other children, we get Lord of the Flies; we get campus sexual assault; we get binge drinking, street drag racing, and drug overdoses. Needless deaths of young men who drive too fast, start fights, take on too tough a course in some extreme sport, become trapped on the hamster wheel of repeated binge-style substance abuse—these all occur because boys instinctively seek a near-death experience and wild disorientation that, at some level, they know they need to be transformed into manhood.

As those boys move into positions of power, we get the puer aeternis in charge, behaving like those assholes one sometimes sees partying in pristine natural settings, with roaring vehicles, music blaring, leaving a trail of beer cans and snack food bags, and throwing things at innocent wildlife just for fun.

The consequences of failing to provide appropriate male initiations are upon us now: an untrammeled, eternally adolescent patriarchy—drunk on the power it has attained, because it was the loudest voice in the room most willing to bend the truth. As psychologist Richard Tarnas points out, immature old men objectify the world as an “it” that is there to be exploited, manipulated, and used for self-enhancement, rather than a “thou” that is intelligent, ensouled, alive, and worthy of gentle, respectful treatment.

Do we need any more proof of this than President Donald Trump?

For most of human history, boys have been initiated into manhood by elder males through some set of mandatory rituals or challenges. A true male initiation requires stepping into the unknown—in particular, away from the mother—and into a circle of men who have been initiated themselves. These men orchestrate a set of rituals and experiences for the boys that:

1. Bring the boy into situations where he must face genuine fear.
2. Lead the boy through a symbolic death.
3. Guide the man-to-be into an in-between space where a new identity hasn’t yet been born.
4. Facilitate an awakening.
5. Lead the boy back to his community as a man.

I’m not talking about more modern, Western male initiations like military service or college graduation. These are less about symbolic death than they are about “reaffirmations of the status quo,” says Barry Spector in his article, “Male Initiation in America.” They are “transitions into the consumer lifestyle…confirmative, not transformative.”

Graduations, first alcoholic drinks, military service, even religious passages like bar mitzvahs and confirmations: these are more indoctrinations than initiations. Gangs have highly effective initiatory practices; this is why they are so good at attracting and retaining loyal members. There is a depth and cultural context to these initiations. A true transformation takes place, and there is no turning back from it. We all know that gangs do more harm than good, but we can learn something from their methods.

That’s right, fellow mothers: I’m suggesting that you send your precious boy children away to experience deep fear, symbolic death, a time of not knowing who they are, and a return to the self they are becoming. In doing so, you will help transform a patriarchy full of puers into a generation of men who are capable of being awakened, skillful, compassionate, and powerful leaders, partners, and fathers.

So, hey, mamas of sons—it’s up to us. Let’s make sure that rite of passage/initiation programs like Rite of Passage Journeys (which is a non-profit; we got a generous scholarship), the Mankind Project’s Boys to Men, and the School of Lost Borders get plenty of play.

Let’s sign up our kids and help organizations with well-vetted, quality programs fundraise to make initiatory journeys available to as many boys as possible. Let’s look at ways to build availability for smaller-scale Coming of Age programs in our cities through churches (our Unitarian Society of Santa Barbara has an excellent one) or other community organizations. Share this article to spread the word about this to our fellow mamas.

Rite of Passage Journeys has a YouTube video posted on its site that shows a group of parents and children saying goodbye before the children depart for their three-week adventure.

They stand in a circle, with parents on the outside facing in and children on the inside facing out. Between them, they hold a red ribbon. The children say to their parents, “I take leave of you now. When I return, I will no longer be a child.”

That’s where I can’t see the screen anymore because I’m crying.

It’s an initiation for me too. 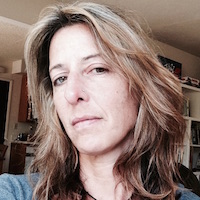