3 Ways to Get Over the Fear of Not Fitting In. 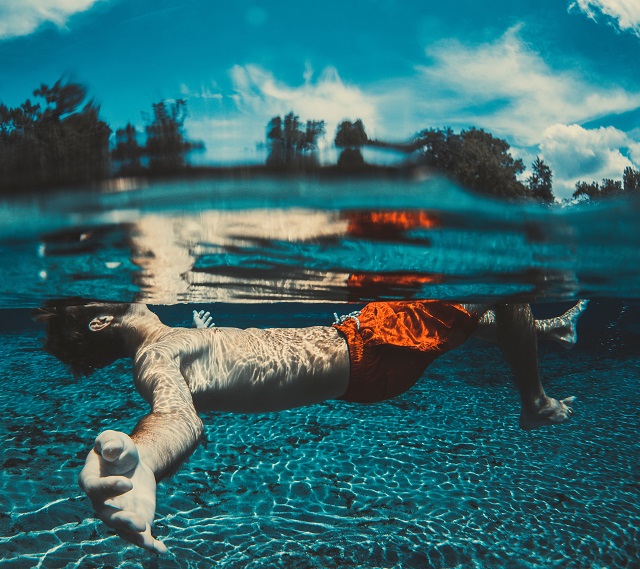 “Be who you are, and say what you feel—because those who mind don’t matter, and those who matter don’t mind.” ~ Bernard M. Baruch

I entered the vast campus of my daughter’s new university in Savannah, Georgia—and I stood there as the kids bustled with energy, laughter, and excitement.

I watched how they smiled awkwardly or made polite conversation.

Most striking of all was how obviously they all wanted to fit into this new ecosystem.

It took me back, almost 30 years, to my first few months at university in London. My only goal then was to be like the other students. I wanted to be cool. Part of the “in” group. I ate what they ate, dressed how they dressed, and listened to their kind of music.

This fear of not fitting in is at its strongest when we’re young, but it never fully leaves us until we become confident in who we are. Whether we are teenagers entering college or adults joining a new company, our first instinct is to be careful with our words and actions. We don’t want to upset the status quo; we fear failure, ridicule, and standing out. We are petrified that people might not like us.

Thus, we create a false image of ourselves. We become social chameleons, adapting to suit other people’s opinions. We don’t allow ourselves to be vulnerable, and so, we don’t engage in all the small wonders that life offers us.

We become paralyzed and learn how to live in-authentically.

Just as I did in my university days in London, we question our every next move or decision. Is it okay to approach that friendly face at the airport terminal while we wait for our flight? Should we give our honest opinion, even though it might upset the person who asked? Can we ask that “stupid” question in a corporate, brainstorming meeting, when everyone else seems to get the point (though most actually don’t)?

Wanting to fit in is related to FOMO (fear of missing out), but not the same. Both conditions make us socially anxious; we become stuck in an unhappy cycle of comparing, competing, and feeling unsatisfied. We spend most of our time and energy trying to please people, instead of doing what we want. We are thus afraid to get out of our comfort zones. We pause our lives and start living according to others’ wishes and desires instead.

When I was in college, there was a girl called Allison who really liked me. I didn’t give her a chance, because one of my “in group” friends said she was uncool.

In reality, Alison was a great girl and would have been the perfect girlfriend for me at that stage of my life. However, because of my low self-esteem, I told her I wasn’t interested (even though, deep down, I liked her). After a few months, she found herself a loving boyfriend and ignored me. I was upset and hurt, but couldn’t express my feelings to my so-called friends.

To make matters worse, we often justify our actions or inactions wrongly, moving yet further away from the truth. We don’t approach the friendly stranger at the airport, because: “There was no point in making conversation with only a few hours left.” We ask ourselves: “Why should I be honest with my opinion when my friends won’t be?” I told myself that there was no chemistry between Allison and me, so any relationship was doomed anyway.

I fear for the new generation. The internet and social media have multiplied their insecurities, with everyone posting only their perfect pictures and only the best moments of their life. Of course, the reality of our lives is often completely different to what we post. That beautiful pose took 200 photo attempts. The joy of the finish line in the New York City Marathon hides the hours of sacrifice and effort it took to run the actual race.

How do we fight these crippling psychological fears? The simple answer is: “Let’s not care what anyone thinks of us.”

I often daydream of going to an entirely different city, like Tokyo, where no one knows me, and I know no one. There, I could just be me all the time without the social pressure and responsibilities that persist within my community.

However, we can’t run away to Tokyo—or any other city—to wipe out our fears and insecurities. To be ourselves, wherever we are, we must cultivate these three characteristics:

1. We have to become the source of our self-esteem.

Focus on one strength. When we are good at even one thing, we can keep it in the forefront of our thoughts and actions. We then become even better at it. This gives us an inner girdle of strength, which makes us more confident in the face of people trying to put us down or manipulate us.

In college, I was always known to be funny, and most students would immediately comment on how witty I was. It became my thing, and when I was alone, I would practice delivering a humorous story. That strength alone helped me fit in, yes—but it also allowed me to be myself, expressing opinions and actions through humor.

2. We have to be self-compassionate.

Perfection is a myth. No one wins all the time. Many just don’t show their failures or suffering. Rather than ignore or criticize our pain, we need to be understanding of ourselves when we fail, suffer, or feel unworthy. We must remind ourselves that this happens to everyone—not just “me” alone.

Most successful people feel inadequate when they fail, and yet, they see it for what it is—a passing obstacle and an opportunity to correct their mistakes. They usually cut themselves some slack, rather than jump into criticism.

3. Focus on what matters most—now.

We should know where we are going next and what we need to do to get there. Knowing our next move liberates us and bolsters our confidence. We don’t need anyone else’s approval, as we know where we’re going. That’s why goal-setting is a powerful character-building practice and one which must we follow throughout our lives.

During my recent stay in college for my writing MFA, I missed several nights of socializing with the other students because I wanted to focus on preparing my work for the next day. I didn’t care about fitting in or making friends yet—not until I grasped the basics of the course. That’s what mattered most. I made better friends in the last few days, because I had become more confident with my writing and the demands of the MFA.

As we grow older, we get to know ourselves better. We know what works for us and what doesn’t. We start to lose that insistent craving to please the people around us. That said, the quicker we learn to be ourselves, the better the quality of life we can enjoy.

If we arm ourselves with the three ingredients above and become more confident, we have the power to rid ourselves of the twin fears of not fitting in and missing out on the new thing.

How to Stop Caring what Society Thinks & Make your Own Rules.

For the Ones Who Fear they Will Never Belong.