5 Ways to Rewire your Brain for Happiness. 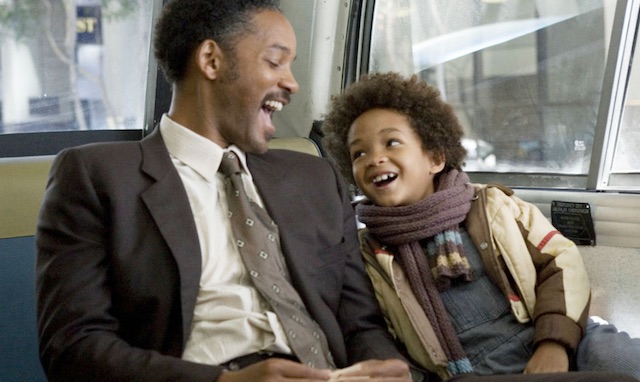 I can be described as many things, but “gypsy” fits well.

Growing up, my parents managed to move so often, that I averaged one school for every grade I attended, from kindergarten through to grade 12. Besides my high school graduation photo, I have no photographs from my childhood in my possession.

So this morning, an old friend of mine who currently resides in India, sent me a half dozen pictures from when I was a sophomore in college. To say they gave me pause would be an understatement.

Initially, I was simply blown away by being re-introduced to my 20-year-old self. However, after a minute or two, I looked carefully into my own eyes and saw the results of some “faulty wiring.” I could see in those eyes the look of someone who wished he was somewhere else, with someone else, doing other things. At that point in my life, “the moment” was as far away and unreachable as another galaxy.

The saddest thing about this is, in retrospect, those were truly beautiful times when the world was laid out before me like a blank canvas. I was creatively fertile and I was surrounded by equally creative people who loved me very much.

Environment has a vast effect on how we learn to perceive ourselves and our surroundings, and I grew up on Long Island, which could be a cruel place. Public schools, and I’m quite sure this was true of private ones as well, were hot beds of competitiveness, bullying, and conformity.

Needless to say, I did not have the means to buy the possessions that would’ve allowed me to fit in. Add to that the fact that I had no history with virtually anyone because of my rootlessness, so loneliness and self-loathing were certainties.

I shrugged off those strange feelings I got from looking at those photos and went about my day thinking, “If only you still looked like that—especially now that you’ve finally figured out happiness!” and I chuckled to myself.

So what’s different now besides the wrinkles? An entire re-wiring process that I underwent to learn how to be happy and navigate the world in a more effective way. The sources of this re-wiring are many and varied but you might describe it as something old, something new, some philosophy, and some Buddhism.

I will try to break down the more important aspects in five different steps:

If you haven’t noticed this by now, the internet is fraught with bi-polar articles and observations. Every time someone publishes something positive and helpful, someone is right there, two days later, publishing an irreverent article about how the first article is BS. But forget the hype. Affirmations are not new-age mumbo jumbo, they are the only logical beginning of the re-wiring process.

Whether you are consciously aware of it or not, if you need to be re-wired, it’s because you are telling yourself a continuous negative story from morning until night. It is the diametrical opposition of affirmations. So, it only makes sense to put a different record on the turntable. It is the only effective tool to neurologically change the way you perceive things. So, suspend your cynicism for a minute…and do this. You’ll thank me later.

Louise Hay, a pioneer in this field, left behind a vast stockpile of great affirmations. Everything from the simple “All is well in my world,” to the more esoteric “All that I seek is already within me.”

Pick one out or make one up that best suits you, and as you repeat it, work up emotion about it. This is essential to making this work.

Learn how to vibrate at a higher frequency.

This is also known as “connecting to source,” “being at one with the universe,” or “practicing Buddha nature.” The main thing to realize is that high frequency vibration attracts high frequency vibration and vice versa. In other words, if you walk around with the attitude that everything is always sh*t, that is exactly what you will keep manifesting. We all know someone who does this, some of us know the person intimately.

Ways to accomplish connecting to source include: gratitude practices, meditation, and keeping a mindful watch on how you react and perceive things throughout your day. Pick up the book “The Power Of Intention” by Dr. Wayne Dyer for further help with this.

One of the best ways to effectively re-wire your brain is to change the information you are uploading into it every single day. We all know that awful things are happening in the world, but being a constant reminder to yourself and all of your friends, really lowers the frequency you are running at.

You can do more to help this world by putting in and putting out positive information. Sharing depressing articles on Facebook has never fed a hungry child.

Fall in love with yourself and do something to prove it.

Most of us are so good at zoning in and doing everything possible to win over the object of our affection, but how about the novel idea of making ourselves the object? Save up a little money and buy yourself a day off right in the middle of the week. Take yourself out to lunch. Buy yourself something totally impractical. Feed yourself well and get plenty of sleep.

The trick is to stop treating yourself as an afterthought and make yourself as happy as you would a prospective partner. Partners tend to be impermanent but, for the most part, you’re going to be with you for a really long time. So if you’ve got this kind of energy to expend, invest it wisely.

Be selective about who you spend time with.

Take an inventory of the people that are in your life day to day. Now, I would never suggest quitting your job if all your co-workers are “Negative Nevilles” (although the idea isn’t totally out of the question), or divorce your “Danny Downer” husband.

But, that friend you talk to for 45 minutes at a clip, who can’t stop talking about how the working class can never get a break and the rich stay rich and the poor get poorer, you may want to, at the very least, cut those calls down to the 10-minute range.

The guy who spends all night on the bar stool doing the “women stink” routine…yeah, him too. He’s a wire that needs to be pulled out and thrown out the car window at 70 mph.

Instead, gravitate toward the joyous and excited people who always have new ideas they’re trying or projects they’ve started.

All in all, re-wiring my brain for happiness took some effort—but not that much more that we might put into finding a new job. And, I can promise you from my own experience, the pay-off is unbeatable.

I don’t know about you, but if I learned about all of this a little quicker, the money I would’ve saved on therapist bills alone would’ve netted me a Mazda Miata.

We can’t change the past though, and part of my re-wiring tells me that every miserable day I lived was for some reason, even if I don’t know why at this moment. That, my friends, is the beauty of all of this.

Einstein said it so brilliantly, “Reality is merely an illusion, albeit a very persistent one.”