Liberals are Wrong about Hate Speech—in Almost Every Way. 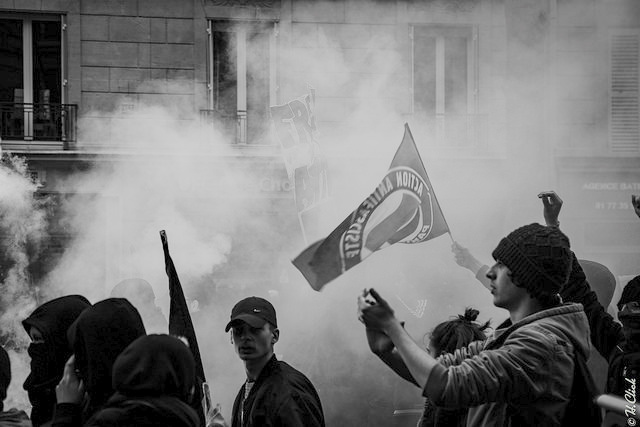 We are wrong about the belief that hate speech should be legally protected.

Liberals tend to protect the legal right of people to be allowed to vent their rage on the subject of oppressed minorities, and they often do so vigorously. We defend their legal right to rally and seldom suggest people should be jailed for hate speech. Rarely did we hear a liberal commentator suggest President Trump should not only be socially censured for his comments about Muslims and Hispanics, for instance, but possibly arrested as well.

Insofar as America has no laws prohibiting hate speech, the idea would have been absurd. But it would have been quite ordinary in Germany, where a couple of tourists were just arrested for giving the Nazi salute. And it would have been standard in the United Kingdom where it is illegal to use “threatening, abusive, or insulting words” when these are intended “to stir up racial hatred.”

Most Western democracies now have laws prohibiting hate speech and America should as well. Words intended to stir up racial hatred often degenerate into real threats to public order. And words intended to divide a nation with hatred are often a precursor to suppressing vital political speech, like reporters asking critical questions of the president.

In poorer countries, words intended to dehumanize vulnerable minorities, like the Hutu comparison of Tutsis to cockroaches in Rwanda, are sometimes a precursor to genocide. More generally, they are used to press onlookers into choosing sides in ethnic and tribal conflicts. Hateful speeches and writing can thereby be a precursor to the fall of democracy and the rise of tribal autocracies, or, worse still, state failure. It is only from the privileged position of living in a relatively secure state that we can ignore the signposts on this road to collapse.

But the emotional reaction involved in taking offense to hate speech is far from the most productive means of preventing its expression. It is natural to feel offense in the face of injustice, especially if you are a vulnerable minority that is threatened by it. Hate speech is meant to exclude the most marginal groups still further from the public sphere, after all. But instead of expressing offense, we would do well to focus instead on why the hateful things people say are so offensive.

Demonstrative displays of offense shut down dialogue, thus making it difficult to educate offenders. They shame opponents, leaving them to carry on an argument in their heads that will later find political expression elsewhere. Taking offense is personally unpleasant and emotionally agitating. It leads to burn-out and discourages the political participation of those who share our offense. And when the offender can go and vent their rage in countless other forums, it is all too often counter-productive.

However, the biggest problem with expressing moral offense is that it tends to become a habit.

We express it not only when people say genuinely hateful things, but when we simply disagree with their programs and values. This tends to close us off to the wide array of social arrangements that might be adopted to humanity’s benefit. We can never know what we do not know, but there is much to be gained from debate even when we do know with certainty we are right.

Ideas that challenge our own force us to revisit our most cherished values, reminding us why they matter and sharpen our ability to convince others of their import. This improves our capacity to articulate what is wrong with the positions we oppose and to find something salutary in them that can be integrated into our own. This has the dual effect of making our own positions less assailable while improving the tenor of debate. Meanwhile, the discussion itself will change minds, if not always of those with whom we are debating, then at least of neutral onlookers.

Few people take much time to understand the other side these days. We are impatient with debate and fast to shut it down. Conservatives spew hatred and liberals vent offense. The diminished exposure to alternative points of view causes political ideas to harden into fragile and empty shells with little persuasive effect. Most people just retreat into a political tribalism that stunts our development, makes us miserable, pits us against one another, leads to poor policy, and threatens democracy.

Most advanced democracies have taken another path. They have made the most hateful acts of speech illegal while engaging in more debate. Making hate speech illegal clears away the emotional noise, censors the most dangerous political positions, and challenges people to take the remaining views of opponents more seriously. This tends to spur not only more meaningful, but also a higher quantity of political speech—just what advocates of unlimited free speech purportedly desire most.

Many American liberals advocate the opposite. We forsake the legal right to shut down genuinely dangerous expressions of hate, opting instead to deal with it through a personal offense that shuts down debate and opens the way to an emotional bullying at which conservatives excel. When political opponents engage each other more deeply by cutting out the superfluous, ad hominem attacks of hate speech, the most justifiable positions are more likely to win, while those most animated by prejudice and bigotry lose.