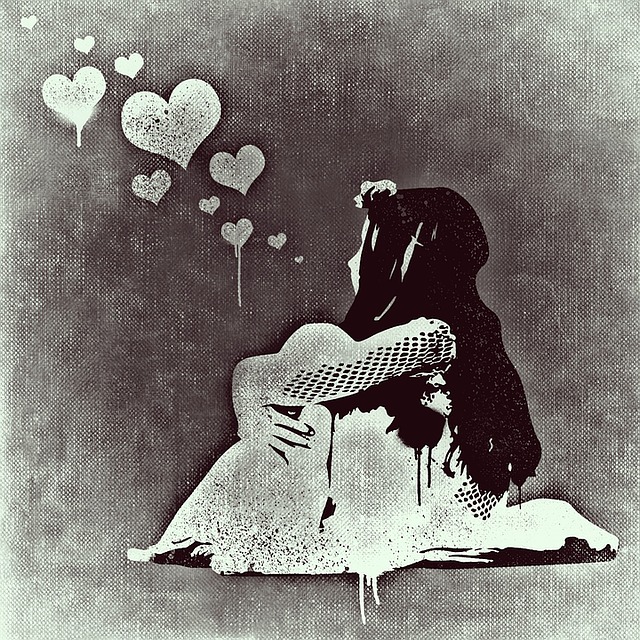 We are facing a mass epidemic here in America, and it isn’t just about drugs, hate, or violence.

These issues seem to be unrelated. But are they?

I believe that none of these three things are the real problem; they’re a symptom of a much deeper issue: disconnection.

Instead of choosing responses based on fear and anger, in which we yell, blame, and point fingers, we need to start asking questions like, “Why are so many of us, especially young people, turning to these heavy duty drugs as an answer? Why are we in so much pain that we are seeking anything that will dull the pain even if it means playing Russian Roulette with our lives?”

We need to forget whose “fault” it is that opiate overdoses are now the leading cause of death among Americans under the age of 50 and start digging into why. Let’s put aside who is to blame for the hate and violence, and instead, ask why it seems to be catching on like a fashion trend.

That’s where the root of the problem lies, as well as the key to solving it.

On a societal level, America is more disconnected than ever before, even though we have more science, more technology, instant communication, 24-hour news, and a plethora of choices for any and all religious and/or spiritual philosophies to choose from. Now, more than ever, we could be using technology to increase human connection with one another, yet we’ve never felt more isolated and alone.

At the push of a button, we could be chatting face-to-face with a loved one anywhere in the world, yet more and more of us are dying cold, lonely deaths as we wallow in the darkness of the shadows, isolated by our own demons.

Pain, darkness, and shadows are a natural part of life in this dualistic world; the light couldn’t exist without them. All the ancient philosophies knew it and speak of it. We find this acceptance in the Upanishads, the Yoga Sutras, Buddhist texts, and so on. We’re also offered the keys to dealing with this darker side of who we are. It’s when we deny it and suppress it that it begins causing us so much pain. And, in the Western world, we seem to have fallen into the belief that we can live pain-free lives. We falsely believe that we can escape pain, and thus, we spend our existence running from it.

The ego mind wants pleasure, and Western society caters to this. We’ve never had more choices when it comes to anything we want—be it food, cars, housing, clothes, movies, books, and so on. This illusion of choice wants us to believe that we are free, and we are materialistically quite free; however, as evidenced by the growing drug epidemic, materialism just isn’t filling the painful void of disconnection within us.

By now, you may be asking, “Well, then what will?”

It’s connection that fills the void.

First and foremost, connection with ourselves—our own true nature that resides within the divine temple of the heart center. When we connect with that space, we are able to stop avoiding who we are under the many layers that make us who we are as humans. And when we stop avoiding our shadows and darkness, guess what happens?

We stop being in so much pain.

It’s through the darkness that we find out that we are beautiful, dualistic beings of light and love, as well as darkness and fear. Hate isn’t the opposite of love, fear is.

Hate is nothing more than a lack of understanding dancing with fear inside a disconnected person. People hate others because they hate themselves and can’t admit it. They hate themselves, because they inherently know that they are living an empty shell of an existence and denying who they are. They know something is wrong, but they can’t figure out what.

At the root of everything, we are facing one common thing: pain that comes from suppressing who we are.

When we stop running from the pain, and we accept that life is going to be painful as well as beautiful, we can then begin to break the shackles of disconnection.

I have a theory that the reason society is so intolerant of drug addicts is because they mirror the shadow element of our world. The addict is the “in your face,” extreme personification of a nation that is caught in the grips of compulsive consumerism.

As a country we are addicted to all sorts of things, from sugar and coffee, to Facebook and video games, to shopping and sex. We try to suppress these compulsions and addictions which are all fueled by the pain of disconnection.

When we try to deny or suppress an element of ourselves, we then become intolerant of that very thing in others. So, if the drug addict triggers you, I dare to challenge you to ask yourself: why?

What are they mirroring in you that you don’t want to admit? Where do you have no control and can’t admit it?

When we start asking ourselves these questions, and we get honest with ourselves about the answers, that’s when we will start the healing.

And there’s no better way to bring healing to the world than by beginning within ourselves.