How to Save the Relationship—3 Critical Changes to Make before it’s Too Late. 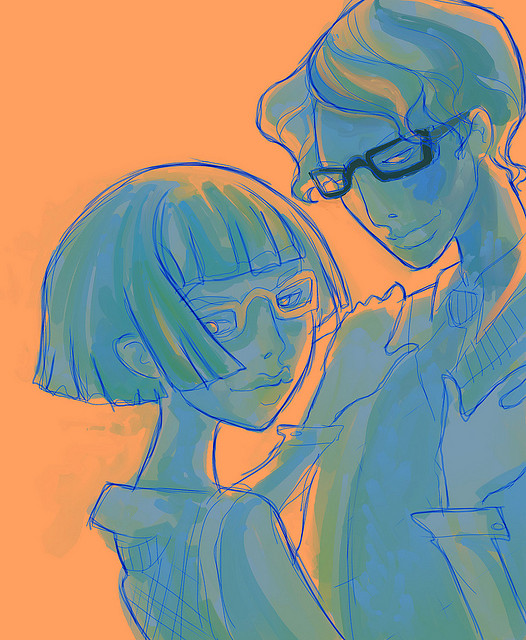 “How will I know if he really loves me?”

The late Whitney Houston sings in the background. The couple is looking at the floor, glum and stuck. They’ve been in the same situation of “not knowing” for two years. The relationship is not moving forward and yet neither of them want to break up. The same cycle plays out like a broken record, a relationship punctuated by regular dramas. Each blow up resets it to zero. They have split up and got back together more times than they can remember. It’s a tiring dance that can’t last much longer.

Been in this situation? I have, as have many of the clients I’ve worked with.

The start of the relationship feels like a meeting of kindred spirits. The other person ticks many of the boxes that had been left unticked in the past. They “get” us. They share our values. They care. They understand our quirks. They even have similar quirks. We feel like best friends and lovers. They are interested in us as and not just as a sex object. But the sex is intense. A dream gets ignited. A hope of a happy future with this person is born.

Then, the disharmony starts.

We see parts of them that don’t fit the person we fell in love with. We feel stunned, disenchanted, repelled. So, we walk away and feel unbearably sad. We talk to them in our heads. We miss them when we do new things. We revisit the relationship. That hope or dream is still alive and burning in our hearts.

We try again. And it happens again. And again. And again. Each time, we gather more evidence for why the other person is the “bad guy.” We stockpile this “evidence” to make a case for why we can’t commit to the relationship fully. We say, “If only he/she would sort out their issues then this relationship would improve.” Yet we don’t leave because we still hope, we still dream, and beneath all the disharmony, we still love. The relationship sways back and forth like a swing in a deserted playground.

When we are only willing to commit if the other person changes, then things will never improve. Individuals attach different meanings to the word “commitment,” but essentially, it’s about saying “yes” to the relationship and deciding to step on board with both feet.

We shift from focussing on what they are doing wrong and look at the part we play. As Gestalt therapist Robert Resnick says, “relationships are co-created.” We are 100 percent responsible for our part and how we react to our partner’s “flawed behaviour.” We play our part in the dynamic. We defend, we blame, we withdraw, we meet for coffee, and then we play again. Since a relationship is a system, any small change will inevitably change the entire system.

Snakes and Ladders is a board game, not a relationship.

When we only engage conditionally, then, we keep the relationship suspended and uncertain. These are hardly the right conditions for either of us to take an honest look at ourselves and be open to behaving differently. It’s like a parent telling their child who is struggling at school that if she gets good grades then they will love her. She will most likely become so anxious that she sabotages her own success.

Feeling motivated to do better comes from standing on firm ground. When we are anxious about the security of the relationship and whether the other is “in” or “out,” we don’t feel safe enough to focus on what we bring to the table. But we try nevertheless. Then we stumble and we get told, “There you go, I told you so, you just can’t help your bad character.”

Gestalt Therapy theory talks of polarities. Think yin and yang, day and night. Where one behaviour exists, the polarity also exists. Within a shy person, there is an extrovert. Within a compliant person, there is a bossy person. When we don’t acknowledge both polarities, then we behave in an unbalanced way. Relationships also have polarity behaviours. What’s the opposite of staying on the fence? You got it—commitment!

Committing means no more conditions and blame. It means stopping the dance of pursuing, distancing, and showing up naked in the ring in front of the other. It means closing the exits and giving the relationship a chance to thrive. It means seeing disharmony as something to overcome and learn from—not as an excuse to exit.

It means deciding to not play the same old relational record on repeat. It’s tiring, confusing, demoralising, and clearly not working. It means addressing our “madness” and how the other triggers that in us.

Still scared? Deal with it!

We feel cautious. Can we trust the other? What if we go for it and it doesn’t work out? As Gestalt Therapy theory says, “whenever we take the risk of doing things differently we feel anxious.” It can’t be helped. It’s part of life. We can only avoid uncertainty and anxiety if we die.

Philosopher Alain de Botton, in his refreshing and down-to-earth The Course of Love, discusses the concept of the soulmate, which arose with the romanticism period of European history. Until then, families chose matches that were mutually beneficial. We are supposed to recognise our soulmate instantly. We search high and low for that special person that feels “just right.” But as de Botton says,

“None of this has anything yet to do with a love story. Love stories begin…not when they have every opportunity to run away, but when they have exchanged solemn vows promising to hold us, and be held captive by us, for life.”

Chemistry is for the school science lab.

Dr. Young, who devised Schema Therapy, says that strong chemistry with someone can be a warning sign that we are attracted because they are similar to the parents that wounded us. For example, the woman abandoned by her father who chooses unavailable men. Or the man with the depressed mother who falls in love with a depressive.

The relationship won’t reveal itself like a flower growing in shit. You need to do the work. Rake the shit and prepare the ground.

Psychotherapist Susan Anderson has coined the term “outer child,” which is the part of us that blames and criticises the other. The part that sabotages relationships. Similarly, schema therapy describes the “angry child” mode. We all have one. It directs itself at us as and tells us we are crap. We can start to become aware of it, even track it. We can also monitor the amount of blaming and critical thoughts we have toward our partner, and balance them out by thinking about what we like about our partner.

We can stop defending ourselves so readily. Sometimes, we can’t admit to stuff because we believe (deep down) that to do so makes us a bad person. We will do anything to defend ourselves from the shame, which comes from a negative core belief. We might believe that “making a mistake” or “being imperfect” makes us a bad, defective, and flawed person.

Conversely, if my self-worth is not attached to my behaviour then I can say, “You’re right, I’m sorry for taking out my bad mood on you.” I still feel confident that I’m a good and lovable person. If acknowledging blame means I am now an awful, despicable, condemned person then, of course, I will defend myself like my life depends on it.

Unfortunately, many of us were parented in ways that fostered shame. Gestalt Therapist Robert Lee conducted a study on the internalised shame on marital intimacy. He found that couples with high internalised shame scored low in both marital intimacy and marital satisfaction. So, start challenging those negative core beliefs and believe you are entirely worthy and acceptable.

In the heat of the moment when the other triggers us and we feel intense anger, anxiety, jealousy, or whatever else, we can use the mindfulness technique of embracing the feelings without acting on them.

You might need to take some space in order to do so. I don’t mean leave the relationship though! Tara Brach, psychotherapist and mindfulness teacher, has a great technique called the “Yes” meditation. Rather than resisting everything that is “wrong” we embrace it.

If you do this, I cannot guarantee that you will live happily ever after. Things happen, life changes, jobs change, kids are born, parents die.

I cannot guarantee you will stay together. But it’s highly likely you will reclaim your broken parts and feel more whole, which is a much better foundation on which to build a love story.

Should I Stay or Should I Go? The 4 Essential Questions to Break Up without Regrets. 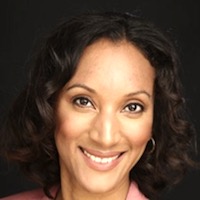