The Number One overlooked Cause of PMS (Plus: the Top 2 Ayurvedic Herbs to Help). 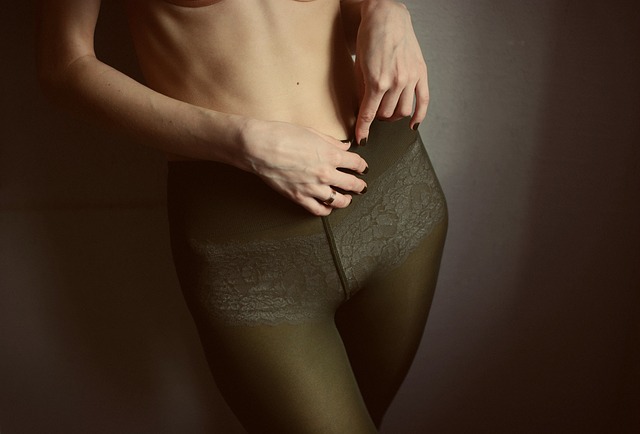 The female hormonal system—while bio-chemically complex—is also quite simple to understand when looking at it with logic.

There are three hormones secreted by the ovaries: estrogen, progesterone, and testosterone.

In addition, there are ruling pituitary hormones that send orders to the ovaries to increase or decrease the production of these hormones.

Stress can be emotional, mental, physical, or bio-chemical as a result of toxic environmental stress. Any of these stressors can contribute to reproductive hormonal imbalance.

The body’s primary stress hormone, cortisol, is produced by the adrenal glands. Excessive stress is linked to an adrenal deficit, which results in either an overzealous production of cortisol or a depletion in cortisol.

Too much or too little stress-fighting cortisol can cause a reproductive hormonal imbalance. Like the three little bears, all of these hormones have to be—not too much, not too little—they have to be just right.

With chronic stress, the adrenals get tired and are unable to keep up with delivering the needed amount of stress-fighting cortisol. In a desperate attempt to deliver the life-saving stress hormones, the adrenals will begin to borrow from elsewhere in the body.

The body’s upward-moving energy or life force, called prana vata, which transports vital energy from the heart to the head and back, is redirected in a downward direction to support the depleted adrenal and reproductive systems. Over time, the upward-moving prana or life force becomes depleted, and fatigue, brain fog, lack of sex drive, and moodiness can set in.

During menstruation, the demand for apana vata increases. With chronic stress and downward-moving apana vata and upward-moving prana vata both depleted, a host of premenstrual-related symptoms can result—commonly referred to as PMS.

To make matters worse, excessive stress will drive the adrenals to go shopping for hormones in order to make more of the stress-fighting cortisol hormone. Two of the three ovarian hormones, specifically progesterone and testosterone, will easily convert into cortisol. These two are commonly depleted in times of stress. This is the most common cause of female reproductive hormonal imbalances and PMS. (For more, see: Menopause and Menstrual Cycle Symptoms: It May Not Be Hormonal.)

The Consequences of Borrowed Progesterone.

The depletion of progesterone to be converted into cortisol disturbs the delicate balance between estrogen and progesterone. As progesterone levels fall as a result of adrenal stress, the body perceives estrogen levels as being too dominant.

Estrogen dominance with low progesterone are linked to a host of health concerns including:

>> Swelling and tenderness in the breasts

>> Benign fibrocystic developments in the breasts

This is the primary reason why progesterone replacement has become the holy grail of Hormone Replacement Therapy (HRT) for the past 30 years. Replacing the progesterone will help the reproductive system get back on track, but it does not address the underlying adrenal deficit issue.

The Consequences of Borrowing Testosterone.

The second ovarian hormone that the adrenals borrow to make more cortisol is testosterone. In women, a depletion in testosterone levels is most commonly linked to low sex drive or lack of libido.

However, there is evidence that this issue is more common than once thought, and it may be linked to a variety of symptoms such as:

Addressing the Root Cause.

According to Ayurveda, there are two classic reproductive tonics that support both the libido as well as adrenal stress and hormonal balance in women. They are shatavari (Asparagus racemosus) and ashwagandha (Withania somnifera).

Shatavari, otherwise known as wild asparagus, has been shown to be an effective reproductive tonic for women. Studies show it boosts sex drive in both men and women, while also combating vaginal dryness and balancing menstrual concerns such as heavy bleeding or discharge.

In one study, shatavari was shown to enhance physical stamina and endurance, as well as increase the weight of fatigued adrenal glands after exercise stress—suggesting its adaptogenic support for adrenal health. Taking the stress off of the adrenals allows shatavari to effectively play its role as a reproductive tonic.

This herb balances the production of adrenal cortisol, making it a natural adaptogen. Shatavari contains steroid saponins—such as sarsaponin, protodioscin, and diosgenin—which are the most likely estrogenic components extracted from asparagus roots. These compounds also act as a precursor of progesterone and increase secretion of this hormone.

Shatavari has been oversimplified to be only estrogenic, but clearly, it acts as Ayurveda predicted—as a powerful reproductive tonic.

Ashwagandha is one on Ayurveda’s classic reproductive tonics. Like shatavari, ashwagandha has been shown to boost cortisol levels and support healthy adrenals and female hormonal activity.

In one study, 50 women were given ashwagandha for eight weeks and given a sexual health questionnaire to evaluate any changes. On all levels of arousal, lubrication, orgasm and satisfaction, the supplemented group outperformed the placebo group. (For more, see: Enhance Your Love Life with Ashwagandha—Ayurveda’s Aphrodisiac.)

While ashwagandha is well established as a male and female reproductive tonic, it is most well known as an adrenal adaptogen, allowing the body to endure high levels of stress without the depletion of cortisol. In this way, ashwagandha has been shown to help block the adrenal tendency of borrowing female hormones from the ovaries to boost cortisol levels.

During times of adrenal stress and resultant reproductive health concerns, such as PMS or low libido, consider both ashwagandha and shatavari as reproductive tonics.