The Universe Doesn’t Give a F*ck: 7 Ways to Think, Create & Manifest like the Universe itself. 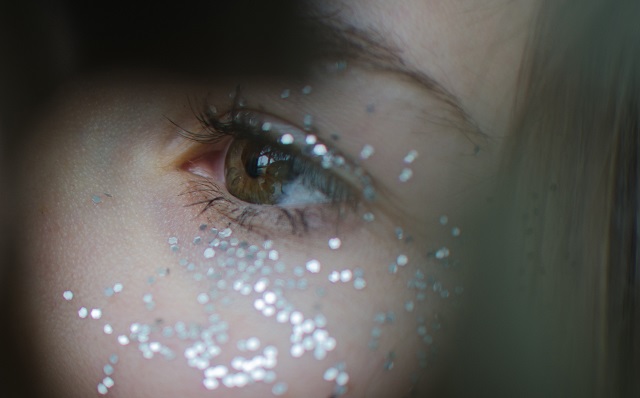 “Create whatever causes a revolution in your heart. The rest of it will take care of itself.”  ~ Elizabeth Gilbert

“If you could have any superpower, what would it be?”

Whenever I’ve played this fun hypothetical game, I’ve always—and without hesitation—chosen the power of flight.

There’s something truly freeing about the thought of zipping around the universe—flying about and boldly sparking new things into life. No doubts, no second guesses, no written plans, no checking over my shoulder, no worries at all.

Without gravity, there’d be nothing to weigh me down. Without direction, there’d be no one to tell me I’m going the “wrong” way. Without time, I’d never be in a hurry. Without an end to reach, I’d never feel limited. Flying through the unbounded universe, I’d feel like a badass creator, because I’d be in the belly of the biggest badass of all: the universe.

The universe burst from nothingness. It continues in every moment to create, never bothering to write up a business plan or take a survey.

Starting from nothing but ether (space), the most expansive and least concrete element of all, a pure chance arises out of the infinite.

This chance, given attention, begins to shake, move, and shift (air). As it does, it becomes slight possibility.

Now, the slight possibility collects weight in the form of supportive ideas, drawn in by its magnetic pull. In doing so, it builds up friction and heat (fire), animating it into probability.

Next, the probability cools and looks for places to settle—much like a river, gently (or not so gently) nudging the earth beneath it to make room (water). The probability is now an expectation, like a baby in the womb.

Finally, if the conditions are right, the expectation sprouts forth into life (earth). We can see it, touch it, and interact with it. What began as random chance is now reality.

We have these same five elements at our disposal. In fact, we are made from them.

We are spacious, expansive beings, made up of mostly space (ether). We rely on oxygen (air) to survive. Our digestion, metabolism, reproductive system, growth, and thinking processes are mobilized and managed by heat (fire). The human body is largely made up of liquid (water) in various forms—blood, lymph, phlegm. And the solidness within us (earth) is our tissue, organs, nails, hair, and bone.

But as human beings living on this tiny planet, we rarely create like we come from the endless universe. In our physical, limited, grounded, gravity-bound human body, we create from only a finite list of possibilities. We think, create, and manifest inside perimeters and limits.

Along the way, all kinds of people interrupt our creative process, telling us that we are beholden to some kind of standard, or norm—or even to them. Sometimes, we listen. We let ourselves settle for less creation and more replication. We deny our grandest dreams, and instead, play mix-and-match with already existing manifestations.

Yes, society invites us to create—but not if our creation threatens the status quo. They tell us the sky is the limit, but we want to reach further. They tell us we can’t fly.

These are people who have forgotten that we were all born from an unlimited universe. They need us to believe it too. They’d rather we create in an ordinary, not an extraordinary, fashion. The extraordinary is challenging. It’s uncomfortable. It’s unsafe.

But what about life was supposed to be comfortable? What part of offering ourselves and our creations uniquely to this world was supposed to be safe or easy? Why do we overwhelm ourselves worrying about the potential risks, rewards, failings, or successes to the point that we paralyze ourselves into doing nothing at all?

We, as human beings born of this bold creator known as the universe, can take inspiration from it and pursue our creative processes with the same sense of freedom that the universe enjoys.

1.  Let creation be born from silence.

We can tap into a higher level of creativity with just a few moments of reflection and meditation. This silence offers an opportunity to pull down from the ether—the emptiness of space—a truly original thought or idea. This sitting in silence is a form of deep listening. It’s connection with our soul. It’s communicating with the cosmos. It’s sitting at the feet of the greatest mentor of them all.

One of my favorite mantras in life is, “Don’t confuse activity for progress.” This means that looking busy on the outside is not always a measure of true productivity. Mixing and matching existing ideas is not the same thing as true creation. So, go ahead, let a fresh idea marinate for a while. The belief of wasted time is a fallacy. Some ideas just take a little more time to embed themselves in human consciousness.

The universe doesn’t rush. Nor should we.

We don’t have to know where we are going yet. Trust that the bridge will manifest beneath you just when you need it. Sometimes, creating this way—from nothing and without roadmaps—means we will have to tear down and begin again, perhaps many times. This doesn’t mean the idea isn’t right or good. It’s simply that creating this way requires more patience than ordinary creation. We must build in space for trial and error.

Welcome chaos and confusion. As we grow, and as an idea grows with us, it’s like a new marriage. It requires regular negotiation, shifting, and adjusting. Parts of us might die along the way. They were the parts that were meant to be released. Let them go.

4.  Go ahead, leap before you look once in a while.

Original creation is inherently risky. But the worst that can happen is failure—and that, in badass creator language, is just a chance to try something different, or try the same thing in another way.

5.  Trust the timing, the lifespan, and the intensity of your creations.

Just as there are all kinds of creations in the universe, there are all kinds of creations on earth. Some of our creations will become bright stars, lighting the way for others. Still others may turn into black holes—right there in front of us, but as of yet, inaccessible. Others may become like a planet, offering life and nutrients to all who inhabit it. And then there are the ideas that are like shooting stars—quick but inspiring.

Embrace them all. Love them all. They all have worth, for they came from you—and before that, the universe. They were all brought to life for a purpose, no matter the duration or intensity.

6.  Don’t wait for approval from someone else.

Who is this “someone else” you deem worthy of valuing your creations, anyway?

The universe continues on in its journey of expansion, beholden to no one, not running anything by anyone, limited by nothing. Does the universe worry about our opinions? Our critiques? Our praise? Or if its most recent creation makes the bestseller list? No, the universe creates, because it is its nature to create.

And, as children of the universe, creation is our nature too. So let’s start thinking, creating, and manifesting like the universal badasses we are.