This is why Environmental Problems Should be Blamed on Consumers. 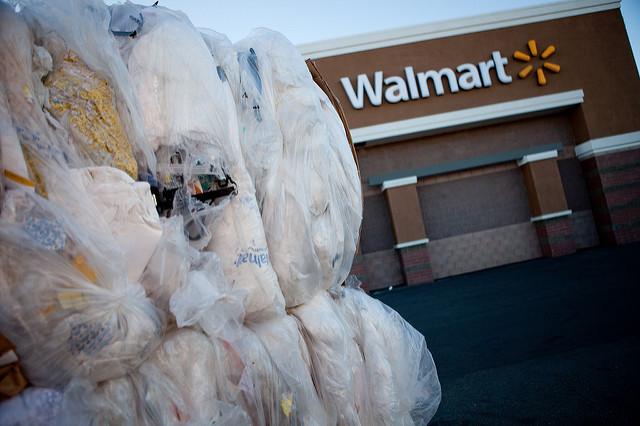 Consumers are to blame for environmental problems because a consumer can choose—or refuse—to buy a product or a service from a company that creates it.

Consumers are also blamed because they can vote for—or against—laws and policies that prevent companies from creating environmental problems in the first place.

Although companies have the power to change their practices by making a different choice, in most cases, companies choose to create products consumers will buy, regardless of whether or not they cause environmental problems.

Thus, citizens and consumers are often blamed for environmental problems because they do not adequately demand that their political leaders pass laws to stop them, nor do they demand that companies change their practices.

Addressing environmental problems will remain the responsibility of citizens and consumers until a majority of people in the market stop buying products or services from companies that cause these problems. Or, until consumers convince their political leaders to require companies to take responsibility from the outset and prevent or avoid creating environmental problems.

Although the B Corporation movement is attempting to change corporate culture, companies are not yet legally required to create products or services that are environmentally friendly, moral, or ethical.

When a consumer makes the choice to purchase a product or a service from a company that has a negative impact on the natural environment, they are literally voting with their dollars to support those companies.

A citizen or consumer can’t force a company to stop causing environmental problems until they convince their political representatives to enact laws and policies that tell companies they can no longer cause them.

I’ll use the example of plastic over compostable and biodegradable materials to illustrate, with an emphasis on plastic versus biodegradable bags:

For this reason, citizens and consumers have to contend with the environmental problem of plastic litter on land, in our streams, rivers, and oceans even though companies have the power to make the choice to stop selling them voluntarily. Companies do not usually make voluntary decisions to do good, hence the need for citizens and consumers to demand the passage of laws and policies that tell companies to be environmentally responsible.

In those cases where no law or policy exists, a consumer can choose to refuse plastic bags at the store, and then opt for biodegradable paper bags instead. In turn, a consumer can take even more responsibility and bring their own reusable bag so that they are not using paper or plastic. These are immediate actions citizens and consumers take to address environmental problems.

A wiser approach for a consumer would be to shift the responsibility to corporations. Consumers and citizens can do this through the passage of laws and policies that prevent companies from creating and selling plastic bags or nonbiodegradable packaging that becomes the environmental problem that the consumers ultimately have to pay for—through taxes—after a company has already made its profit.

For example, consumers have worked with fellow citizens to convince their political representatives to pass laws and policies that ban the use of plastic bags, or to implement a “disposable bag fee” to dissuade their use. Boulder, Colorado passed a disposable bag fee and Portland, Oregon has banned plastic bags altogether. By doing so, consumers in these two cities have shifted the burden of responsibility back to corporations.

The companies that once produced plastic bags, or disposable bags for either city are now forced to make a new choice due to consumer and citizen demand—sell biodegradable or reusable bags or leave the market altogether.

Ultimately, consumers will continue to be blamed for environmental problems until they make one of two decisions:

1. Stop buying products or services from companies that are causing environmental problems.

2. Call, write, and persuade their political representatives to pass laws and policies that protect the environment for everyone, while shifting the burden to companies.

It only takes a few years of apathy to reverse course in a democracy, so the blame will always rest with citizens and consumers over companies when it comes to environmental problems.