What Failure Teaches us in Those Moments When Life Becomes a Sh*tshow. 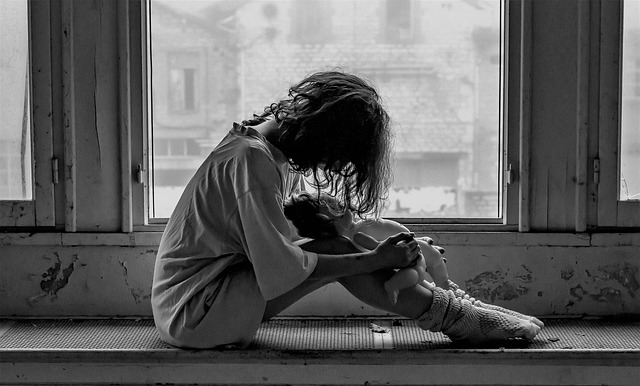 We all have people in our lives who push our buttons, trigger us, and bring out the worst in us.

More often than not, these are the people closest to us. The family members, partners, or close friends we don’t want to disappoint. The ones that we fear will stay angry at us or abandon us or stop talking to us. As a mindfulness teacher, I thought I was beyond being triggered.

I pride myself on being mindful. I teach mindfulness to my students. I’ve enrolled in multiple courses about mindfulness and, in one year, I’ll be a certified trainer. One of the key components to mindfulness is responding instead of reacting in difficult situations. In order to respond, one has to use effective communication skills. I’ve studied this. I’ve practiced this. In my mind, I had this! Until I didn’t. My thinking was arrogant, and I was about to learn a lesson.

One evening, I had markedly disappointed my daughter, and she let me know it. Her bitter words triggered a deep-seated fear of inadequacy in me. Her stinging words made me feel like a horrible mother. Like a rabid dog trapped in a corner, I felt the need to defend myself. My defense was met by a much better offense. My daughter did not want to hear my explanation or what she would call “excuses.” She would not let me off the hook, and I desperately did not want to be the image she was painting. Like a race car on the final lap, my heart rate accelerated as anger fueled my impulsivity.

That’s what I should have done—slammed on the brakes. Instead, I allowed my anger to race past me, and I watched in disbelief as it whizzed by in the left lane. A simple hesitation would have changed an entire outcome. In that hesitation, I could have acknowledged the physical sensations that indicated anger had overtaken my body.

“In between stimulus and response there is a space. In that space lies our power to choose our response. In our response lies our growth and our freedom.” ~ Viktor Frankl

Instead, I lashed out as quickly as a snake snatching its prey, and I bit down hard. Poisonous words pierced my daughter’s soul. She looked at me with beautiful, almond-brown eyes that instantly filled with tears. I was mortified. My words had injured the person I love most in the world. I was supposed to provide the Band-Aids, not make the cuts.

That was when the communication abruptly ended. Her rain-splattered, windows to the soul glared at me with disdain and then looked away in disgust. I couldn’t take the words back. I could tell her I didn’t mean them, but they hung in the stagnant, silent air warning of an impending storm—a storm I unleashed upon myself.

I set out to destroy myself.

That’s what mothers do. We flog ourselves over every misstep. When I hurt my daughter, it felt like a punch to the gut. The wind was knocked out of me; I sat on the verge of tears that wouldn’t come. Instead, a lump in my throat taunted me, reminding me of what I had done. I had manifested what I feared most—a daughter who wouldn’t talk to me.

She planned to head back to college the day after arriving home for a long weekend stating, “I just don’t want to be here.”

Home is supposed to be her soft place to fall, her refuge, her sanctuary. She’d already had a rough week. Why didn’t I remember this when she became upset with me?

That pause would have changed everything.

I would have remembered that she was already stressed out and homesick. I wouldn’t have taken her comments personally. I would have known she had bottled up all of her frustrations from the week and the cork happened to pop on me.

If I had communicated mindfully, I would have stepped away from my ego and sincerely tried to understand her anger and hurt. With a hesitation, I would have understood that she wanted her mom, and I hadn’t been there for her.

There is no way around it. Failure is like waking up after a party to a pathetic, deflated, helium balloon. I wanted to go back to the party or back to bed, not clean up the dirty plates and empty bottles. However, I knew I had to clean up what I’d just soiled—my daughter’s trust. I desperately needed to convince her that she is not the words that spewed from my mouth. That, in reality, I think she’s incredible. She is my moon and my stars; she is the air that I breathe.

I’d not only failed my daughter, I’d also failed in my practice of mindfulness. It was an epic fail. In my daughter’s life, I had never spoken to her in that way.

I know that words hurt. I see the pain in my students’ eyes after they’ve been verbally beaten down by a parent. I vowed not to be that parent. I teach mindfulness to my students so that they can better control their emotions.

The tears came: disappointment, self-loathing, heartbreak, and hopelessness slowly rolled down my cheeks. I wanted to wash in them, float in them, drown in them. I wanted to be a victim to them. To punish myself felt better than forgiving myself. I wanted to suffer and feel pain.

Mindfulness teaches us to forgo judgment of ourselves and others. As humans, we’re going to mess up. I’ve been a perfectionist most of my life. It’s not a strength. Throughout my life, I’ve tried to be the perfect student, mother, partner, and teacher. Trying to be perfect only leads to disappointment and suffering as perfectionism is impossible to attain.

I’d also had a bad week. I was tired; it was late. I was caught off guard. When we’re human, these are all ingredients for a perfect storm. I asked my daughter for forgiveness, but I also needed to forgive myself.

When we transgress, the only thing we can do is own it, learn from it, and move on. I teach my students that every day. So many times, we take an isolated incident and let it characterize us. It would be unfair for anyone to define me by that one moment in time. I also needed my daughter to know that she should not internalize my angry, wounded words that night.

I apologized profusely. I didn’t offer up any excuses. As an adult, I am responsible for my behavior. I wanted things to be right with us immediately, and I tried to go back to normal—but it was like adding insult to injury. She needed time to tend to the wound. I could apply the salve, but it would still take time to heal. This was the consequence that I bore for my words, and I’d have to accept it.

Part of mindfulness is letting go of control. I couldn’t force her to forgive me, and she couldn’t give me a timetable.

It’s important to fail. Failure humbles us and reminds us that we are here to learn and grow from our experiences. I failed at what I teach, and it was a powerful lesson.

By doing so, I have greater respect for the discipline and practice it takes to communicate mindfully. If I struggle with it, it must be doubly hard for a child to learn to “take the space” and respond versus react.

Failure instills greater empathy and forgiveness in my heart for others when they make mistakes as it reminds me of the imperfect nature of being human. I am less likely to judge others’ failures. In fact, without failure, there would be no reason to enroll in the greatest school of all—life.

By the way, my daughter did not head back to college, and she forgave me the next day. She realized that her mom is not perfect, and that’s okay.

I Searched for Mindfulness Every Morning & Found it in my Tea.

The Wisdom of No Mistakes: A Buddhist Take on Failure. 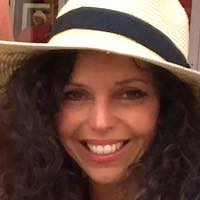