A Boulder Manifesto.
I am old school Boulder. I am new school Boulder. I am pro-co-op, if they’re well-defined and not frat houses. I am pro-development, if it’s green and interesting and human-centered (bikeable, walkable, accessible, fun with mixed-use and some affordability). I am anti-development if it’s boring and luxury and cheaply built and inappropriately situated. I am in the tech community, or halfway in, and I admire our/their energy and power and innovation. I am in the green community, and admire their thoughtfulness and passion and care. I am for helping the homeless “situation,” not merely policing it or ignoring it or pushing it away. I am pro-PLAN Boulder, when they are about caring for green and progressive. I am anti-PLAN Boulder, when saying “no” is too easy and lazy and doesn’t get anyone what we want. I am inspired by a Boulder that sticks it to Xcel, saves money, goes greener faster and shows other cities how to do the same. I am for addressing Climate Change now, not later. I am pro-business, when business means local business and small business and community. I am anti-business, when business means big ol’Unico raising the rent on 103-year-old retail shop by 40% overnight.
There is a big middle way, and the middle way isn’t an average, it’s where innovation and progress and eco-responsibility and solutions happen.
~
“Everybody needs beauty…places to play in and pray in where nature may heal and cheer and give strength to the body and soul alike.” ~ John Muir
~

My endorsements and the thinking behind them. 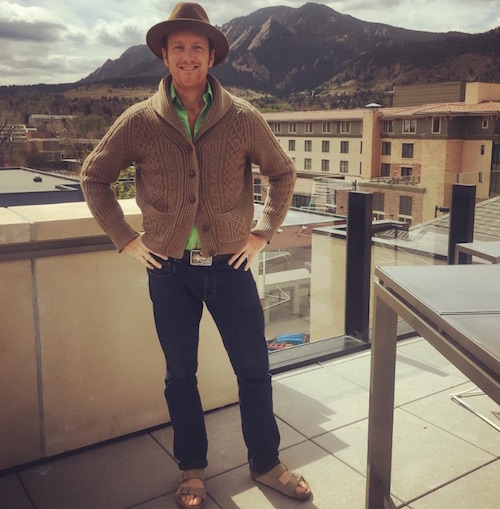 Waylon Lewis and Leora Frankel: The role money is playing in Boulder’s elections.

Bonus, some satire: A letter to the Editor of the Daily Camera to Elephant Journal, by Merrill Levine. 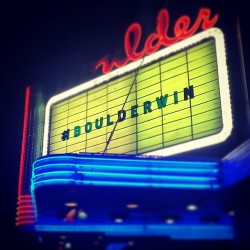 Respectfully, now is not the time to fight Climate Change. Climate Change is a problem for the next generation, ie my children. Given that I’m putting a roof over their heads, they have no cause to complain about anything.

Now is the time to defend poor Xcel ($155 million dollars a year is small change for my colleagues in the investment, tech and natural foods sector, and we don’t want to get taxed or told what to do with our backyard garages by white-haired government workers making $40K a year—you know, losers). It is time to defend poor Xcel, which just wants to make a buck, $35 million of them in profit a year off of Boulder alone, against the citizens of Boulder, who have repeatedly hurt its feelings despite Xcel infusing the Boulder economy of dozens of millions in ad bucks.

While Boulder may be (is) one of the most carbon-heavy (that’s liberal for “coal”) towns in the US, let the people continue to think they’re green, but not do enough about it.

Let them have their bike lanes and compost stations, while we defend Xcel against Municipalization. Muni is something only done in Portlandia towns, and conservative towns. So, really, any town that wants to control its future. We don’t want the people to control anything—you can’t count on people, which I learned in junior high when Sara broke my heart.

Boulder citizens have no right to control their future, which is why (after several frustrating attempts at working with democracy) we talking affordability, last round, but then bait and switched our energy into the “let citizens vote for term limits which is, on a local level, voting against their own right to vote people out, or keep them in”—and it worked. Never bet against the common man, unless you have lots of money to do so, which I do.

The time is ripe to turn Boulder away from the weirdo path of eco-minded activists that it’s trodden for so long. Is trodden a word? If not, I will wage an ad campaign that says it is. The eco-path, the path traveled less often–what has it got Boulder? Other than awards for happiest, fittest, healthiest, croc-iest, best-educated, and happiest again? How many happiness awards are we going to win? It’s irritating.

So please: vote Bill Rigler, the only renter running because he just moved here and hasn’t bought a house yet. Ironically, he’s on the side of Caruso, who is not pushing affordability for Bill’s fellow renters. But irony is rich, and so is Caruso, and so am I: so vote Bill.

Vote for Jan Burton, who likes to smile upside down and look at her phone when others are talking. Why vote for them? Because every developer in town has their signs on their lawns, and—you know, to quote Peter Thiel, follow the money if you want to make money, and I do.

So while my endorsements include Bill, who even liberal weirdo vegan Buddhists like to like, and Jan, who is good on affordability and housing solutions (but we won’t hold that against her, ’cause she’s against going green all the way and for working with Xcel and Bob Yates, but I repeat myself), and Eric Budd (who is thoughtful, and bikes around, but don’t worry: he’s for Xcel) and others…I am hereby announcing my ballot to install Digital First Media’s The Daily Camera’s Dave Krieger (if only he’d move to Boulder, the City he reports on) as Mayor Permanato.

Note: If you are liberal and eco-minded, please hold your ballots until 2018, then vote as much as you like.

PS: if you want a laugh, weirdo vegan Buddhist Waylon Lewis’ endorsements are here. The above is satire. It is offered in the spirit of mutual respect, friendship, and open and honest debate about the very real and important issues before us in the Boulder election of 2017.