Don’t get Married Unless you can Answer these Questions. 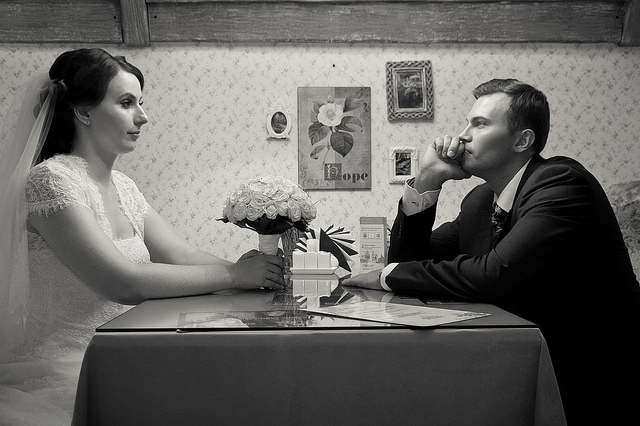 I got married when I still had a thousand reservations in the back of my mind.

I went off my gut feeling, which was filled with butterflies, and kept telling myself it was just jitters and that it would be okay. That everyone felt this way. There’s a fine line between “jitters” and your gut, and now that I am older, I think I know a few questions to help differentiate between the two.

Do they make you feel like you are the only one in the room?

You should feel like they only really have eyes for you. You don’t deserve to feel the constant pressure of trying to compete for their attention. You are worthy of someone that feels this way about you, and if your current partner doesn’t, I promise, someone will.

Do they listen to you?

Not halfway listen. Do they really listen? I settled for just having someone there for so long. He rarely put down his phone long enough to hear me. Sure, he heard me, but he wasn’t listening to me with intention. It felt like he was listening just because he had ears, and I happened to be talking. Don’t let yourself settle for someone just being there. We all deserve someone that is completely here for us—someone who cares enough to listen with intent and with love.

Do you have to adjust your dreams to fit their comfort?

When a couple meets each person has their own set of goals. And once they become one, as a couple, those goals and dreams sometimes change. Not because someone is pushing for a change, just because that is the way things naturally seem to go. It’s normal: people settle down and their goals and dreams change. However, if you have to adjust your dreams or personal goals for your partner’s comfort, this may be a sign that the relationship just isn’t right. And in relationships like this, you will end up compromising yourself in more ways than one.

Can you 100 percent be yourself with them?

This seems fairly obvious, but I see this a lot: people get into relationships and change, but not in a genuine growth kind of way. For me, I became a different person. I no longer felt like it was okay to be “the weird one” or a little eccentric or “out there.” I adjusted who I was to fit with him better and make him more comfortable. I was crazy; he was straight-laced and was bothered by my shenanigans. So, I changed…completely unaware that there were people out there that would love this piece of me instead of just resenting it.

Forcing the relationship when we clearly were not a match did nothing but harm us both in the end. Be sure that you can 100 percent be yourself in your relationship—and aren’t losing yourself by turning into something your partner wants. For me, the clarification of this realization came when I was dancing in the kitchen, and I was told to “stop.”

Be with someone that dances with you.

Does it feel right?

This seems like the most obvious question, but it’s also quite important. I do this weird thing where I like to picture my life from a different perspective—like a third person take on things. Well, when I would picture me and him together, I just couldn’t see it. Even after marrying him, fully believing I loved him, I just could not see it. I think this was my gut trying to knock some sense into me, but I listened to everyone else and chalked it all up to “jitters.” But jitters and simply not being able to make sense of your own relationship are two very different feelings.

And no, not constant and horrible knock-down, drag-out fights. But, do you both care enough to fight? Do you feel comfortable enough disagreeing with one another to speak up? As long as both people are fighting, both people still care.

There were so many nights I was fighting with myself. I would be awake all night, but he just rolled over and went to sleep. It just seemed like he didn’t care, and now I know that he didn’t. I learned that someone who is not willing to fight with you sure as hell isn’t going to fight for you. 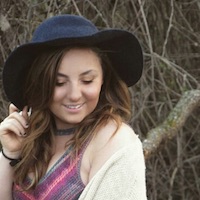