My mom was Bipolar. Two weeks before she Died, I learned How to Love Her. 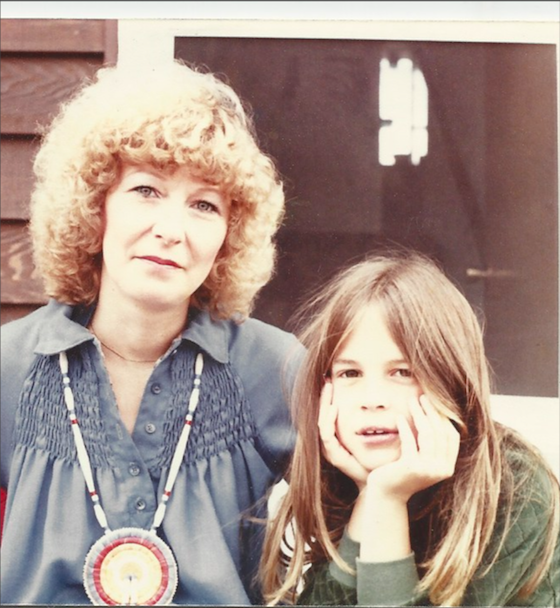 My mom’s bipolar life was like riding a sine wave.

She had lows and highs, depression and mania. But there were times when she passed through that zero line, too—the neutral of the in-between.

At the end of her life, Mom’s medication did a decent job of curbing the lows, so she bumped along between neutral and manic. Her manic periods were wrought with delusion, anger, paranoia, victimization, distraction, the inability to relegate past events to the past, and grandiosity.

A year before this final episode, when she had last been like this, I had called her psychiatrist for help. When he asked her to come in to see him, she did, with a vengeance. She was bitter and unruly and, after an explosive episode, was forcibly escorted out by security. In her mind, the doctor had attacked her, and I was complicit. For the next year, the last of her life, she refused to see a psychiatrist again.

It wasn’t her fault, though. She didn’t have control over her beliefs, let alone her actions, when her illness was governing her reality. Because her mind was not clear, she had no idea that what she believed to be true simply wasn’t.

My mom believed that I was a bully. She claimed that I attacked her verbally, and worse, that I had beaten her. She claimed that she could never be safe with me. And yet she told me that what she wanted most from me was for me to “have her back.” To her, this meant that I would defend her against injustice and the abuse of others, both of which, in her mind, were constant threats. Since I would not take action against people that she claimed were her abusers, I was her primary abuser.

For the record, I never hit my mother. I did argue with her. I have never been as confused or frustrated as I was in conversations with her. But after she was diagnosed with bipolar disorder five years ago, my whole life steadied onto a new foundation. All of a sudden, everything made sense. All that crazy was real, and, with this new information, it just wasn’t okay to call it crazy anymore.

When I figured out why mom was the way she was, I had an explanation for my entire childhood. I had a huge “Oh!” that allowed me to reframe the first 40 years of my life.

But that didn’t make her better. And she was still there.

Over the years, I’d tried a bunch of approaches to finding peace with my mom while maintaining my personal boundaries. We lived thousands of miles apart, and I limited our conversations to once a month on the phone. I emailed her instead. I saw her at most once a year because visits did not go well. My distance hurt her, I know. And it hurt me too. But I saw it as self-preservation.

And there it was again. I couldn’t win.

The key. The answer.

In my case, winning equaled proving reality. My relationship with my mom could not be about “winning” anymore.

My ego became irrelevant. I couldn’t win. And so I let go.

I did not let go of her. I did not relinquish my relationship with my mom or call it quits because I saw no hope of changing her, or I just couldn’t deal.

My journal entry from that day:

This, I believe, is the only way I can truly love and honor myself while kindly loving and honoring Mom.

We’ve had a rough week, Mom and I. She is manic now. All the injustices of the past are storming out of the shadows of her mind to actively threaten her. And here I am. Far away and not engaging—and so, by default, I’m attacking and bullying and abusing her.

But that’s okay, because this is not about me.

Though her actions have hurt me in the past, I have the ability now to remind myself that she is ill. I am strong and I am fine, and I always will be. But she isn’t.

The truth is, I will never suffer the pain that she has suffered in her life. I can’t feel the anger that she feels on a daily basis. I will never really understand what it feels like to be constantly attacked and abused and bullied, and I’ll never be able to convince her that it’s not happening.

But while what is triggering her may not be real, her response to it is. It doesn’t matter what she is scared of or threatened by, the truth is that she is scared and threatened. Living in that place must be horrible. How lonely it must be. And dark.

I will not save her. I can’t. And I will not enable her paranoia by telling her that what she believes is true. I will simply offer her what I have to give.

That night, my mom sent me another four-page missive on all that I had ever done to hurt her. And despite my best efforts, my heart broke again. I cried. For me. For her.

The next day, though, instead of going point-by-point through the email to clarify or defend (as I had done before), or ignoring her altogether (as I had also done before), I tried something new.

I opened a new email, a clean slate. In the subject line I wrote: I love you.

The note was short, and from the heart.

“I’m sorry you’re having a hard time right now, Mom. I love you very much.”

And that was it.

I didn’t know what she would do with that. But I had to let go of the outcome. Because I had finally found peace. And all I really wanted, all I ever really wanted, was for her to find peace, too.

It has been more than a year now since my mom passed away. And I have said many times since then that I am so grateful to have come to such a loving place of acceptance before she did. I do wonder sometimes if perhaps this was part of the closure she needed in order to let go of this hard life and move on to a place of freedom and light.

I love my mom. Now, after her passing, I have the strongest relationship with her that I have ever had, free of the weight and challenge of this world. She was a guide and teacher to me during her life, and she still is. And maybe, in my sharing these words here, she and I together can help others as well. She would like that. She would like to help.

Bipolar disorder is complicated. No two people exhibit the same symptoms or behaviors. And I know, from experience, how hard it is to be in a relationship with someone who is deeply affected by it. However, perhaps sharing my personal experience of letting go, not of the person I loved, but of my own egotistical need to bring her back to Reality with a capital R, may help someone else out there.

I’m also sharing this now as a catalyst for real conversation about bipolar disorder and other psychoses. Because they’re real. And the sooner we can address them without shame, the sooner we can find peace in working together to get through the hard times, to find strength and compassion, and to heal people, hearts, and relationships. There’s a lot to talk about. This is just a start.

The response I chose and finally offered was a long time coming. And, yes, in my case, with mom, it really was a final offer. The last in mom’s life. But once I got there, it really was so easy just to love. 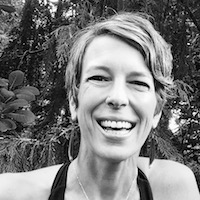