This is why we need to Always speak out about Domestic Violence. 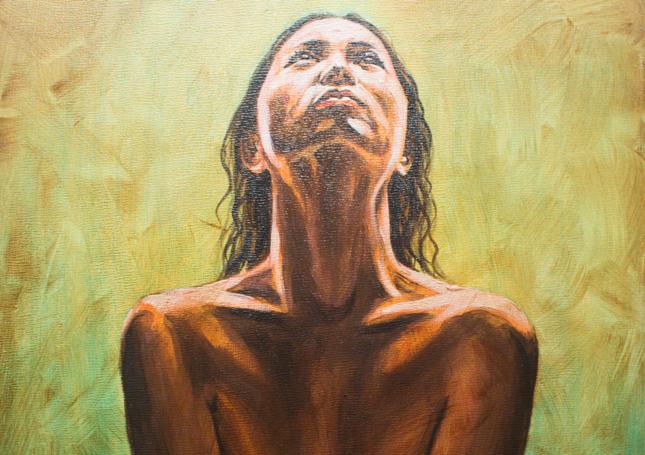 One of the reasons I feel so compelled to speak out or reach out when I’m aware that someone is experiencing domestic violence is because when I was experiencing physical abuse on a regular basis, no one came to the rescue.

And at the time, I was incapable of rescuing myself.

While in the midst of a relationship in which there is extreme violence, the person on the receiving end may not have the courage, a balanced state of mind, or the strength to speak out.

Abuse is insidious. It creeps up out of seemingly nowhere and messes with the victim’s mind to the degree that they likely no longer think straight. They end up failing to make rational decisions that could bring an end to it.

“Why stay?” is the question often heard by people in these abusive situations.

There is no simple, straightforward answer that can explain why people don’t seek help, or why they feel unable to walk away. There are so many variables that often there isn’t one viable answer that would make sense.

I still don’t know why I stayed for so many years. Was it love? Was it co-dependency? Was it fear? Was it fragility? Was it my unstable state of mind and lack of self-esteem? I can only say that it was likely a mixture of all of these and more.

One thing that didn’t help me was that I was too afraid and ashamed at the time to let other people know what was going on, and I didn’t seek help and support. Looking back, I now know that had I spoken to someone who had compassion and understood, I may have left long before any damage was done.

I wish there was a friend, a family member, a neighbour, or a random passerby, that had picked up on the invisible (and clearly visible) clues, and had taken it upon themselves to be my voice when mine was lost.

If we notice bruises, if we hear screaming, if we hear loud noises that sound terrifying and as though someone is behaving threateningly or violently, we absolutely must speak out.

The only way domestic violence will be eradicated is through lifting the carpet and sweeping it out. It cannot be allowed to hide.

Yes, there will be those who deeply love and forgive their partners and do not want the relationship to end, however, there is also the chance that the person who is violent will receive the help and support they need—potentially ending the turmoil for all involved.

There are no words to describe how it feels to live with domestic abuse, other than it feels like there is a war zone in your home. The place you should feel safest is the place where you fear that your life could end at any given moment. The floors that should safely support you are littered with eggshells and broken glass, and you fall on it so many times that you almost lose the will to rise. The bed you should sleep peacefully in is filled with tremors and nightmares and becomes a place where the day’s events ricochet menacingly through your head.

Sadly, many women and men who go through domestic abuse recoil and become reclusive and withdrawn, which makes it extremely difficult for family and friends to notice the warning signs. Even if someone confronts them about what’s going on, they may deny it and make out that everything is fine, as the thought of that can of worms spilling out is too much to bear.

This can be particularly excruciating for those closest to the person experiencing domestic abuse, as the red flags are there, but there is little someone can do if they are met with silence or anger when they try to intervene. However, there are numerous organisations across the world that support not only the victims, but will talk in-depth and offer valuable and possibly life-saving advice to those who have concerns.

Most domestic abuse takes place behind closed doors, and often the abusers are tactical with where they leave their mark, so cuts, bruises, and breaks can be hidden in places that won’t be instantly noticeable. Even if the bruises are clearly visible, the victim will often go to great lengths to hide them with makeup and clothing, or by avoiding people until they have healed. Statistics show that approximately 65 percent of women will attempt to cover up bruises.

Not only that, friends and family members are known to turn a blind eye to abuse, as they may feel it is not their place to get involved, thus normalizing the abuse to a degree and causing the perpetrator to believe that their behavior is acceptable.

If the signs aren’t visible, here are a few to look out for if you suspect someone is experiencing physical abuse:

1. If their partner is constantly putting them down, humiliating them, and making them feel worthless.

2. If their partner is controlling, bullying, jealous, possessive, and dominating.

3. If their partner has, or has attempted to, isolate them from family and friends.

4. If their partner uses anger, rage, and threats to intimidate them.

5. If their partner shows signs of cruelty toward those who are vulnerable, including animals or children.

6. If their partner blames them, or others, for their moods and temper tantrums.

7. If their partner smashes things or throws things around when angry.

8. If they use any form of physical force during an argument.

9. If their partner has been abusive in previous relationships.

10. If there are signs of bruising or injuries that seem suspicious.

11. If they have a dual personality and are charming one minute and then angry and moody the next, or their moods and behaviors dramatically change depending whose company they are in.

12. If the relationship gets serious extremely quickly, and there is pressure to make a commitment.

Domestic abuse can happen to anyone, male or female, and it will only come to an end when we speak out and get help and support—whether it’s for ourselves, a loved one, or for a stranger.

It can be difficult to know where to begin to tackle abuse; however, there are numerous websites, Facebook groups, and organisations that can offer free advice and guidance.

Or visit: The National Coalition Against Domestic Violence (NCADV) website.