Why it Feels Impossible to Break our Bad Habits (& how to Finally do It). 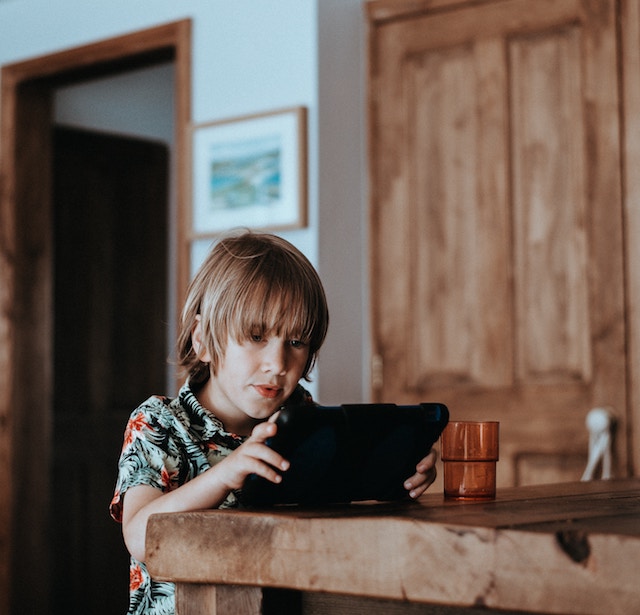 Sometimes, being a human feels heartbreaking.

Even when our own life is going great, we feel deeply impacted by things that are happening to other people.

For instance, just this month many people living in the U.S. (and elsewhere) were emotionally devastated about yet another mass shooting, this time in Las Vegas. This was followed by the Harvey Weinstein allegations and the #MeToo hashtag, both of which brought harsh revelations about the persistence of sexual violence to the surface.

It’s times like these when I am reminded of a movie—the 1993 production called “Groundhog Day.” As you might know, the plot involves a man waking up every morning to experience the same day over and over and over again. Like the fictional character in “Groundhog Day,” we real-life humans can find ourselves in a perpetual déjà vu situation.

When we take a step back, we can discern these repetitive patterns on the global and on the individual level.

On the macro-level, we continue to see instances of violence and inequality (alongside evidence that the world is actually getting better).

On the micro-level we observe something similar: while some people are blessed with “positive repetitiveness” where most of what they touch turns into proverbial gold, others have continuous negative experiences through no fault of their own.

What is going on?

We could think of these positive or negative repeats as the metaphorical “fractal patterns of life.” In layperson’s terms, we define a “fractal” as a pattern that repeats on every scale. Nature itself is full of fractals, including coastlines and ocean waves, and according to physicist Richard Taylor, our visual system itself is hardwired to understand fractals.

When it comes to addressing negative repeating patterns in one’s own life, I suggest the following initial steps:

Before anything else. It’s easy to use insight into negative repeating patterns to attack oneself or secretly criticize others. A compassionate attitude (such as the practice of greenlighting) prevents this.

We need to keep in mind that people don’t consciously choose to have negative fractal patterns, and their issues may originate from childhood or their family of origin. The same obviously goes for ourselves.

While going through these steps, it’s important to keep a key distinction in mind—the difference between judging (which often includes an element of righteousness and/or moral condemnation) and assessing (which gathers information from an emotionally neutral place).

Even though it might feel tempting to fall into judging myself or others, doing so is not helpful. In fact, being overly self-critical is just another pattern. During this entire exploration, we want to come from a place of assessing and remain compassionate.

Become aware of repeating patterns in others.

When it comes to changing our lives sustainably, a key step is identifying negative patterns we witness in the people in our lives. Doing so takes practice, so before tackling your own life, first increase your general awareness of fractal life patterns.

It’s easier to identify these patterns in the lives of other people than it in our own. To build awareness, start by looking out for problems that seem to repeat themselves for the people you care about.

For instance, do you know somebody who keeps on experiencing what is basically the same problem in a slightly different form month after month—regardless of how hard they try to change it?

You might also notice how much they would like to change that pattern and that they put a lot of effort into making progress…to no avail. Can you see how there might be a fractal pattern at work there?

A fractal is an infinitely repeating pattern that contains the entire whole in each part. pic.twitter.com/qZBXWi9mud

A word of caution with this approach: it is generally best to be a quiet observer at first. If we notice a friend or family member living out the same problem again and again, it is advisable to keep this observation to ourselves until we have received a clear invitation from them to share our thoughts.

You may even wish to start by finding fractal patterns in people that you don’t personally know but that are in the public space. For instance, we might have heard about people who have gotten divorced half a dozen times (or more), or who have sustained one heavy loss after the other. Can you see how that might be a fractal pattern?

If you find yourself becoming judgmental at this stage, refer back to the previous step about adopting a compassionate attitude.

Consider mapping your own life.

Once you have explored how fractal patterns might play themselves out in the lives of other people, try mapping this concept onto your own life.

Here are some questions that help in this mapping:

>> Are there any issues that you have dealt with repeatedly in any area of your life?
>> What are the common denominators?
>> How has this pattern resisted your efforts of changing it?

Again, the idea here is to assess, not judge.

Find and address the root cause of the repeating pattern

“When solving problems, dig at the roots instead of just hacking at the leaves.” ~ Anthony J. D’Angelo

Fractal life patterns don’t come out of nowhere, they have one or more root causes. For instance, someone who chooses highly-critical partners in life and business may have grown up in a verbally abusive environment. Later in life, this person’s childhood experience repeats itself in a different context.

The good news is that fully healing the root cause changes how we approach the whole situation. While outside circumstances also play a role, addressing the root cause makes future repetitions of the pattern less likely. This makes the process of change more efficient and sustainable.

Finding the root cause of a fractal pattern can be tricky. Here are some questions that might help you explore:

>> If you had to guess, what might be the incident or situation that created your own repeating pattern?
>> Is there a similarity to an incident that happened at an earlier age?
>> Is this a pattern that runs in your family?

Once you have clarity about the root cause of a repetitive situation, you can then explore options for dealing with it. While you might need qualified help for addressing the deeper cause, the mere act of clarifying the underlying issue will possibly already bring you some relaxation.

Having more clarity about the root cause will also make it easier for you to identify which solution might be a good fit for you so that you don’t waste time and energy on dead ends.

The book Misbehavior of the Markets, co-authored by the “father of fractal geometry” Benoît B. Mandelbrot, explains the importance of recognizing patterns:

“People want to see patterns in the world. It is how we evolved. We descended from those primates who were best at spotting the telltale pattern of a predator in the forest, or of food on the savannah.”

This raises the question of what could be possible in human evolution if we took this skill to the next level by becoming proficient in changing negative patterns of life into positive ones?

If you’d like to find out more about repeating patterns, I invite you to get access to my free webinar here.