Trump is making it Hard for my Immigrant Family to live a Normal Life. 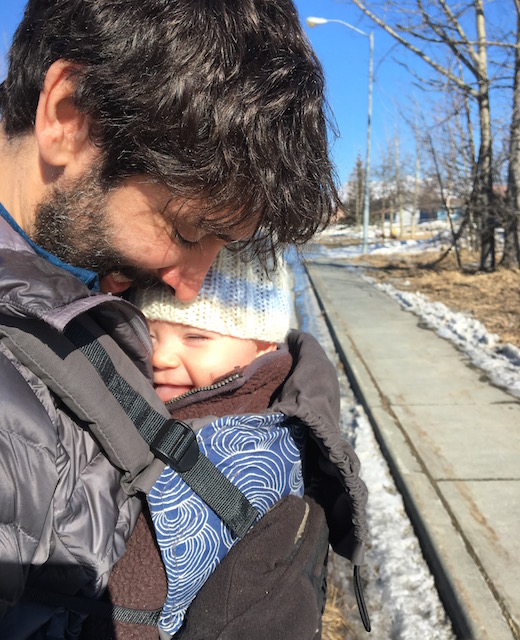 Like many working people, my husband and I want to take a mortgage out on our house.

There is only one hiccup—my husband is an immigrant.

How many of us take the inner workings of normal daily life for granted? How often do we ignore the news, keep our noses to the grindstone, and watch too much reality television because what’s out there definitely doesn’t affect me here?

Until it does. I didn’t pay much attention to United States immigration policy until I fell in love with an immigrant. Then my whole world changed.

Falling in love while traveling abroad sounds romantic, but in reality it means years of sometimes heartbreaking long distance dating and the perils of immigration. Skype calls, thousands of dollars in plane tickets, digital anniversary cards, constant explanations of “yes my boyfriend is real, he just lives in another country,” and loneliness.

True, there are the romantic getaway destinations, the excitement of absorbing a new culture, and of course, love.

But love doesn’t get us far with immigration.

Marrying an immigrant is a testament to patience. Sometimes with our circumstances and partners, but mostly with our governments. We love who we love, and differing passports shouldn’t define our loves or our lives. Unfortunately, those of us who love immigrants, are at the behest of mercurial executive decisions and changing policies.

Last week marked President Trump’s 300th day in office. With it, came a little blip of news buried in the Thanksgiving holiday weekend that mostly went underreported: the Trump administration still has more than 250 unfilled federal appointments. This means that some federal departments are understaffed or lacking committed leadership.

The Washington Post and Partnership for Public Service have created a nifty website which allows anyone to easily search departments and track nominations through the confirmation process. These are important people, like ambassadors and heads of agencies.

President Trump has also made it abundantly clear that according to him, he’s the most important one in office.

But if he’s the most important one, why are we still facing a backlog of over half a million immigration cases? So I got to thinking, are the lack of executive appointments the reason why my husband and I currently can’t get our mortgage?

We’ve been waiting for over a year for my husband’s adjustment of status from two year to 10-year permanent residency. While we’re in this limbo place, we’re stuck. We can’t do big things like leave the country without permission or apply for our mortgage, and little things like parking tickets make us sweat. Not to mention planning for the future with our son.

And we’re not alone.

Before President Trump came into office, U.S. immigration was already a mess. We’ve all heard of Dreamers and DACA, but have we heard about K-1 visas and E-2 visas and the slog through green card interviews? Or maybe we are some of the anxious ones who also have family stuck in the immigration pipeline.

According to the nomination tracker, the Director of the U.S. Citizenship and Immigration Service, Lee Francis Cissna, was only confirmed by Congress on October 5th, 2017. The acting Assistant Secretary for Immigration and Customs Enforcement—also known as ICE—Thomas D. Homan, was only nominated November 14th, 2017, and has yet to be confirmed.

It’s hard to say if the lack of confirmed stable department leadership has affected the massive immigration backlog, but Executive Order 13780, “Protecting the Nation From Foreign Terrorist Entry Into the United States,”—you know, the one that among other things bans almost all travel from seven predominately Muslim nations—definitely does. The order changes a long standing rule which now requires in-person interviews for some green card categories that didn’t previously need one—therefore compounding the backlog.

Because immigrants and their families are real people with real lives. Like so many others, my family wants to live a normal existence with birthdays, jobs, a home, and fights about what to have for dinner. The fact that my husband was not born in the United States is definitely not the most interesting thing about him—that he can give killer back rubs or juggle flaming knives are better contenders.

How many of us come from immigrant roots? Are we proud to share our family histories and travels? The stress and fear of immigration is a very real thing that weighs on millions of families. Let’s actively look up from our daily routines and take in the world around us. Let’s pay attention to laws and executive orders that sound like gobbledygook. It’s easy to be on the lookout for the fickleness of U.S. immigration policy when it directly affects us, but we should continually listen up for all of our sakes.

You never know, you too may fall in love with an immigrant.