Ditch the New Year’s Resolutions & do this Instead. 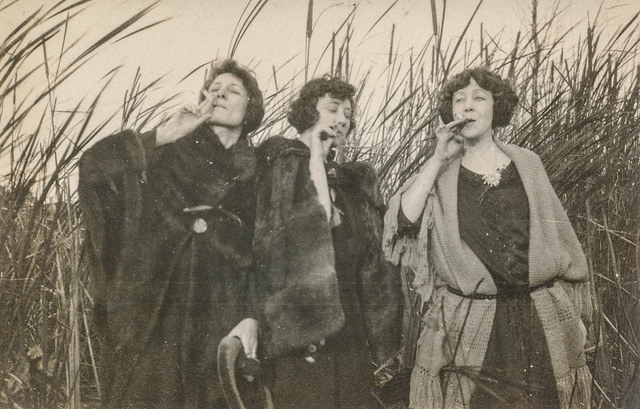 Although the numbers vary somewhat, many statistics state that each year about 130 million Americans make New Year’s resolutions.

The same surveys go on to reveal that almost 92 percent of those well-intentioned hopefuls throw in the towel by January 15th. You don’t need a doctorate in behavioral psychology to realize that all of that failure and disappointment will inevitably lead to the smokers smoking more, the eaters eating more, and the drinkers drinking more.

The whole tradition is actually kind of a trap.

Obviously, there is a two-fold rationale to creating these promises on January 1st. One, our skewed perception tells us we are beginning with a clean slate on the first day of the year; and two, because we are masterminding these ideas on December 27th, we are giving ourselves an excuse to continue our self-destructive ways for at least three more days. So most people after giving up promise themselves they’ll try again next year, and the results of that can sometimes be catastrophic.

My firsthand experience with quitting cigarettes after nearly 25 years of smoking opened my eyes to a truth that can be applied to any change one needs to make.

I read a book by Allen Carr called “The Easy Way to Quit Smoking,” and what was so ingenious about his technique was that he removed the feeling of being deprived of cigarette smoking and replaced it with the feeling of being given a healthy, happy new life as a non-smoker.

He suggests that you continue smoking as you read the book. He then gets you so excited over the course of 250 pages and when you reach the last page he tells you to throw out whatever cigarettes you have left, look up to the sky and shout, “I am a non-smoker!”

Laugh if you want, but I haven’t even considered picking a cigarette up in the last seven years.

Here are what I consider the three key elements to kick the failed resolutions to the curb and create lasting change:

Raise your standards. Vowing to quit sugar, red meat, or diet soda fails most of the time because they are not compelling enough goals. No matter how much you think you want to stop doing these things, your subconscious is going to perceive these ambitions as arbitrary and not quite as important as the need to satisfy the reward centers in your brain that these substances impact.

You need to set an intention to make a wholesale change in what you will accept from yourself. Go from the decision to lose 25 pounds, to the objective of becoming a version of yourself you’ve always dreamed of. Your chances of success will be exponentially better.

Change your rituals. The consistency of following the same patterns day after day will set you up for results you’ve only dreamed of in the past. Greatness has never been realized by chaotic fits and starts but by deliberate plans and vision. Whether it’s waking up at 5 a.m. every single day, getting a life coach, a personal trainer, or reading one book every week, doesn’t matter—what does matter is that you get some positive rituals that reflect what you’re trying to accomplish and you do not deviate from them.

Be conscious of people, places, and things. Get really mindful about who you’re spending time with, where you are spending that time, and the things you surround yourself with. If you’ve vowed to stop drinking don’t fool yourself into thinking you’ll go to the bar with your friends and just drink club soda. If you’re trying to lose weight, don’t go to McDonald’s for a salad, and if you’re trying to stop wasting valuable time, don’t log on to Facebook every time you’re at a red light. These all sound like no-brainers but just consider this a friendly reminder!

If you are true to yourself and employ these three methods, you shouldn’t have any trouble joining the ranks of the small minority that realize their greatest aspirations. Not only that, but it is proven that once you have set a precedent of accomplishing one major goal, you will most likely set your sites on another one and another one still.

Before you realize what’s happening, you will be waking up every morning, smiling about how you have transformed into the highest version of yourself possible.