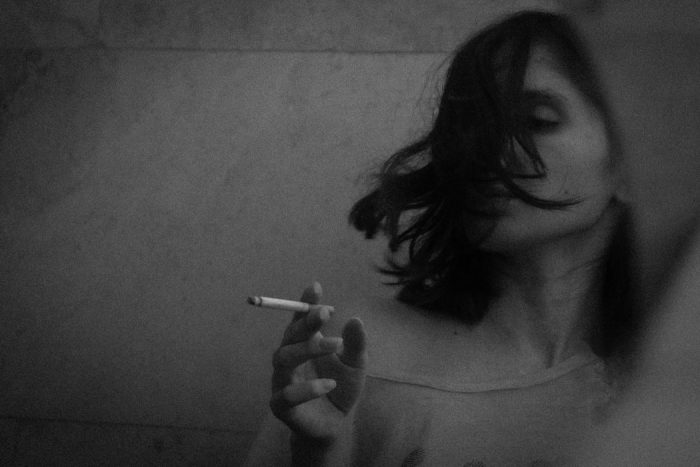 Read this, have your last cigarette, and be a quitter forever.

Both terms make the task seem like something simple. Like you can just wind up and kick the habit like you’d kick a ball and it’s gone. Laughable! Anyone who’s been successful knows that this is probably one of the most difficult tasks they’ll go through.

Smoking will pretty much guarantee death from a disease related to having smoked cigarettes. Sure, there are people who “smoked every day and never got sick” or those who never smoked and had cancer anyway. That’s just the law of averages having a go at common sense. There will be exceptions to every rule, but they are still just exceptions and the odds will not be in your favor.

Do you want a list of major reasons to quit right now? There is a long list of cancers (kidney, lung, stomach and mouth just to name four of them), there’s heart disease, emphysema, chronic obstructive pulmonary disease (COPD) and there are strokes.

Sound familiar? How about:

“I’m only a light or social smoker.”

Light or social smoker? What a load of bull! Being a part time smoker still makes you a smoker. You’re still poisoning yourself. Nicotine is an addictive substance. If you smoke, you are addicted. Why, with all of the information readily available, would you otherwise continue to smoke?

You may think you have time, but you don’t. You have to try right now. Try over and over again. And here’s why: you can still escape mostly unscathed, maybe. The effects of smoking can be reduced in leaps and bounds the longer you remain a quitter.

Here’s a list of reasons to stop smoking now.

Money: It is possible to pay for a family vacation with the money saved. This is not an exaggeration—I’ve done it! It was 10 days of fun that I would have smoked away if I hadn’t quit. Think about any life experience you financially can’t afford to have. Quit smoking, and you’re more than halfway there.

Family: Someone in your family, be it your child, sibling or parent will watch you die from a painful and horrible disease. Do you want that for them? And don’t forget the influence you have—you’re telling your children it’s alright to smoke.

Smell: I didn’t realize how much I smelled after a cigarette until I quit. It’s repulsive, guys. I don’t mean to hurt feelings here, but gum just doesn’t cut it. The smell of someone after they’ve smoked wafts through the room like the stink lines from a cartoon skunk.

Breath: How can you breathe when your lungs are struggling so hard to evacuate the poisons? How does smoking work with the breath of yoga? I didn’t think I had a “smoker’s cough.” I was wrong. When I hear smokers coughing and clearing their throats, it always occurs to me—I don’t do that anymore! I take a deep breath and I feel clean and healthy.

Energy: Moving was a chore. I had absolutely no energy. The thought of having to clean, cook or run to the store absolutely exhausted me. I had no motivation. I was ridiculously tired. And no wonder! My body was wrecked and I couldn’t breathe. Cigarettes slowly and surely kill your quality of life while you wait for one of the more fatal effects, but it’s so subtle and gradual, that you don’t really notice.

Appearance: Smoking makes you look ill. You are grey and yellow tinged, wrinkly and tired looking. Your skin looks terrible. Aside from the vanity aspect, this surely affects self esteem. Since I’ve quit, the skin on my face has never looked or felt healthier. I don’t have acne anymore either!

If this isn’t enough for you to consider quitting, here are some reputable sources for hard and fast statistics:

Centers for Disease Control and Prevention

Quit when you’re ready but please get yourself ready. No one really wants to smoke. They just don’t want to go through the pain and aggravation of withdrawal. Think about it. It’s true, and you know it.

If you want to quit, you just have to do it. It’s as simple as that.

It’s like anything painful—you get through it. Would you re-scrape your knee to stave off the itch of healing skin? No! Cravings are awful. Habits are difficult to break.

You’re going to want to yell, cry, and throw things. Do it. Find a support system or a quitting partner. Avoid alcohol, because you will lose your inhibitions and might make a mistake you regret. Be a hermit for a while. Whatever it takes, do it.

Eventually, like a healing wound, the pain of it goes away. Don’t fool yourself. This isn’t like ripping off a bandage. Quitting can be a slow torture, but it will end. I still have dreams that I smoked and I wake up terrified that I ruined everything. It’s easy to quit, but you have to work hard at it.

Three things I will recommend to anyone who has had enough of being a smoker:

1. Cold turkey. Nothing works better than just quitting. Don’t screw around with anything else.

2. Read this book. Order it now and read it. Smoke while reading it if you have to, but read it—right to the very end. After numerous attempts to quit over many years, this made me quit. This book is magic.

3. Here is a timeline of what happens to your body after you’ve quit. Bookmark it. Read it each time you have a craving and read it now so you can understand why it’s so imperative you quit immediately.

Wouldn’t it be nice if ex-smokers got rewards like other addicts do when they’ve reached a milestone? It’s worth acknowledgement. In four months, I’ll be celebrating two years of being cigarette free after smoking for 18 years.

Don’t you wish you were saying the same?