Does your Wife know you Message me Every Day? 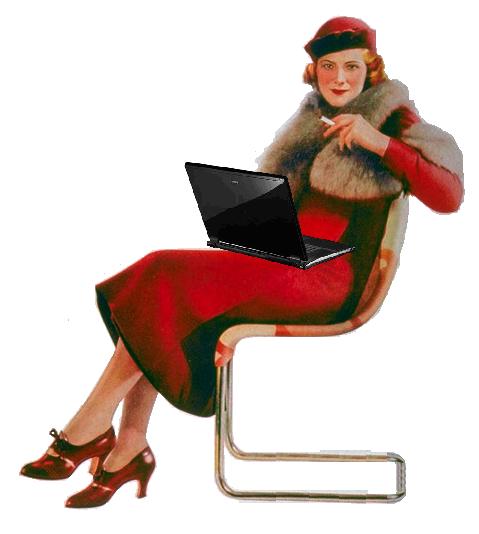 I will never, for as long as I live, understand why people in exclusive relationships message me.

And it’s not just me. Most of my female friends have been recipients of messages from married men and men in relationships. I don’t really get it. When I’m in a relationship, I’m actually in the relationship. I don’t crush on other people. Sure, I can observe that someone is attractive, but I don’t follow that attraction up with messages.

When I get a message from a person in a committed relationship, my first thought is this: does your wife/girlfriend/fiancé know that you’re messaging me? It makes all the difference in the world if the other person is aware of the communication. Is it all above-board, or is this a communication they wouldn’t want the person they’re with to see?

I find it challenging because I don’t want to be presumptuous about someone’s intentions, and I also have been raised with Southern courtesy, which makes it hard to say, “What the actual f*ck!” when that’s what I’m thinking. Instead, I’m capable of having polite conversation, all the while thinking WTAF?

With spectacularly high divorce rates out there, it’s easy to see that this sort of behavior has to contribute to many failed relationships. If this seems like it’s on the edge of an angry rant, it’s because I don’t want to be complicit in someone’s infidelity, even if it’s only in their heads.

I don’t want to be receiving messages from a married man without his wife’s knowledge. I was a wife once upon a time, and I would have been pissed as hell if my then-husband had been putting out feelers to other people, rather than focusing on me. Not only is it deeply disrespectful, but it’s also damaging to a relationship.

Infidelity is about choice. It may start with attraction, but there are so many steps from that point forward. To send the message or not to. Or the friend request. Or the text. To be flirtatious. To set up a time to meet. Even if it’s only contained within online messages, it’s no less damaging to a relationship. It also takes that same romantic energy away from the current relationship and spends it elsewhere.

I get that marriages and long-term relationships go through difficult patches. But, here’s my advice for what to do when we’re in a relationship and think about reaching out to other people we’re attracted to for solace:

>> When we want to message someone we’re attracted to in order to vent about our relationship, we need to go and have a conversation with our significant other about what’s going on that’s bothering us.

>> When we begin to form a crush on someone else, we need to remember what it was about the person we’re with that we used to adore. What are those things? What’s changed? How can we bring that spark back?

>> When we think about talking to someone we’re attracted to, we should think about having conversations with our significant other. What is it that we need we’re not getting that we think we need to get from someone else? We need to figure out how to ask for what we need and be clear about what we want.

>> When we think about flirting with someone we’re not in a relationship with, we need to, firstly, stop right there, and secondly, try to reignite that flirtation with the person with whom we share a committed relationship.

>> When we want to message someone to say their profile picture is attractive, we need to pay our significant other a compliment instead.

I do believe in the concept of friendship where there is no sexual attraction, whether that’s same sex or opposite sex friends. But, there’s something about this trend of people looking outside of their relationship for what we’re supposed to be getting in our relationships that I find disturbing. I think the general rule of thumb is just this: don’t. Don’t message that other person. Don’t crush on someone else.

Or, if we are interested in someone other than who we’re with, we need to find the courage to get out of our relationship even if the person we’re interested in doesn’t like us back. We need to be brave enough to go it alone until we’re with someone who we want to give our time and energy to exclusively.

We also need to be real about what we want and need out of life. If we’re not able to maintain an exclusive relationship, we may need to look into polyamory or open relationship options and find other people who are on board with that. When we’re honest with ourselves and who we’re with, we’re going to have healthier relationships.

While it’s not wrong to have friends, it veers into other territory when we begin commenting on the other person’s looks or sending them messages that would be better sent to our significant others. When it crosses over into flirtation, we make the other person complicit, and we also compromise our relationships.

If a relationship is at that point, it’s either time to get serious about fixing the problems (perhaps with couples or marriage counseling), or it’s just time to call it quits and move on.