For the Independent Women who never realized they have Daddy Issues.

I have daddy issues.

They aren’t of the “exploiting my body or sexuality in an attempt to gain immediate attention, physical touch, affirmation, or money from men” variety, though.

Being a woman raised by a single mom is common, so I will risk speaking for others in this all-too-common family dynamic.

Many women like me didn’t feel we were missing out on all that dads should be providing by way of guidance and life lessons because you can’t miss what you never had. I was the oldest—a Type A, rule-following good girl with good grades. I did all the “to do’s” and “supposed to’s” and was always praised for them. I worked hard in school and at my after-school job. I went to college, got a stable and safe job, saved for retirement, and didn’t date around.

Women like me are often deemed as (near) perfect daughters for our model behavior. We may even have a sibling who is a startling contrast to all of our goody-two-shoesness: mature for our age, well-spoken, bringing home award after award, affirming our path. We are seen as the ones to be looked up to.

I was never someone accused of having daddy issues, so color me shocked when it dawned on me at 38 years old that I was harboring a slew of them. Though it had briefly occurred to me at 20, when I moved in with my high school sweetheart of five years and another guy, that I had a lot to learn about this alien species with a Y chromosome.

Prior to this little social experiment, I was used to being in a home where we lit candles often, just because they smelled good, looked pretty, and made us feel nurtured. My youth with my mom and sister was spent painting toenails, watching Lifetime Movie Network, talking about our feelings, and nerd wrestling with my sister.

While I never met my dad, my mom did ultimately meet, marry, and subsequently divorce another man who I always considered my dad. He dutifully and cheerfully did his every-other-weekend duties without gripe. The thing with him was that it often felt more like he was an overly-involved uncle and not a parental figure in our lives.

He never inquired about our grades, hobbies, boys, or plans after high school, nor did he talk to us about life lessons. We never had to ask his permission to go on trips, date someone, or smoke cigarettes. He was always more than willing to listen to us, love on us, fix our cars, and send hand-written birthday cards; he just wasn’t a “Growing Pains” or “The Cosby Show” kind of dad.

As I went through my formative years, feeling spared from most of the stereotypical signs of wear and tear that come with being raised sans dad, I did feel, for as long as I can recall, extreme stress over finances.

From age nine, I spent days and nights trying to fix our money situation, a sign of how my daddy issues were already manifesting. Being so broke was stressful. People (romantic partners and male family members) my mom depended on and had to borrow money from, treated her poorly. I knew I would not allow that cycle to continue.

Being raised by a single mom, my sister and I learned how to do minor household repairs, mow the yard, rob Peter to pay Paul, get ourselves from point A to point B, and just generally make do with what was available. I learned to like the opposite sex without feeling the need to flaunt my body or sexuality. I even prided myself on being able to spot the men who would take advantage of girls who did that. My mission every day was just to reach adulthood, go to college, and make money to escape the suffocating and demeaning poverty.

But part of achieving that mission was recognizing that I grew up in a family of women who were often mistreated and disrespected by men, and realizing that my daddy issues—the ones I thought I had escaped—presented like this:

1. I see the good in everyone.

When someone doesn’t live up to my standards, mistreats me, or doesn’t honor me, I focus on the fact that they are human. I focus on their good characteristics. I don’t cut ties with people who have proven to be toxic until they have tested the boundaries of disrespecting me to the nth degree.

I never saw a man treat his partner with honor, dignity, respect, or sacrificial love. I believe if I’d had a consistent male role model when I was growing up, I wouldn’t have tolerated this sh*t for so long. I’m learning to remove the emotion from these situations sooner and look at the objective facts as they’re presented.

2. I am overly independent.

While being independent beats being codependent, interdependence between mates is even better. I have struggled with allowing interdependence in my life and struggled with submitting as well. I don’t mean the meek, weak, skittish kind of submission, I mean finding a healthy kind of give and take with my partner—operating like teammates.

I have spent years studying men and making best friends out of them. I have put them on a pedestal. Turns out they are vulnerable and have insecurities and weaknesses just like women do—their insecurities just present differently. I know that now and I knew that then, which is why I gave the men in my life too much rope, too much empathy, and too much sympathy. Whenever I saw their insecurities or weaknesses, I felt privileged to be let in so I allowed their negative behavior to slide—to my own detriment.

My hope for myself, and other women with daddy issues, is that we learn to identify the behaviors that we thought were helpful but that keep us from following our intuition and investigating red flags sooner. 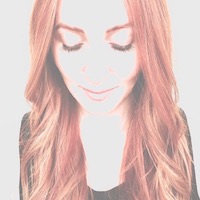