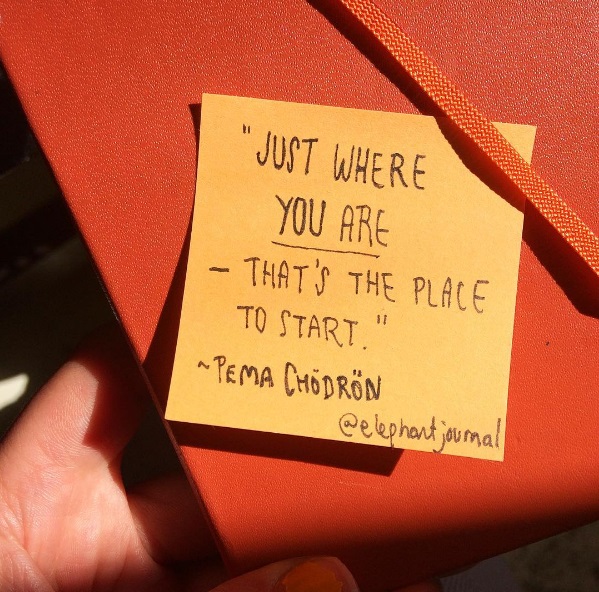 After I quit my corporate lawyer career and embarked on a journey of extensive international meandering in search of a purpose for my aching soul, an epiphany struck.

In a mental and physical place of spiritual exploration, I shed my limiting beliefs and saw opportunity where I had only seen barriers.

I wanted to write.

As an attorney, I had written and edited extensively, sacrificing wellbeing for compensation in a system where clients, bosses, and judges demanded perfection. But compensation and health insurance be damned; I wanted to write for me, about things I believe in.

I started to have faith in myself, that my experience would let me build a freelance writing and editing career, so I could  share the magic of transformative travel and personal development.

For the next six months, I dedicated myself to the transition. I read fervently. I got organized. I enrolled in the Elephant Journal Academy to attain education and experience in all things writing. I traveled to India for spiritual exploration, mental clarity, and inspirational conversation with enlightened people.

And all along, I kept a notebook of my ideas—articles to write, contacts for writing and editing opportunities, inspirational quotes, moments of personal insight, and countless notes for a book idea that had initiated the entire process.

My notebook had everything, it was my vault of ideas and a lifeline to my budding career.

It may be apparent where this story is going.

I returned to San Francisco to reconnect with my people and organize myself. What I received (in addition to those things) was the feeling of violation and loss.

I left a dinner to find my friend’s car window smashed in. My notebook, laptop, and a handful of other resources and notes—gone.

The valuable tools of my budding trade—adios.

The treasure box of insights and juiciest fruits of my labor—never to be seen again.

I sat on the curb, noticing the shattered glass glistening from the glow of the neon Mission Tattoo window sign. Shouldn’t the streetlamp have deterred the culprit from committing this act on this busy street at this busy time of day? Perhaps I underestimated the level of desperation in my beloved city.

I initially felt anger over the loss of my costly device: the thing that allows me to type and write and save and create. Then came the gut-wrenching realization that the ideas, the irreplaceable contents of the notebook, weren’t coming back either.

“You don’t have the talent or experience or dedication to be a writer,” a voice said. Or worse yet, “Now you have the excuse to play the victim and avoid putting in the work. People will commiserate with you, unwittingly conspiring in the assumption that the writing you were going to would have been great, but for this loss.”

This isn’t the universe, or the source-connected true-self expressing itself. It’s my old, conditioned self-doubt. It’s the ego’s use of the victim complex to shield me from potential failure.

The next day, Elephant Journal’s founder said to me with wisdom and love, “Your ideas and inspiration found you once. They can and will find you again. If you want to write, just persist.”

Hours later, a friend texted me to meet him at his neighborhood bookstore. Perusing the aisles, I impulsively (or intuitively?) snagged Big Magic by Elizabeth Gilbert and a pocket collection of Pema Chödrön insights.

Pema spoke to me first:

Okay, she’s talking about meditation, not writing. But tell me a situation where meditation is not appropriately applicable. None? Good. I’ll proceed.

Gilbert spoke next, counseling me on my despair over losing the ideas I had so diligently collected:

“Such is the bizarre, unearthly contract of creative living. There is no theft; there is no ownership; there is no tragedy; there is no problem. There is no time or space where inspiration comes from—and also no competition, no ego, no limitations. There is only the stubbornness of the idea itself…. Work with it as openly and trustingly and diligently as you can. Work with all your heart, because—I promise—if you show up for your work day after day after day, you just might get lucky enough some random morning to burst right into bloom.”

Right here is a good place to start. Then, just keep going.

The potency of these messages is simple, unclouded by the unconscious, self-defeating, destructive, conditioned responses we regurgitate when prodded by the tasers of discomfort, fear, failure, and loss.

And how simple is the message to do otherwise?

Instead of wallowing in self-pity, I used the loss as a catalyst. I accessed the online daily writing platform 750Words.com, a site meant to hold one accountable to putting one’s ass in a chair and writing every day. The first entry extracted from my subconscious suggested I had to forge a habit of writing with tenacity and guile.

I also instinctively wrote in that first entry that losing my notebook was “devastating,” but then recognized that feeling devastated was the response I was conditioned to feel.

I felt disappointed, a little violated, and sorry for the thief. But devastated? That’s what I was “supposed” to feel.

It was a setback. But what choice was there but to start again from exactly where I was?

My desire remained strong. My confidence unshaken. And my circumstance? It sure as hell wasn’t going to change because of my disappointment, worry, or anger. The best I could do was start from where I was, and do the work. It’s only been a few weeks, but the habit has stuck, and the stepping stones have been trod upon.

Want to learn to play the piano but convinced one can’t do such things at this age? Right here is a good place to start.

Want to change careers but feel paralyzed by perceived inadequate credentials? Right here is a good place to start.

Battling depression that shackles you with a belief that it can’t be overcome? Right here is a good place to start.

Want to exercise that right brain but convinced by the left brain’s rational arguments of the frivolity of such action? Right here is a good place to start.

Literally whatever you want to do, but have held back out of fear, doubt, loss, or difficulty. Right here is a good place to start.

I’m not a success story yet; I’m just getting started on this hypothetical career.

Or maybe I am a success story. I transmuted the actions of a thief into an invaluable lesson. As a result, I have more motivation, and have taken concrete steps in a direction I have meandered along for some time. Perhaps just picking up the pieces—not of the smashed window (that’s dangerous)—and heading straight back into the maelstrom of unavoidable uncertainty and endless possibility is the success.

Right here is a good place to start.

It’s the only place to start. 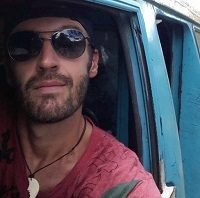 Matthew Mason, J.D., is a restless seeker and curious vagabond. He renounced his career as a lawyer and embarked on an open-ended solo travel mission, seeking perspective and … Read full bio