The Real Deal with “Golden Milk.” 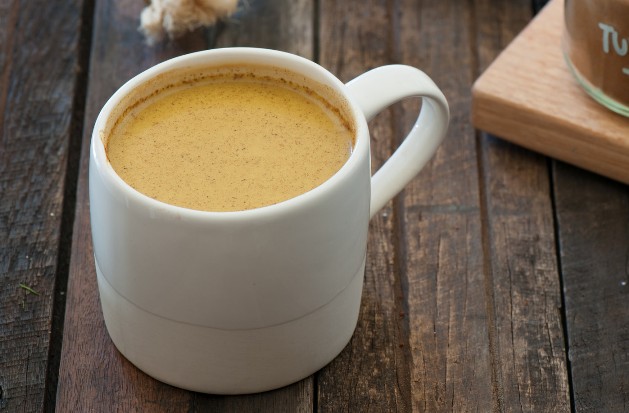 As a sitting-in-the-front-row-with-my-pencil-sharpened student of the traditional Indian medical science of Ayurveda, I became both enthusiastic and wary when a traditional Ayurvedic recipe was added to my local café’s sandwich board.

That same obnoxious urge that compels me to correct spelling errors on public signs emerged to fact-check the source.

I earned my Masters in Holistic Health Education, which basically means a survey course in all philosophies and modalities of healing. In true American style, we were encouraged to pull what we liked from various traditions to create our own personal mash-up and hopefully even throw a patent on it.

However, in the shaping of this holistic smorgasbord, it can be too easily forgotten that the original source—in this case, the 5,000-year-old mind-body science from India called Ayurveda—was very specific about why each ingredient or practice was recommended. The original proponents of this science were deeply involved in observing and investigating the root causes of disease and suffering; basically, nothing in this ancient medicine was thrown together in a personal mashup.

In my self-appointed role of Ayurveda enforcement officer, I offer you the real deal behind Golden Milk. It may cause a moment of hesitation in front of the barista, but it’s worth a moment to get the prescription right.

What’s so great about it?

Milk (specifically whole, raw milk) is considered a rasayana in Ayurveda, meaning that it renews the strength of all seven tissues of the body. It also has a unique property whereby it is able to reach those tissues in a fraction of the time for normal digestive processes.

When turmeric is added, it can clear the channels of the body while providing nourishment to the blood. And, in this recipe, sugar is not merely added for taste, but as nourishment for the subtle reproductive tissue.

What can I put in my Golden Milk?

Definitely add turmeric, sugar, and cardamon. You can add peppercorn to reduce the possibility of phlegm and increase digestive strength, nutmeg to assist in a sound sleep, and saffron to purify the blood and improve the skin. Adding additional spices—such as cinnamon, clove, ground ginger, or herbs such as ashwagandha or shatavari—is fine.

What shouldn’t I put in my Golden Milk?

Salt or honey. According to Ayurveda, milk and salt should never be eaten together; that combination creates a toxicity in the body that can manifest as skin issues. It’s the reason Ayurveda cannot recommend cheese, why paneer is made without salt, and why creamy kormas are traditionally made with coconut milk, not dairy. As for honey, per Ayurveda, it is never heated, not even a little bit. Raw honey is a great medicine to spoon up on its own, just don’t add it to hot beverages.

When should I drink it?

Always drink it separately from food. Because it is absorbed quickly, it can be enjoyed up to 30 minutes before bed. Golden Milk is especially useful to someone who has experienced trauma or anxiety. It is also especially beneficial after sex or heavy exercise—or, if you’re lucky, a combination of both—to restore strength to the body.

Can I use almond milk?

As my teacher Shunyaji would say: “Last time I looked, almonds didn’t have nipples.” When the science of Ayurveda refers to milk, they are talking about the white (sometimes yellowish, sometimes bluish) food that comes from the nipples of mammals. Each animal’s milk is going to have different properties depending on the inherent qualities of the animals. For example, buffalo milk will be very heavy and harder to digest, whereas goat milk will be lighter.

What if I can’t drink milk?

You can make this recipe with almond milk, realizing that the health benefits will not be the same. It is still a healthy choice and would be fine to drink with a meal and yes, you can add salt. If you make this with coconut milk, it will be cooling and heavy. If you have a lot of heat and a strong digestion, go for it. But I wouldn’t advise it as a daily health drink in this way.

Do I have to heat it?

Absolutely. In fact, it’s best to let it boil for a second before turning off the heat. When milk is boiled, the qualities of heat and lightness are added, making it easier to digest. If you’re someone with a lot of internal heat and you’re having a hot flash right now, just let it cool to room temperature before drinking.

I love it, but I feel really heavy afterward.

If your digestive fire is not strong enough, this can happen. One option is to add water to the milk (1:2 or 1:4 ratio), then let it simmer with the spices, letting the water evaporate until it reduces to only milk. This will dramatically lighten the load on your digestion. If you have a combination of a coated tongue, consistent digestive issues, inflammation, and lethargy then you may need to do some digestive cleansing before drinking Golden Milk.

(Note: the amount of spices can be changed per individual taste.)

Bring milk and spices to a boil, remove from heat, add sugar to taste, and enjoy! 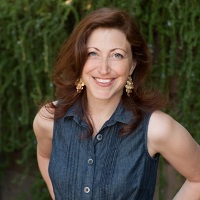