We owe it to the Victims of Mass Shootings to Face these Facts.

As we all know, guns have become a hugely polarizing issue in the United States.

Everyone has a different opinion. And while I recognize and support everyone’s right to take a stance and have an opinion, I believe this is an issue that requires us to look at the facts.

Because my heart breaks when I hear about another innocent person being killed for just going to school or a movie or church. Because a close friend of mine almost went to the movies in Aurora on July 20th, 2012, but decided not to.

Because I could have just as easily been in Las Vegas for a concert on October 1st, 2017. I’m writing this because we owe it to the victims of mass shootings and their families and friends to take a closer look at what really causes mass shootings—and implement policies to prevent them.

The most recent mass shooting in the United States occurred in Texas. Our president’s response was to send thoughts and prayers and blame the incident on our mental health problem.

However, our president’s statement has no basis in fact. According to the U.S. Department of Health and Human Services, only between three and five percent of violent acts are associated with individuals with mental illness.

Bethany Lilly of the Bazelon Center for Mental Health Law asserts that “there is no real connection between an individual with a mental health diagnosis and mass shootings. That connection according to all experts doesn’t exist.”

Video games and racial diversity also appear to have no impact on mass shootings, despite popular belief.

So, what connections do exist? In their New York Times article, “What Explains U.S. Mass Shootings? International Comparisons Suggest an Answer,” Max Fisher and Josh Keller look at what the research shows:

“Americans make up about 4.4 percent of the global population but own 42 percent of the world’s guns. From 1966 to 2012, 31 percent of the gunmen in mass shootings worldwide were American, according to a 2015 study by Adam Lankford, a professor at the University of Alabama. Adjusted for population, only Yemen has a higher rate of mass shootings among countries with more than 10 million people—a distinction Mr. Lankford urged to avoid outliers. Yemen has the world’s second-highest rate of gun ownership after the United States.”

According to this study, among others, there is a correlation between the amount of guns and the amount of mass shootings we have in the United States, while no connection exists between other factors such as mental health problems or popularity of violent video games and mass shootings.

“Worldwide, Mr. Lankford found, a country’s rate of gun ownership correlated with the odds it would experience a mass shooting. This relationship held even when he excluded the United States, indicating that it could not be explained by some other factor particular to his home country. And it held when he controlled for homicide rates, suggesting that mass shootings were better explained by a society’s access to guns than by its baseline level of violence.”

While correlation does not necessarily equal causation, we cannot ignore the strong correlation between the amount of guns and amount of mass shootings in the United States and worldwide.

I’m not saying that this means no one should be allowed to own a gun. My dad bought a gun for self-defense after feeling threatened by one of his clients, and I’m grateful he was able to. He’s also taken me target shooting a few times, and I’ll admit it’s pretty fun.

However, we can’t ignore the fact that more guns equals more mass shootings. Therefore, more gun regulations could be a solution. I think Nicholas Kristof is onto something with his “public health approach” to gun regulation. He compares guns to cars. Automobiles kill thousands of people a year but we don’t ban them. However, we do try to regulate them and are constantly making improvements so they are safer. We have seat belts, drivers tests, and are even working on self-driving cars.

Kristof’s public health approach to guns would include regulations such as background checks, banning people under the age of 21 from purchasing guns, and banning “bump stocks” like the kind used in the Las Vegas shooting to replicate automatic weapon fire. Another idea he proposed is researching “smart guns” that would only fire after a pin or fingerprint was entered.

Many will argue that more gun regulation will actually lead to more gun deaths. Potential evidence for this argument might be that there would have been even more deaths at the Texas shooting, had gun regulation prevented the neighbor from being able to own a gun and chase down the gunman. However, tighter gun regulations could have prevented the gunman from acquiring a gun in the first place, which would have made the death toll zero instead of 26. Which would you prefer? Which do you think those 26 victims and their families and friends would have preferred?

This issue is more complex than simply regulating guns. I think the media’s response to mass shootings and how society raises children, boys in particular, could also be contributing to the problem. These areas deserve research as well. However, for now, we need to take action on this problem and base our response on the facts and the research that has been completed. Thoughts and prayers aren’t enough. We owe it to the countless people who have suffered or lost their lives as a result of our nation’s inability to confront this issue. 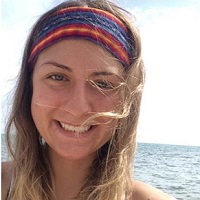