What this 102-year-old Woman wants you to Know about her Legacy of Consciousness. 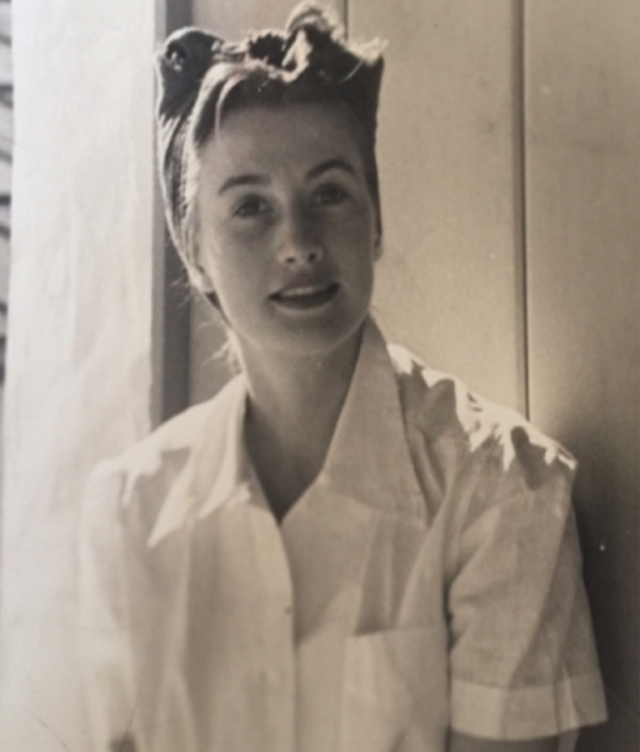 Tread lightly on the days stretched out ahead of you.
Leave as little mark as possible on your own ego self.
Let the light from within enclose each day.
And when it is finished,
Blow it away as you would a soap bubble
And move forward unencumbered
By old memories, mistakes, and successes.
This is the way to peace.

Over the last 70 years of her life she devoted nearly every moment to evolving higher consciousness. She achieved this aim by writing, teaching, and training hundreds of people over the course of seven decades.

I write one year following her death to honor her writings and to share her teachings, which are relevant to everyone in these historically challenging times. My goal is to share her words to provide you with a bit of perspective on all that we face as a species, and as spirits having a temporal human experience on Earth.

I came to know Phyllis and her works at the very end of her life. She and her most trusted confidant, Anna-Michelle Smith, or “Booney,” reached out to me through a mutual connection; they had an urgent goal. Phyllis sought to have me set up the Sidney and Phyllis Krystal Foundation and to finish the production of the last two books that she would write and publish in her lifetime: The Flight of the Phoenix to Liberation and Little Gems from Baba.

It was August 2016 when I received the call. At the time, no one knew if Phyllis had another 20 years on Earth, or a few days. Yet I agreed to take on this endeavor because I like time-constrained challenges, and I love work that allows me to participate in the evolution of the human spirit.

The stakes were high.

As I began working to set up the Krystal Foundation, and read the drafts of Flight of the Phoenix to Liberation and Little Gems from Baba, I couldn’t help but think of how simple life’s lessons ultimately end up being.

Phyllis was born in Highgate, London, England at the start of World War I in 1914. She lived through the Easter Rebellion, Irish War of Independence, and World War II. She bore witness to the creation of the United Nations and the fall of powerful nations.

She witnessed the signing of the Treaty of Rome, experienced the entirety of the Cold War, the Korean War, Suez Crisis, Vietnam War, Falklands War, and the fall of the Iron Curtain.

Phyllis, while residing in the United States, also bore witness to the signing of the Maastricht Treaty, which created the pillars of the European Union, and she saw the horrors of the Gulf War, 9/11, and the subsequent invasion of Iraq and Afghanistan.

And, soon thereafter, she witnessed the election of America’s first African American President, one of the most honorable of United States Presidents, Barack Hussein Obama II.

At the end of her life, she watched as the United Kingdom voted for Brexit to exit the European Union, one of humanity’s most ambitious endeavors begun with the Treaty of Rome 60 years prior to her passing.

One month before her death, she witnessed the United States abandon the world—and the cause of liberal democracy—as Americans elected an authoritarian populist plutocrat, Donald J. Trump, who mirrored the speech and tactics of Adolf Hitler, Benito Mussolini, Francisco Franco, Joseph Stalin, and Mao Zedong, all for the sake of winning at the expense of the nation, honesty, and integrity.

In short, Phyllis Krystal had perspective; she had seen it all. She saw the worst of humanity and the best of humanity. After 102 years on Earth, what could she possibly consider to be the most important thing to leave the world upon her death? She chose to honor and to leave the legacy of higher consciousness. In some of her last words she said:

There is a desperate need for major world wide change in order for humanity to evolve to a higher state of consciousness, where we are guided from within and free from any control whatsoever so that we can make contact with our Real Self, the only guide we can trust.

Although I worked very closely with Booney, her confidant and caretaker, I only spoke with Phyllis once prior to her passing. She called me on my 42nd birthday to wish me the best and to offer gratitude for my efforts to produce her final two books as she unknowingly neared the end of her life. She was alert and extremely gracious with her words.

I asked Phyllis what advice she had for me, a 42-year-old man at mid-life. To paraphrase, she said; let go, love, get to know your true self, and love in higher consciousness. That was it, and it was perfect, echoing the opening of Flight of the Phoenix to Liberation where she wrote;

Connect to your Higher Consciousness, Inner Guide, Real Self (or whatever name you would use to refer to It) and when practicing it in your daily life, you will find it to be of great benefit.

Having read her words repeatedly in order to finalize and produce the books, I began to understand her words more clearly. She was saying what so many had said before, from Buddha to Socrates and Jesus to Gandhi, she was saying what was also captured in an Ancient Greek aphorism, “know thyself,” which is inscribed at the Temple of Apollo at Delphi.

Socrates said the same; “the unexamined life is not worth living.” Jesus reiterated Socrates’ words when he said; “the kingdom of God is within you.” The Buddha, which means consciousness, or the Awakened One, taught that all beings possess Buddha nature; or that wisdom-potential lies within us. And Gandhi said it beautifully, “where there is love there is life.” “In a gentle way, you can shake the world.”

In some of her last words, Phyllis made clear that “others should not mourn my physical passing, as I am free of that particular burden of karma and my consciousness is free to fly like a butterfly, re-united with the consciousness of all that Is.”

And each of us should “follow the demands of our Higher Selves.” One year ago today, Phyllis left her physical form behind and in a gentle way, she shook the world.

And, that is the legacy of Higher Consciousness.

Krystal, Phyllis. The Flight of the Phoenix to Liberation, Second Edition (2017), Sidney and Phyllis Krystal Foundation.