Let go of our Security Blankets, we Must: A Teaching from “The Last Jedi.” {Spoiler Alert} 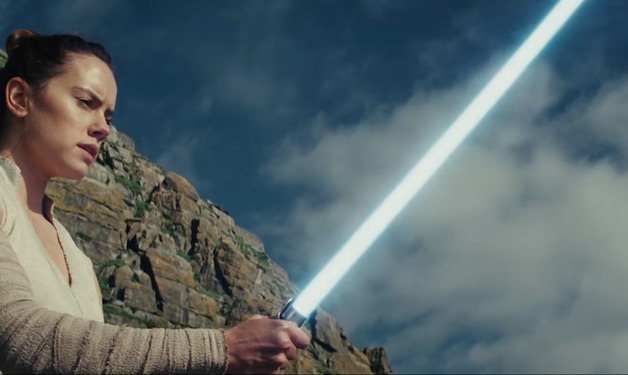 When I was three years old, my mother staged a ceremony to commence my graduation to “big girl” by commanding me to toss my security blanket over our second story balcony.

I was devastated. That blanket, lovingly called “Baba,” was the only secure thing in my world.

In the year prior, my parents had divorced and I had moved across the country…twice. Being forced to give up that blanket was excruciating. I was not ready to let go of that relic of the past that had gotten me through tough times.

Loyal Star Wars fans seem to have had a similar experience with the latest Lucasfilm installment “The Last Jedi.”

For an action-packed blockbuster, “The Last Jedi” is an anomaly: critics love it and moviegoers hate it. Fans of the franchise seem to be capital “P” pissed. There are tons of articles trying to make sense of why.

The consensus seems to be that this film, the eighth sequel in a franchise built on nostalgia, has a heavy-handed message about letting go of the past. At one point Adam Driver’s character Kylo Ren says, “Let the past die. Kill it if you have to. That’s the only way to become what you were meant to be.” The filmmakers seem to have taken his advice.

“The Last Jedi” is a meditation on progress. The true heroes of the film are mostly women. There are nods to vegetarianism and to the evils of capitalism and warmongering. The classic Star Wars hero, Luke Skywalker, is revealed to be weak and angry…and just when he opens his heart again to “the force,” he dies.

The film’s villain, Kylo Ren, is dripping with pathos. The story is more an exploration of his inner conflicts than a quest to destroy him and the “evil” he represents. It is definitely different from the Star Wars films that have come before.

There is something about the trope of good guys fighting bad guys that has been soothing for the Western psyche, particularly for white men, who are the vast majority of Star Wars fans. I’m a psychologist and we call this black and white thinking “splitting.” If all goes well in the process of psychological maturation, children are able to grow out of this primitive style of making sense of the world. I spend a lot of time rehabilitating adults to understand the mix of good and bad inside themselves and everyone else. I had to be rehabilitated myself.

Of all the characters in the film, I identify most with Kylo Ren. I have had a fraught relationship with my father my entire life, and had not spoken to him for the past seven years. I perceived my father the same way Kylo saw his paternal figure Luke—as someone who wanted to kill me because he was afraid of my power. And my father seemed to see me the way Luke saw Kylo—as a monster, strong with the dark side of the force, with the power to hurt and destroy.

Serendipitously, two weeks before this film came out, I found the courage to call my dad. We went to dinner and it was actually quite nice. I’ve done a lot of work on myself in the last seven years, and I was able to see him as the mix of good and bad that he is. I saw so much of myself in him, the beauty and the flaws. I was able to enjoy him in all his disappointing magnificence. I didn’t have to split him or myself into villain or hero.

In my life, I have run from healer to therapist to energy worker to life coach trying to find the parents I never had—just like the character Rey. In the film, Kylo says to her, “Your parents threw you away like garbage yet you can’t stop needing them. It’s your greatest weakness.”

In recent times, I’ve realized I need to accept that I didn’t get the childhood I wanted, so I can grieve and move on. I’m not a child anymore, but I will always have that child part inside. I’ve decided to adopt her.

When Rey is sucked into a mystical hall of mirrors, she begs to see her parents in the reflective surface. She glimpses two shadow-y figures that merge into one as they walk toward her. When the frost thaws, the mirror reveals her own reflection once again. As we mature, we no longer need to look outside for the adult who can take care of us. The adult is inside.

I loved this film. Especially the message about integrating the past. I wept during the scene where Yoda burns down the tree that houses the ancient Jedi texts, saying, “Time it is, for you to look past a pile of old books. Wisdom they have, but that library has nothing that the girl Rey does not already possess.”

To me, this is a film about growing up.

If we want to find balance in our proverbial galaxy, it’s time to give up our security blankets and stop imagining that our parents or teachers or childhood heroes are either all good or all bad, or that they know or have something we don’t. They are a mix of good and bad, and we have inherited it all from them.

As Princess Leia says at the end of the film, “We have everything we need.” 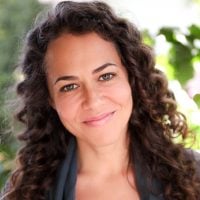 Dr. Sam Rader is a psychologist who, after 15 years of seeing clients, has developed her own therapeutic approach she calls Source Code Psychology. Sam believes that our early… Read full bio