Fat Shaming: Does every Body truly have the right to Exist as it Is? 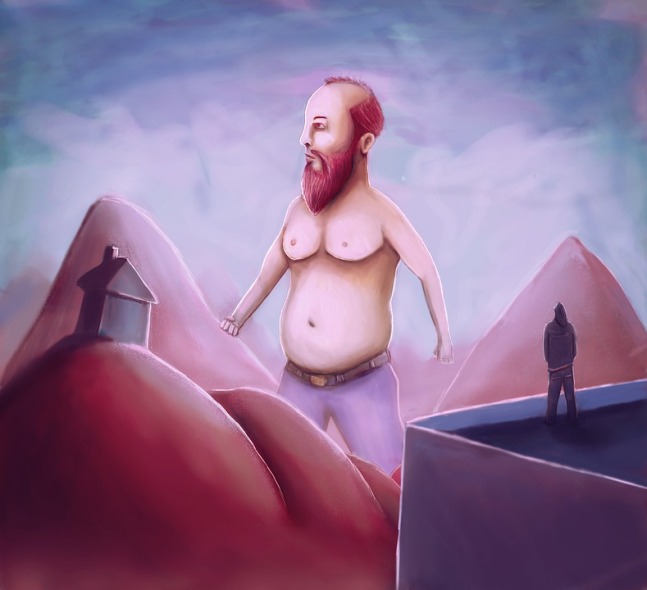 Body positivity and fat shaming are two related issues that has become a hot topic in recent years.

For the most part, there seems to be two sides to this debate:

The first is in support of body positivity and suggests that nobody should feel shamed for being fat. This side of the argument points out that in our media, we primarily see thin women represented as “beautiful” or “worthwhile” despite the fact that this body type doesn’t really represent every or even most women. In fact, some studies have shown that the average American woman is a size 16-18, while the average female mannequin body size is “similar to a severely underweight woman.”

Essentially, what this side of the debate rests on is the idea that all women, regardless of body size, should be allowed to feel beautiful. Nobody should be beaten down or made fun of by society because of the way that they look. And, more than that, everyone should be able to see themselves represented in their media, and everybody should feel as though they have a right to exist as they are.

And this side of the argument has had their successes. Some photographers have gone out of their way to capture the “real woman” to show just how beautiful women with curves actually are (since we don’t see it in our media often enough). Meanwhile, the popular children’s doll Barbie, which has been criticized for upholding unrealistic body standards, has since released the Fashionista line of dolls, which include dolls that are, as they call it, “curvy.”

And yet, despite these successes, there remains another side to this argument.

While some claim that larger women should be allowed to feel beautiful, there are those who say otherwise. This side of the argument believes that people who are overweight should feel ashamed, and that being overweight is inexcusable. And often times, when I see this opinion given, it is used to justify looking down on and mocking someone for their appearance.

Now, this is the perspective that I want to speak to.

I’ve heard this perspective voiced a few times on the internet and in the media. Having attended three different gyms over the past few years, and through knowing people in the fitness industry, I’ve found it’s a fairly common perspective in fitness-type communities. And when I hear this perspective voiced, it is often from people who claim that they are not trying to cause harm to anyone. Rather, they are trying to help the overweight person in question. They want to make them see that being overweight is wrong, or ugly, or unhealthy, so that they might, in turn, change their behaviour and become thin.

It isn’t the society that needs to change here, this perspective argues; it’s the people.

But let’s talk about that for a little bit—this idea that being overweight is wrong, or ugly, or unhealthy. I can’t talk much about body weight being “wrong” because that’s simply too complex a concept for any of us to grasp, but let’s talk about beauty.

In his article “‘Fat but fit’ is a myth and big is not beautiful—so stop making excuses for obesity,” personal trainer Nick Mitchell wrote,“Subjectively, fat is rarely beautiful because we are hard wired by evolution to want to pass on the best genes from the healthiest bodies.”

Mitchell claims that we can never see people who are overweight as “beautiful” because it is in our genetics to see them as unhealthy and, therefore, undesirable. It isn’t bias; it’s science. However, world history doesn’t really support Mitchell’s claim. In the modern day, the ideal woman’s body is thin, sure, but this ideal has been changing constantly. In Ancient Greece and the Italian Renaissance (two historical periods that produced some of the Western world’s most classic artistic examples of feminine beauty), the ideal woman was plump and well-fed. Even as recently as the Golden Age of Hollywood, the ideal woman’s body would have been considered “curvy.”

Our body standards are constantly changing, and that’s because our ideas of beauty are incredibly fluid. Beauty is not a solid construct; it is something that we, as a society, make up. Something that we can change if we want to. It is not black or white; we are not either beautiful or ugly. It is up to us to decide what beautiful is, and I say that all body types are beautiful.

But let’s talk about a third issue, one that tends to be mentioned even more often than the others: this idea of “overweight” being unhealthy. This is a concept that has been debated, over and over, and by people much more qualified than me. I am not a doctor. I am not a nutritionist. I cannot give my expert opinion on any of this.

But I am someone who was, at one point, overweight, and who then began eating healthy and exercising regularly. And with that experience, I can tell you this: people do not turn their whole lives around merely because they feel bad about themselves. Quite the opposite, in fact.

When I was overweight, there were plenty of times where I would overeat food that I knew was unhealthy for me, and I’d do it with the thought, “What does it matter? I’m a fat cow anyway.”

When we feel bad about ourselves, we feel depressed and unmotivated. And changing our daily habits requires motivation. Personally speaking, I knew that I was overweight, I was ashamed of it, and I did not feel beautiful. But that alone wasn’t enough to make me change my lifestyle. What made me change was coming to the conclusion that I was strong enough to do it.

So when you make fun of someone or put them down for being overweight, you are not helping them. They already know that people make fun of them for how they look; they are hyper-aware of it as it is. All that you are doing is adding to the issue and making them feel a little bit worse.

If you truly do want to help someone live a healthier lifestyle, then there are a few things that you can do instead:

1. Do not assume that just because someone is overweight, it is because they are living an unhealthy lifestyle. There are plenty of reasons why someone might be overweight outside of inactivity and excessive junk food. Maybe it is genetic. Maybe it is due to a health issue. Either way, the mere appearance of a person’s body does not give you enough information to know if they need a change of lifestyle.

2. Do not present health as something that you can either succeed or fail at. Do not pose a dress size as the trophy that you win once you officially “get healthy.” Getting healthy is not about a short-term diet or achieving a goal; it is a lifestyle, and one that you can take breaks from when you need to. It’s okay to have a slice of cake at your nephew’s birthday party. It’s okay to have a cupcake with your coworkers when somebody brings them in. This is not something that you can fail at; it is just a lifestyle.

3. Do not belittle anyone into doing what you want them to do; encourage them. And, end of day, there is nothing wrong with them if they decide that a healthy lifestyle is not something that they want to pursue. That is their choice to make. It is their body, and they can do with it as they please.

And, more importantly, how does being ashamed of ourselves serve us? How does it make our lives better to hate ourselves?

So to any readers out there, regardless of your body type, all I can say is this: love yourself, and love those around you. Growth does not come from cruel words or belittlement, it comes from strength and encouragement.