How to Fall in Love—without Losing Ourselves. 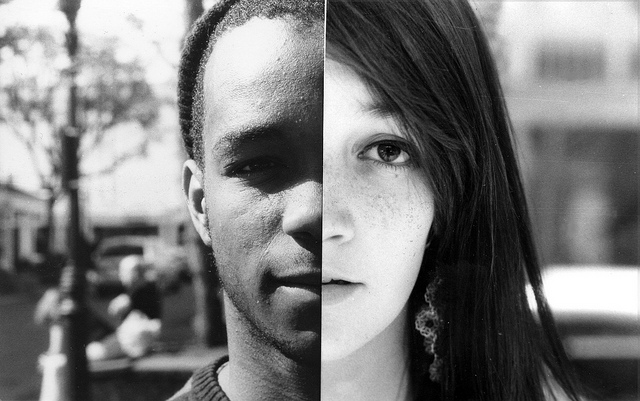 I’ve always considered myself a fairly confident woman—secure in myself, independent, and strong-willed.

But I was taking stock at the end of a relationship and realized that my perception of myself doesn’t line up with the reality, at least not completely. I realized that I tend to engage in a little identity foreclosure when I’m in a relationship. Instead of continuing to do the things that I love, I start to let go of my separate sense of self and merge into the relationship.

I didn’t even realize this was something I was doing. Then I looked back and remembered a conversation where I had discussed my ambition to train for a half marathon. I remember my partner stating that he didn’t see the point of doing anything more than a 5K. Suddenly, my goal seemed unimportant. He was a more experienced long-distance runner, so suddenly, my nice, shiny goal got tossed aside. And it’s not something that he did to me; it’s something I did to myself. I began to focus all of my attention on the relationship, and I slowly began to lose pieces of myself.

The ending of that relationship was a wake-up call. It was like someone threw a bucket of ice cold water on my head in the middle of a dream: sudden, disturbing, and it shocked me right back to my real life.

It took a while for me to get back to all of those things I had loved, but I slowly began to reassemble my life. And I’d finally gotten it back the way I liked—when I fell into the next relationship. Once again, I started putting what I wanted aside to make sure that the person I was with got what he needed.

It took me a long time and an enlightening conversation with a dear friend to realize that my desire to make sure that the needs of others are met stems from childhood. Between wanting to please others and feeling deep concern that they were okay, I found myself worrying over the most trivial things. If I were to take an extra slice of cake at the party, would someone else have to do without? Could we afford for me to ask for that particular toy for Christmas?

Through my concern, I kept putting others ahead of myself, and while it’s great to be compassionate, I didn’t really get exposed to the idea of self-care until well into adulthood. I didn’t realize that caring for ourselves is actually a healthy thing to do. I was too busy worrying about everyone else.

Having an empathic personality sometimes means that I have trouble separating the feelings of others from my own. I can empathize so strongly that I immediately take into consideration the other person’s perspective and often put it ahead of my own. It’s also what contributes to my ability to make excuses for others’ poor choices.

This is compounded by the fact that I have a post-graduate education in counseling and psychology so I can often see why people behave the way they do, even if they can’t see it. Between my childhood, my natural empathy, and my training in the science of human behavior, I often have trouble maintaining healthy boundaries. It seems easier to foreclose on my own identity to keep the other person happy than to stand my ground and evaluate if the relationship is healthy enough to continue.

It’s easy to get lost inside of a new relationship, but it’s not healthy to stay lost. Even if the relationship we’re in is the best one we’ve ever had, we need to have separate identities from our partners.

It’s natural that we’ll share some interests, hobbies, and friendships, and we’ll have some that are unique to us. We need to spend time together as well as apart, enjoying those separate interests. It’s important to maintain that balance. Instead of merging into one identity, we can strive to be two individuals in a romantic partnership. The relationship should enhance those separate lives rather than cancel them out.

We see this type of merging in relationships all the time. It’s the friend who gets in a relationship and then completely stops spending time with us. It’s the couple that insists on sharing one social media page, as if they were one person rather than two. It’s the couple that spends all their time together rather than enjoying time alone or with others. It’s the person who gets in a relationship and immediately sacrifices their opinions and desires and starts spouting their partner’s instead.

It can be hard to hold on to our sense of selves if we don’t know ourselves well. That’s why it’s important that we figure out who we are and what we want as soon as possible. Even if we’re in a relationship, we must still maintain our individuality. We can’t possibly maintain healthy boundaries if we don’t have clarity about who we are. Once that clarity is achieved, we can make sure that the choices we make resonate with the kind of lives we want to lead.

If you’re thinking that this sounds like the plot of “Runaway Bride,” you are not alone. Even as I was writing about my own tendency to lose myself, I began to remember that film and how Maggie couldn’t even decide how she liked her eggs because she just ordered the same kind as her partner.

Blurred boundaries aren’t always that extreme. Often, we know what we like, we just give it up like it’s the natural thing to do in a relationship. We seem to expect that we’ll have to give up something of ourselves to be with another human. And I’m not talking about healthy compromises where we work through differences; I’m talking about giving up things we enjoy because it might inconvenience the other partner or because we’d have to do it alone.

Healthy boundaries are a great thing to have, but they aren’t easy to maintain. It takes work, consistency, and the ability to communicate about our needs. Coming out of a relationship, I am looking at the future differently. I know that I can’t afford to lose myself again. I can’t simply foreclose on my own identity to keep someone else happy.

A relationship built on the need for one partner to give up their identity is not a relationship worth having.

Sometimes, this is why we don’t assert ourselves and maintain our boundaries: we don’t want to see the flaws in the relationship. We act out of fear that we’ll lose what we have if we don’t compromise. I’m sure we have our reasons. It just seems like the sacrifice of self is too big of a sacrifice to make to maintain the illusion of a healthy relationship.

I’ve asked my friends to check me in the future if I begin to lose my sense of self. I trust my support system to be my wake-up call when I lose my way. But I’m also putting checks and balances in place for myself. I have goals that I want to accomplish. Some of them are small, like using a language app to learn a new language. Other goals are incredibly ambitious. But every goal I have is important to me. It doesn’t matter if anyone else sees the value. It matters that I do.

We need to remember that what we want and need is equally as important as having that relationship. We don’t have to compromise ourselves to keep a relationship if it’s one worth keeping. Instead, a healthy relationship will add to our lives, rather than subtract from them. It will complement and enhance the lives we’re living. It will allow us to maintain a separate sense of self. It won’t ever demand that we forfeit who we are to keep it.

How To Find Yourself, When You’ve Lost Yourself.