Is the #MeToo Movement becoming an excuse for Vigilante Justice? 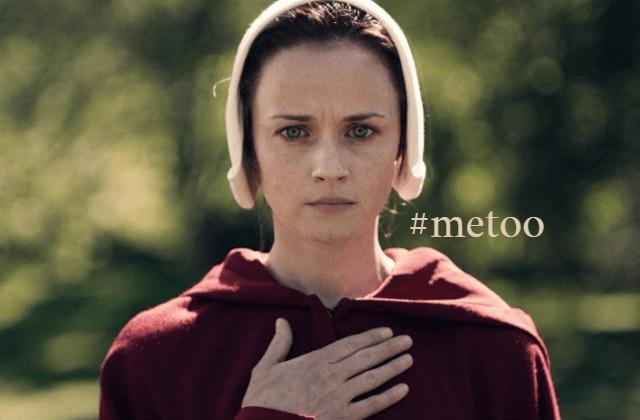 Canadian author Margaret Atwood, best known for her novel, The Handmaid’s Tale, has recently gotten herself in trouble for comments she made opposing the #metoo movement.

Primarily, Atwood’s concerns focused on where the #metoo movement is going, and how the accused will be treated by the general public. She cites a recent incident, involving professor and fellow author Steve Galloway, as one reason for her concern.

In 2015, Galloway was accused of bullying and sexual harassment. This prompted members of the Canadian literary community, including Margaret Atwood, to stand behind him in support. Many then retracted this support, however, when further allegations came out—including bullying, sexual harassment, and sexual assault. Galloway was dismissed from the University of British Columbia, where he taught, but is facing no criminal charges.

Margaret Atwood claims that Galloway’s dismissal was unfair, and she fears that the #metoo movement will lead to vigilante justice.

There have been some who would say so; who would say, yes, these are bad men, but they are good at their job. They are talented artists (or, in Galloway’s case, professors), and they should be allowed to continue doing their jobs.

In Weinstein’s case, I feel the reason he should be let go is fairly obvious; Weinstein’s job put him in a position of power, and a sexual predator can and will abuse that power—as Weinstein did again and again. His job is directly connected to his being a sexual predator—he wasn’t the right one for the role. He wasn’t the sort of person who would do that job without abusing it. He was, in other words, bad at his job.

And in the case of Louis C.K. and Kevin Spacey, who were similarly put in a position of power and adoration and then abused that power, they are both part of industries that have no shortage of competition. There are hundreds of talented comedians and actors in this world who deserve their shot at the job—comedians and actors who don’t happen to be sexual predators.

But let’s talk about Galloway for a moment, because the thing I find interesting about this particular story is it concerns a profession that isn’t part of the media—a more everyday profession. And, while Galloway most certainly does have a system of support and adoring fans, it is to a lesser extent than that of a Hollywood celebrity. This is moving more into the mundane.

And was Galloway’s dismissal from his job unfair? Was this an instance of vigilante justice?

Well, quite frankly, no. I don’t think it is. If a person is poorly qualified for their job, then they should not have their job. And an alleged bull and sexual predator is not the right candidate for the role of professor.

There is another story that came out of Canada recently, this one focusing on George Brown college in Toronto, where several former students of the acting program have come forward to discuss suffering abuse, humiliation, and harassment from the faculty of the school. These are people who wanted nothing more than to pursue their dreams, to become qualified, and instead, they were belittled, picked apart, and abused to such an extent that it affected both their mental and physical health—all of this caused by the very people who were supposed to help them, their professors.

Professors have a huge task to fulfill, as all teachers do. Professors are there to teach people. They are in control of their students’ grades and education and, yes, even their lives, to a certain extent. A bad professor can easily hurt a person’s chance at getting the job they are working so hard to qualify for, or they can kill a person’s self-esteem and motivation.

And, yes, Galloway’s first accuser was, in fact, a former student.

But what about the fact that Galloway faced no criminal charges? Is he being punished for a crime that the law hasn’t recognized that he committed? Well, this is where the argument gets complicated.

Just because Galloway hasn’t been charged with anything, that doesn’t necessarily mean that he isn’t guilty. Out of every 1,000 rape cases, after all, only seven will lead to a felony conviction, and this is not because the majority of allegations are false. It is estimated that somewhere between two and six percent of allegations are false. So, yes, that does mean that the majority of sexual predators will go without any legal punishment for their crime.

Does that mean we should turn to vigilante justice to fix this problem? No, that isn’t what I am saying—although we do desperately need to fix a legal system that allows the vast majority of sexual predators to walk free and go unpunished. What I am saying is that the University of British Columbia is under no obligation to keep a man under their employ when all evidence points to the fact that he is not good at his job and should not be allowed to keep it, especially not when allowing him to keep it would send a message to his victims that what he did to them was okay. And sexual assault is already a rampant problem in colleges and universities.

So, no, from what I have observed thus far, the #metoo movement is not leading toward vigilante justice. What the #metoo movement is creating is a society where sexual assault and sexual harassment is taken more seriously and discussed more prominently. There was once a time when a man like Galloway might have been allowed to keep his job, and continue to harass, assault, and bully students who are simply seeking an education.

But times are changing, and we are no longer willing to accept these things. We are creating a world where a woman might be allowed to seek an education without fear of being treated differently or unfairly by her teacher.

And, hopefully, this influence can continue to spread to all industries.

Has the “Me Too” Movement Gone too Far?