The Fundamental Ethics of Yoga & Food. 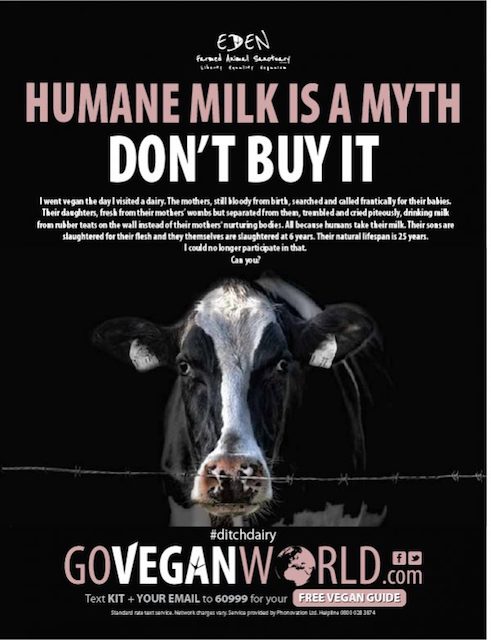 “All beings tremble before violence. All fear death. All love life. See yourself in others. Then whom can you hurt? What harm can you do?” ~ Dhammapada 129-130

Historically, yogis were vegetarian, and many are now shifting to vegan.

This is because the ethical basis for a yogi, even before postures are considered, is the first of the Eight Limbs of Patanjali’s Sutras: Ahimsa, which means nonviolence.

If we are practicing or teaching yoga poses named after and mimicking the same animals we then eat, isn’t this supporting the same violence we fundamentally oppose?

If we want to lead a more compassionate lifestyle, not to mention one that’s better for our health and the earth’s sustainability, then eating a plant-based vegetarian or vegan diet, as numerous studies now show, is one way to do so and have an enormous impact.

Shifting to a compassionate way of eating does not have to be hard.

There are amazing organizations doing great work to educate the masses on how to live healthily and cause the least amount of harm to animals and the earth. Mercy for Animals and PETA are two such organizations, and they even provide vegan starter kits and a plethora of online recipes and videos for ideas.

Yoga Masters Dharma Mittra and Sharon Gannon of Jivamukti yoga, both based in New York City, are advocates of the idea that going vegan is necessary in order to live a true yogic lifestyle. Dharma Mittra says, “If you are interested to go deeper into yoga, you should read The Yoga-Sutras and The Hatha Yoga Pradipika. For those just interested in living a more ethical life, there’s The Dhammapada.” He also says, “The action of compassion is to see yourself in others.”

“By enslaving other animals and abusing them through lifelong torture, degradation and eventual slaughter, we deprive them of freedom and happiness. How can we ourselves hope to be free or happy when our own lives are rooted in depriving others of the very thing we say we value most in life—the freedom to pursue happiness? If you want to bring more peace and happiness into your own life, the method is to stop causing violence and unhappiness in the lives of others. We cannot demand something that we ourselves are not willing to embody.

Through the practice of yoga and veganism, we can realize that we were meant to live in harmony with all the other animals and all of life. We come to know that our physical bodies function better without having to instill fear into others and to kill them, and that there is no nutrient that we need that we can’t get directly from plant sources or from sunlight. We come to recognize that our old bodies can be transformed and become light and whole—holy bodies, used as vehicles to bring peace. The fork can be a powerful weapon of mass-destruction or a tool to lead a movement of peaceful coexistence. Eating a compassionate vegan diet will stop war, create peace in one’s body, peace with the animal nations, and peace on Earth.”

A yogic diet is a vegetarian diet, one in which vegetables, fruits, nuts, grains, and dairy (in small amounts) are eaten in balance to create optimal health and vitality. Due to the harmful nature of modern factory farming to both the animals and the land, I feel a vegan diet (no animal products whatsoever) is now the more compassionate choice.

It’s also interesting that so many are “going green” by recycling more and being more mindful of eating organic foods, when in fact the most support one can offer to Mother Earth is to eat less or no meat.

According to PETA, “You save more water by not eating a pound of meat than you do by not showering for six months!” 2,500 gallons of water are used to make one pound of U.S. beef, and agriculture is responsible for 80 to 90 percent of U.S. water consumption per the USDA Economic Research Service.

Consider this as well: according to Cowspiracy, animal agriculture is responsible for up to 91 percent of Amazon destruction.

For myself, what is most important is not causing harm to innocent living beings that love and nurture their young, feel fear, tremble in pain, and want to live and enjoy life, just as humans do.

I am a voice for the animals, and do hope humanity learns to live in a harmony with all of the earth’s inhabitants in this modern age.

“If you want to stop taking mutton, fish, etc., just see with your own eyes the pitiable, struggling condition of the animals at the time of killing. Now mercy and sympathy will arise in your heart. You will determine to give up flesh-eating. If you fail in this attempt, just change your environment and live in a vegetarian hotel where you cannot get mutton and fish, and move in that society where there is only vegetable diet. Always think of the evils of flesh-eating and the benefits of a vegetarian diet. If this also cannot give you sufficient strength to stop this habit, go to the slaughterhouse and the butcher’s shop and personally see the disgusting, rotten muscles, intestines, kidneys and other nasty parts of the animals which emits bad smell. This will induce Vairagya (dispassion) in you and a strong disgust and hatred for meat-eating.

All slaughter-houses should be abolished, and the use of animal flesh as food should be absolutely given up. Flesh-eating is unnecessary, unnatural, and unwholesome. The countless instances of reputed philosophers, authors, scholars, athletes, saints, Yogins, Rishis who lived on vegetable diet conclusively prove that vegetarian diet produces supreme powers both of mind and body, and is highly conducive for divine contemplation and practice of Yoga. “

By eating to a nonviolent way of eating and living, we can truly practice selfless service. 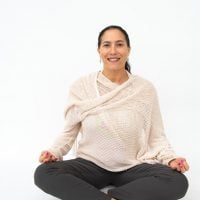